Two commercial whaling vessels departed on the 10th and 11th of June from the Japanese ports of Shimonoseki and Innoshima to kill up to 187 Bryde’s whales and 25 sei whales.

The whaling ship Yushin Maru No. 3 and the whaling mothership Nisshin Maru will begin the hunts on the 15th of June. Both are expected to return to the port of Shimonoseki in mid November.

This cruel practice continues despite a dramatic decline in whale meat consumption in Japan. Only a small but influential group of politicians and whaling industry stakeholders drive the country’s whaling interests. In 2020, the Japanese government subsidised its struggling whaling industry with over 5 billion Yen (nearly £40m). 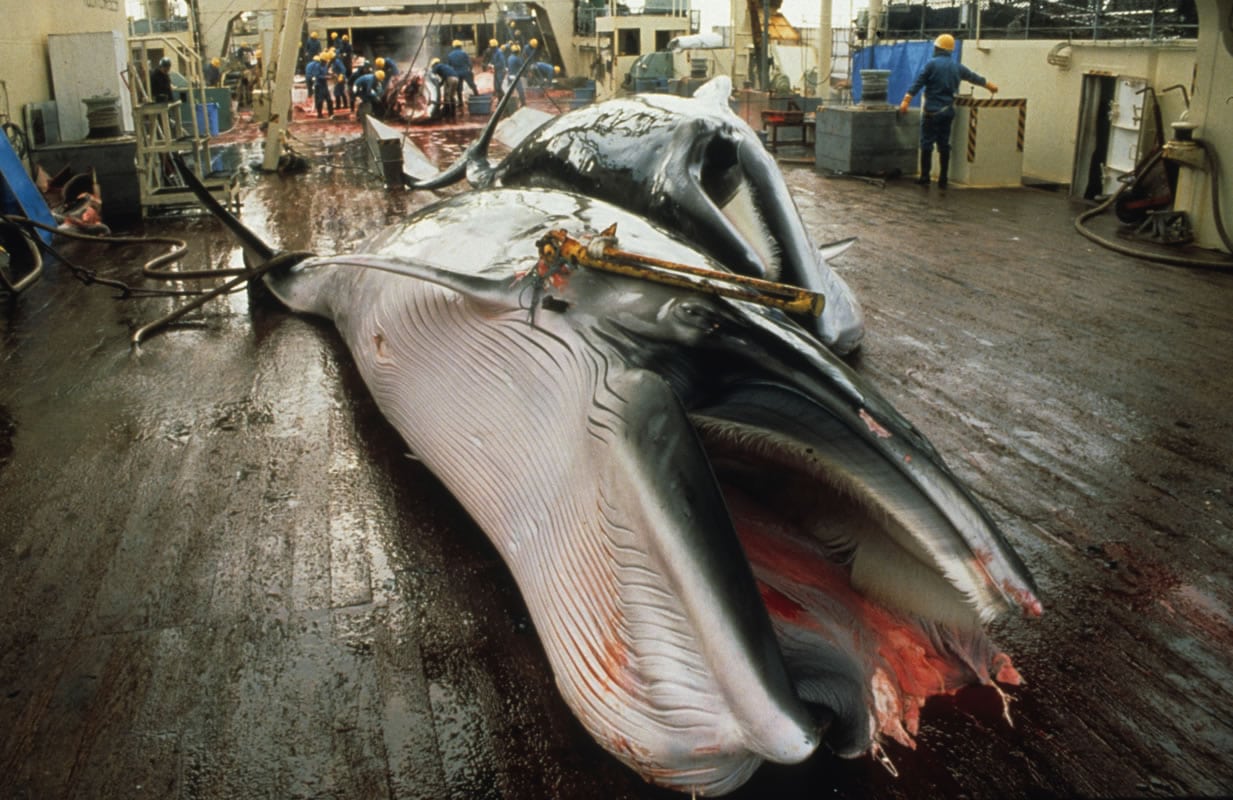 Both history and current practice show that whaling can never be sustainable, controllable or humane. Yet few people, let alone governments, are aware that recovering whale populations can help fight the damage we cause.

Will you make a donation to help us keep fighting to stop whaling?