Peale’s dolphins are monochrome beauties endemic to the waters of southern South America.

Weighing in at just over a modest 100kg, Peale’s dolphins are actually the largest of the southern hemisphere’s three species of the genus Lagenorhynchus. Harshly persecuted over the years, significant numbers of dolphins were killed by fishermen using them as bait and food.

Chunky little dolphins, Peale's dolphins have sturdy bodies with short, slightly pointed beaks. Sporting elegant black or dark grey tones across their heads, backs, pectoral fins and flukes, their bow-shaped dorsal fins have dark grey leading edges fading to a smokey grey. Showing off light grey hues from their eyes to under their dorsal fins, they also have a light grey brushstroke that narrows as it runs from the tail to the middle of the back.

To complete their envy-inducing garb, Peale’s dolphins have small, bright white patches behind their pectoral fins. Their bellies are a startling white that fades to black towards their tails. Separating their white bellies from their much darker sides, these dapper dolphins also have a fine line running along their flanks.

Peale's dolphins are most often found in small groups of 20 dolphins or less, but these pods can sometimes grow to be 100-strong. Choosing to move at a steady pace, they tend to hold back on their acrobatic prowess and are usually seen swimming quietly along. That is, unless there’s a wave to be had. Effortlessly agile, Peale’s dolphins are not averse to a bow-ride or two and will sometimes approach boats to catch a quick surf on the wake. Social beings, Peale’s dolphins are generally quite content in the company of other dolphins, including Commerson's and Risso's.

The total population size of Peale's dolphins in unknown.

Sometimes venturing into the southern Chilean fjords, most of the time Peale’s dolphins are found swimming in shallow coastal waters like kelp beds looking for food. Among their favourite meals, Peale’s dolphins will happily eat small squid, octopuses, fish and crustaceans.

Where are Peale’s dolphins found?

Peale's dolphins live in coastal waters off the southern tip of South America, from about 33ºS in the Pacific to 38ºS in the Atlantic. Venturing into some wild and wonderful locations, they can also be found in Tierra del Fuego, Magellan Strait, Cape Horn and around the Falkland (Malvinas) Islands.

Once taken in large numbers for bait in fisheries in southern Chile, the number of Peale’s dolphins being killed in unsustainable practices is still a major concern. Causing further devastation, Peale’s dolphins are also hugely at risk from coastal gillnets, increasing oil and gas activity, aquaculture developments and coastal habitat degradation. 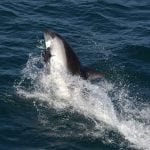 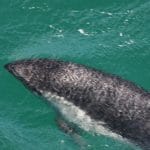 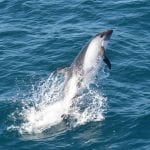 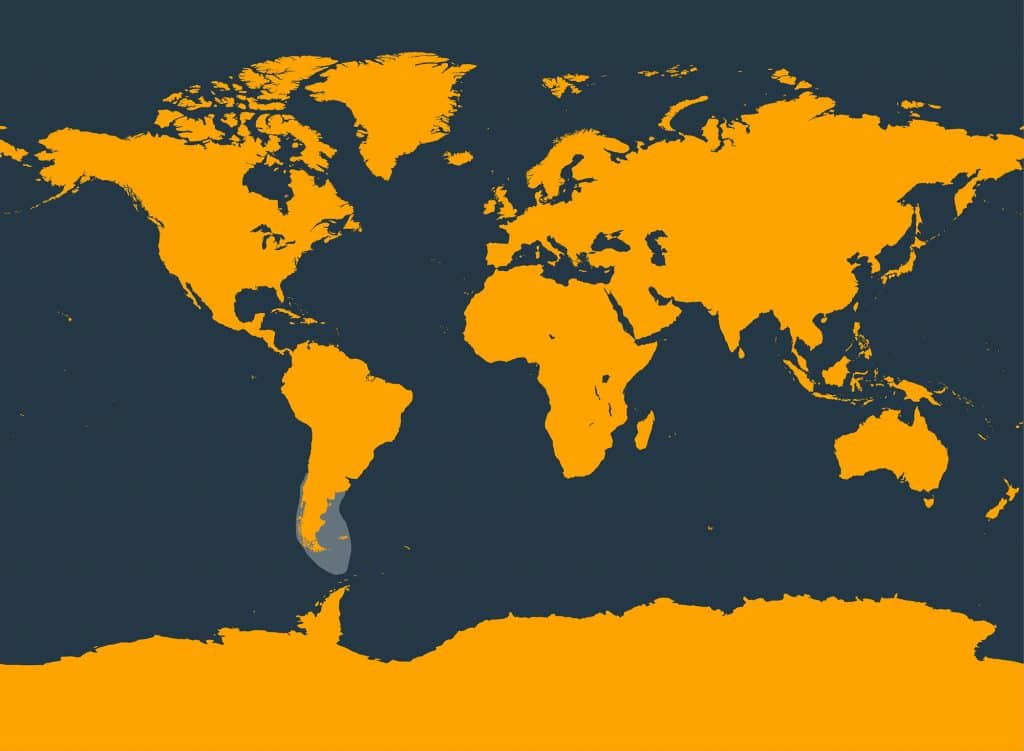 You can help save Peale's dolphins...

By supporting WDC, you can help Peale's dolphins to live safe and free. Together, we can: