As the name suggests, Hubbs' beaked whale was discovered by Carl Hubbs.

Unfortunately, like other whales in this family, little is known about this mysterious lover of the deep.

The male Hubbs' beaked whale is one of the few beaked whales that can be easily and positively identified at sea due to three very distinctive features; a raised white forehead (or white 'cap'), stocky white elongated beak and a strongly arched lower jaw with 2 large tusks in the middle and clearly visible when the mouth is closed. The male is dark grey to black in colour and the skin is scratched with long, white scars. The female has a longer beak and less strongly arched jaw from which the teeth do not erupt. The female also lacks the white forehead and both the females and immature whales are medium grey with pale grey undersides. The Hubbs' beaked whale has a rotund spindle-shaped body similar to many of the other beaked whale species and the flippers and dorsal fin are relatively small.

As there are relatively few confirmed sightings of this species there is little understanding of its behaviour. The scars on the male suggest that they may fight each other, perhaps in competition for females.

What do Hubb's beaked whales eat?

Like other beaked whales and other deep divers, they are thought to feed primarily on squid, although some smaller fish species may also be taken.

Where do Hubb's beaked whales live?

The male Hubbs' beaked whale is one of the few beaked whales that can be easily identified due to its distinctive features, not least its ‘tusks.’ 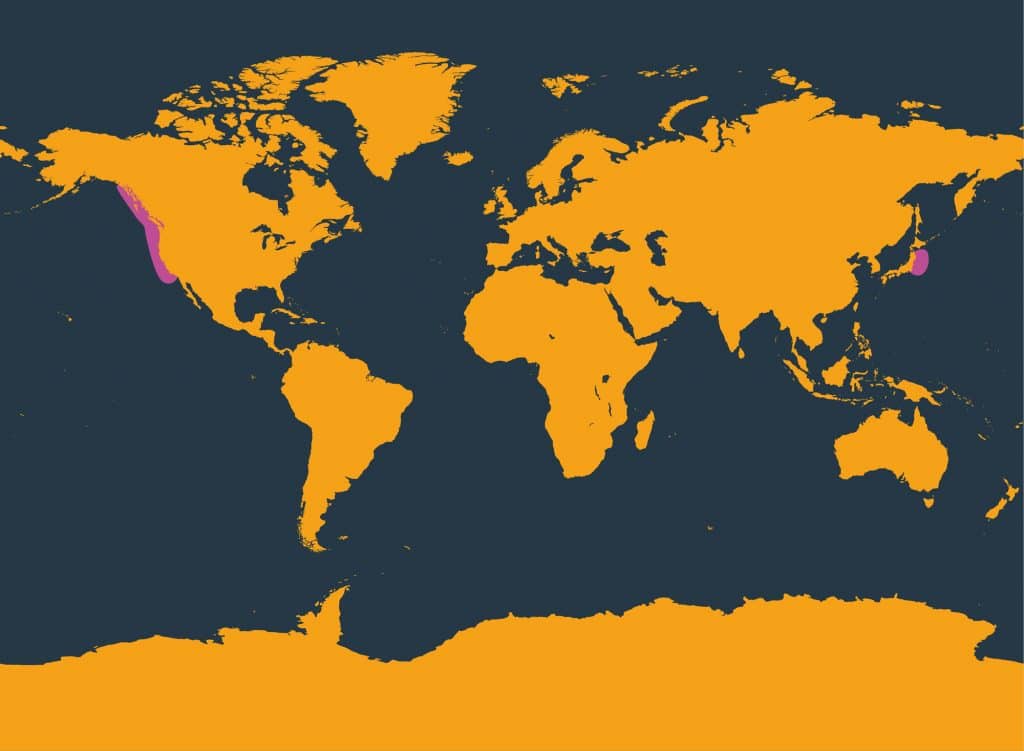 You can help save Hubb's beaked whales...

By supporting WDC, you can help Hubb's beaked whales to live safe and free. Together, we can: