Porpoises hunt fast-moving fish, squid, and other sea creatures.  They have blubber to keep them warm, a single blowhole, and most have a dorsal fin and countershading camouflage which means they are darker on their back than their belly.

The porpoise family has seven porpoise species: harbour porpoise; vaquita (critically endangered); Burmeister’s porpoise; spectacled porpoise; Indo-Pacific finless porpoise; narrow-ridged finless porpoise; and Dall’s porpoise (the largest). Porpoises are generally small (less than 2.5m long); they live in coastal, offshore and some river habitats.  They have blunt heads, without distinctive beaks, small triangular dorsal fins - except the finless porpoises who don’t have a dorsal fin at all! Their teeth are small and spade-shaped.  Like dolphins they are darker on top and lighter underneath for camouflage purposes.

Porpoises live in small social groups and are thought to have simpler social lives than dolphins. Compared to many dolphins, porpoises grow quickly, breed at an early age and do not live beyond 20 years. For example many female harbour porpoises start breeding before they are three years old, at the same age,  bottlenose dolphins are still staying close to, and learning from, their mothers.

Entanglement in fishing nets poses a major threat to many species of porpoise while in some parts of the world they are also deliberately hunted. 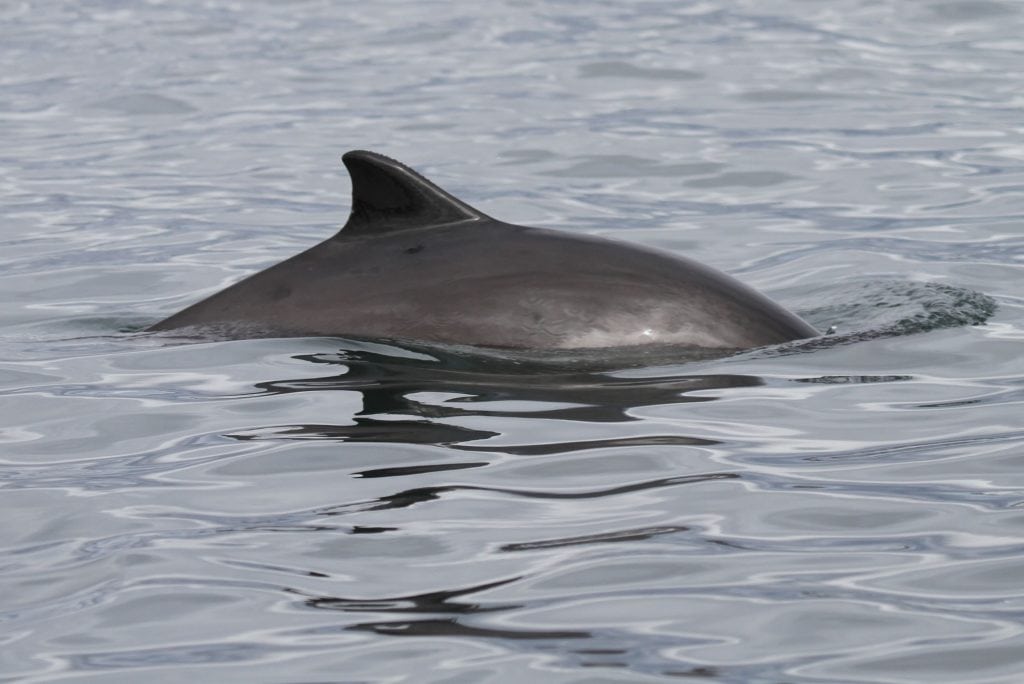 Find out more about porpoises

Which is the world's most endangered porpoise?

The vaquita, which in Spanish means ‘little cow’, is the smallest porpoise in the world, and also the most endangered. The vaquita lives only in Mexican coastal waters, in a small area of the northern Gulf of California. The species is in terrible trouble and facing imminent extinction; there are only about 10 individuals left. Accidental capture and death in fishing nets is the cause of their rapid decline in numbers; to put it simply, more vaquitas are killed in fishing nets than are born each year.