Back in 2000, local NGO Fundación Cethus began to study southern right whales in two main areas of Santa Cruz province: Golfo San Jorge and Cabo Vírgenes. These two areas are important for the migration of the species between breeding and feeding grounds.

In recent years, the whales have been increasingly observed close to the coast off Miramar, in Buenos Aires province. This is an important tourist destination during the austral summer. The local authorities have the intention of developing a responsible whale watching activity during the winter, as an attraction to increase the tourism in this period of the year. Studying SRW’s behaviour in the area is, therefore, very important in order to give the authorities advice regarding SRW conservation.

In 2013, at the request of the local authorities for assessment, Fundación Cethus started the Project to study southern right whales in this city with the general aim of getting better protection for the whales in general, and in Miramar and surrounding areas in particular, contributing to the recovery of this species. One way to achieve this aim is to help the town develop responsible whale watching that avoids harming or disturbing the whales and to improve and increase people’s interest towards the conservation of southern right whales, providing local authorities with scientific information also to plan conservation strategies for the species in the area.

This catalogue is complemented by those covering Golfo San Jorge and Cabo Vírgenes in the province of Santa Cruz with 10 and 6 individuals, respectively.

As result of the research developed in the last years we now know that whales visit the waters of Miramar and surroundings between July and October with a peak in August/September. We see mainly adults and some juveniles, and the possibility to see Southern right whales seems to be increasing year by year in the area.

We believe that in order to change people’s attitude towards the whales and install a desire to protect them, it is important to develop knowledge in the local community, especially among young people, about the value of natural resources. For this reason, we are carrying out an educational programme for the community, with emphasis on southern right whales and other cetaceans, and the conservation of the wider marine environment.

We also collect information on this species with dedicated observers from opportunistic ship-based surveys along the Argentinean shelf waters, with the aim of better understanding the migratory routes connecting calving and feeding grounds for these whales.

This project contributes to the protection of this population along its wider range by increasing knowledge about southern right whale migration routes and joining the international conservation efforts made by Argentina, Brazil and Uruguay with the support of the International Whaling Commission (IWC). In 2012 the IWC adopted the Conservation Management Plan (CMP) for the Southwest Atlantic Southern Right Whales, with the overall objective of protecting SRW habitat and minimizing anthropogenic threats to maximize the likelihood that the population will recover to healthy levels and recolonize their historical range. 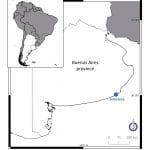 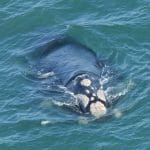 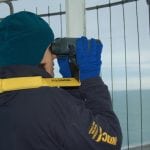 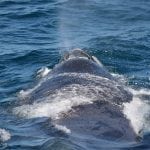 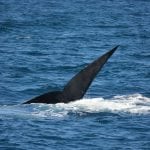 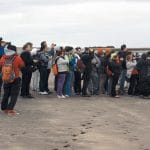 Further Information: Scientific Papers we have contributed to. 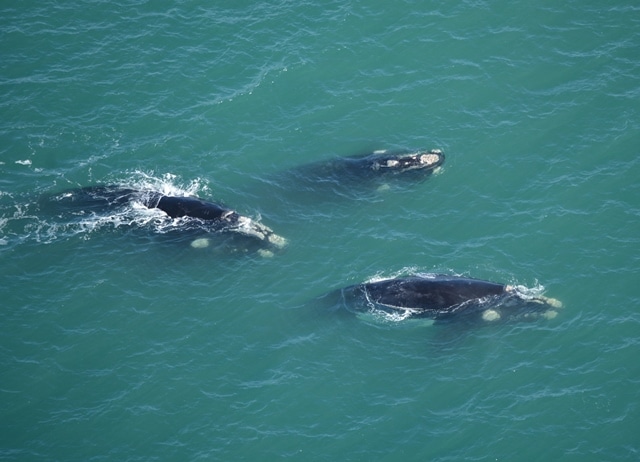