Dolphins are small toothed whales, or ‘odontocetes’ which means ‘toothed sea-monster’ in Greek.  They are grouped into five families; the ocean dolphins are the biggest family with 38 species; there are also four river dolphin families each with only one member.

All dolphins are highly mobile, powerful predators who hunt fast-moving fish, squid, and other sea creatures.  They have super-streamlined bodies, blubber to keep them warm, a single blowhole, and most have a dorsal fin and countershading camouflage which means they are darker on their back than their belly.

The ocean dolphin family is very large and diverse; it has 38 members.   The largest ocean dolphins are the orca, pilot whale and false killer whale. The smallest are the New Zealand dolphin and tucuxi.  Other ocean dolphins include Risso’s, striped, spinner, spotted, common, dusky, hourglass, rough-toothed, white-beaked, Commerson’s and bottlenose dolphins.

Oceanic dolphins are found in all the world’s oceans and seas and from the equator to the ice edges. However, the majority of species live in warm and tropical waters and only orcas live near the polar ice sheets. Many species prefer off-shore, deep-water habitats, and others are more coastal.

The number of teeth they have ranges from 14 (Risso’s dolphin) to 240 (spinner dolphin).  The shape, size and even position of their teeth varies depending on their preferred prey.  Most ocean dolphins have lots of conical-shaped teeth which are best for grabbing fish. Squid-hunting specialists, such as Risso’s dolphins, have fewer teeth as they suck the squid into their mouths.

Dolphins are sociable creatures and typical group sizes for the different species can range from a few individuals to larger pods, to those numbering hundreds or even thousands in deep water. Dolphins have an array of vocalisations such as clicks, whistles and squeals which they use for their well-developed communication and echolocation skills. Dolphins are intelligent; examples of behaviour seen in the wild which demonstrates their intelligence includes cooperative hunting, play behaviour, and tool use.

Dolphins give birth to one baby at a time after a pregnancy between nine and 16 months. Mothers feed their babies with their own milk and take care of them for a number of years, during which time they teach their youngsters how to thrive independently. The sons and daughters of resident orcas will stay with their mothers throughout her lifetime.  Lifespan varies from around 20 years in the smaller dolphin species to 80 years or more for larger dolphins such as orcas. 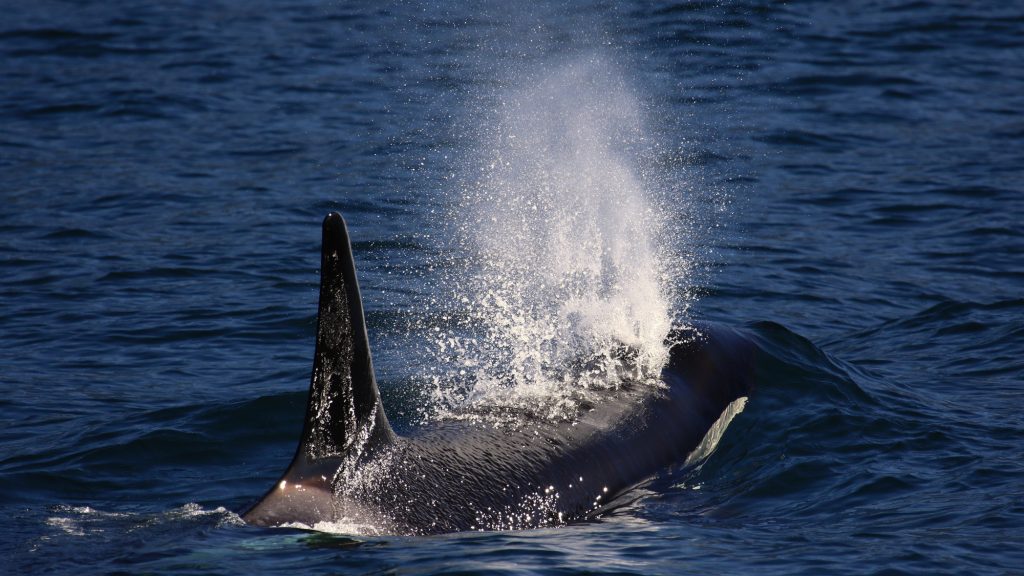 The ancestors of river dolphins were marine, but river dolphins look quite different from their modern day ocean relatives. This is because river dolphins look like early or primitive marine dolphins; they have slender beaks with numerous teeth, small eyes, flexible necks and bodies, pronounced forehead melons, large flippers and undeveloped dorsal fins.

Despite sharing many similarities, the river dolphin species live in geographically separate river systems around the world and they are not thought to be closely related to one another. They were separated geographically from one another and have evolved independently for millions of years. Their shared looks are simply down to them all evolving to live in river environments.

One species, the franciscana, is considered a river dolphin, although they live in large estuaries and along the coast of Argentina, Uruguay and southern Brazil. The franciscana is closely related to the Amazon River dolphin and their ancestors are thought to have lived in rivers.

The modern river dolphins now only survive in South America and Asia. Botos live in the Amazon and Orinoco river systems and flooded rainforests of South America.  Asian river dolphins live in two separate river systems – the Ganges of Nepal, India and Bangladesh and the Indus of Pakistan.  The pink Amazon River dolphin or boto is the best-known river dolphin.  In terms of numbers, the boto is the healthiest of the river dolphins mainly because the Amazon has not yet been exploited by humans to the same extreme levels as Asian rivers. However, this situation is rapidly changing as human populations grow and transform rivers for their own needs.

River dolphins are among the most seriously endangered of all dolphins because they live in space-limiting freshwater river systems, amongst millions of people who compete for the same natural resources.  Unfortunately the future prospects for river dolphins are likely to worsen as threats to them and destruction of their habitats continue to increase. 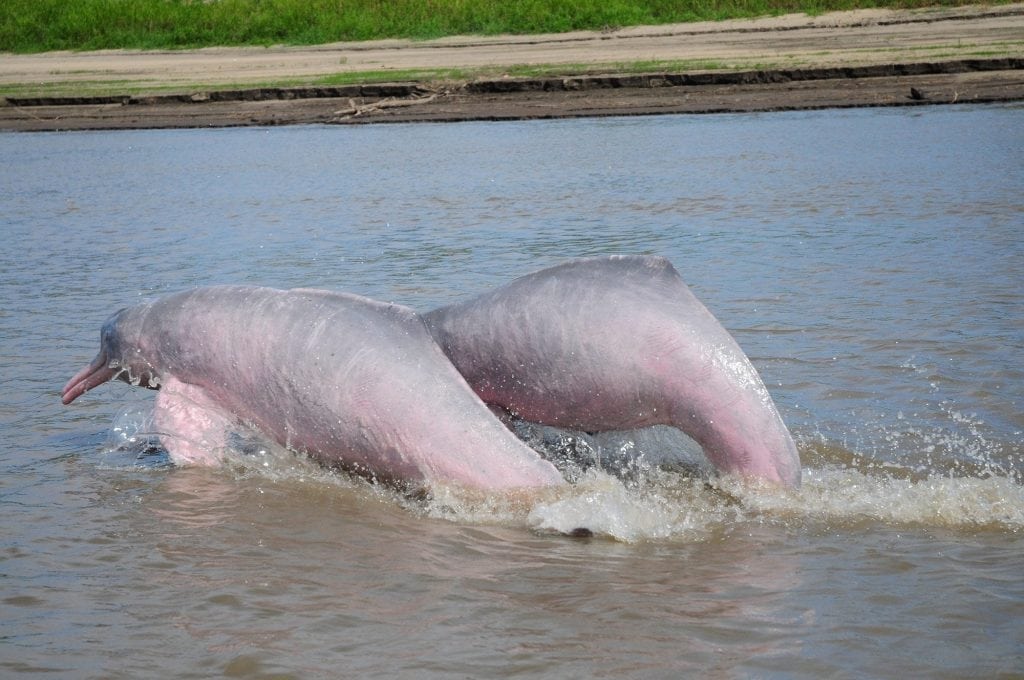 Which is the world's most endangered dolphin?

Maui's dolphin is also on the brink of extinction. Maui’s dolphin is a sub-species of the New Zealand dolphin that lives only in coastal waters of part of North Island, New Zealand. Maui’s dolphins are facing extinction; there are now less than 50 individuals left living along a 22-mile stretch of coastline. The problem causing this rapid decline and indeed the decline of Hector’s dolphin (the other New Zealand dolphin sub-species) in South Island is entanglement in fishing nets.