Who leaves a gift in their Will to WDC 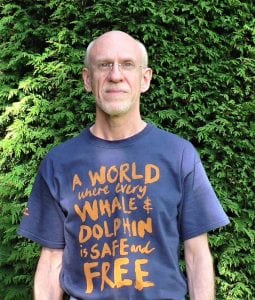 Michael has been a WDC donor for almost 30 years and decided that a next step would be to leave a gift to WDC in his Will.

I have always loved animals and developed an affinity for dolphins as a small boy while watching Flipper on TV in the mid-60s and a dolphin ‘performance’ at a marine circus in Majorca. I could see how intelligent these creatures were and how friendly they appeared. At that age, in those times, I thought that the dolphins were enjoying themselves; how wrong I was! In my twenties, I started watching wildlife programmes on TV and learned about endangered species. I became aware of the human threats to whales and dolphins and wanted to do something to help. In 1989, I saw an advert for WDC, or WDCS as it was then, in a wildlife magazine and accordingly joined. Now, at the age of 59, I have been a member of WDC for 28 years and, over this period, I have seen slow but sure progress being made in our long journey to protect these intelligent, sentient creatures. I feel very strongly that the fight must go on, however long it takes. To this end, I have bequeathed a percentage of my Estate to WDC in my Will to help in our mission to achieve a world where every whale and dolphin is safe and free.

Carol has supported WDC since 2017 and joined by signing a petition asking the UK government to introduce national laws to protect whales and dolphins in UK waters from dying in fishing gear.

I fell in love with cetaceans after reading an article about Tilikum many years ago. I think I have read most articles and watched most of the YouTube videos about him and his sad life. After reading his story I became fixated with orcas and any opportunity I get I read up about them. I’m now closely following the stories of both Lolita and Morgan. There is something about a whale’s eye that just melts my heart.

I hope in my lifetime the numbers of Southern Resident orcas will increase, it’s totally shocking hearing year in, year out how these orcas have diminished in numbers, now down to 75, it’s heartbreaking. We don’t have any children but are both avid animal lovers and it made sense to me and makes me feel so good knowing that a portion of my estate will eventually look after these wonderful creatures.

I still think people, in general, say the word ‘Will’ in a whisper or hushed tone and I accept it is a private matter. However, I’m the complete opposite, I’m exceptionally proud to tell as many people - who will listen to me - about WDC and the powerful work they do for whales and dolphins who still swim free and the ones who have to endure their horrific lives in captivity. I try and do as much I can to help out and these are the reasons why I chose to acknowledge WDC in my Will and boy does it make me feel sooooo good. I feel if I tell people this it will encourage more to do the same. I appreciate people have their families to think about and when people say this to me I just say I understand but just stop and have a think about it, even just a small portion of their estate, it all adds up. So many people say they are leaving money to charitable organisations which are about ‘people’, I just say that’s fantastic, however, please take a minute to look at WDC website, be the voice for our beautiful whale and dolphins and have a think about making a difference to their lives. 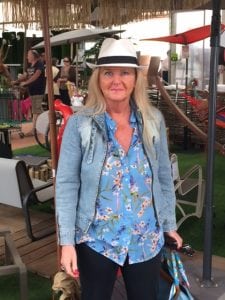 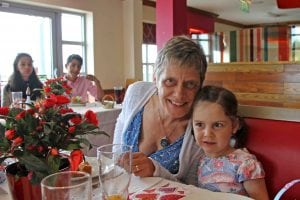 Pat has supported WDC since 2004 as a regular giver and is intending to leave a gift in her Will to protect whales and dolphins.

I have been fortunate enough to see a variety of whales and dolphins living wild and free in different parts of the world. To think that these intelligent creatures are treated with cruelty and disrespect fills me with sadness and anger. If leaving even a small gift in my Will can help to prevent or avert this suffering I am proud to be able to do it. I hope the future will bring more compassionate treatment for the other creatures who share this planet with us.

Brian supports WDC by adopting a dolphin, Spirit, and a humpback, Pepper.

I support WDC because I care about all wildlife, but to me, orcas represent all marine life. The first two orcas to pull on my heartstrings were Shamu and Keiko, the star of the Free Willy films.

Marine mammals are an important part of the world ecology and biodiversity. People are still using cruel and barbaric ways to kill our marine life as well as whales and dolphins dying in fishing gear and from pollution.

As a supporter of WDC, when the time comes, it will be a privilege to leave a gift in my Will to help protect whales and dolphins from all of the threats they face. 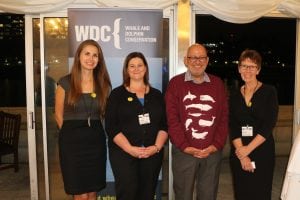 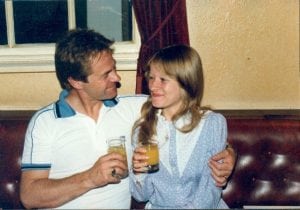 Mike has supported WDC financially as an adopter for over 15 years and decided he would like to leave a gift to WDC in his Will.

In 2003, I lost my daughter, Tania. She loved dolphins and now I adopt Sundance in her memory. And although Tania’s memory will never go away, Sundance helps remind me of her. I am leaving a gift in my Will as my hope for whales and dolphins is they live safe and free without being caught in nets.