EU must get tough on Japan

Japan continues to defy international agreements and global opinion. The International Court of Justice ruled Japan's Antarctic hunt illegal, but Japan just gave it a different name and carried on. In their latest Antarctic hunt they killed 333 endangered fin whales. If previous figures hold true, most of them would have been females and many of them pregnant.

What change do we want to see?

We want the European Union to use its trade talks with Japan as an opportunity to get tough on Japan's whaling and threaten economic action.

Together we need to: 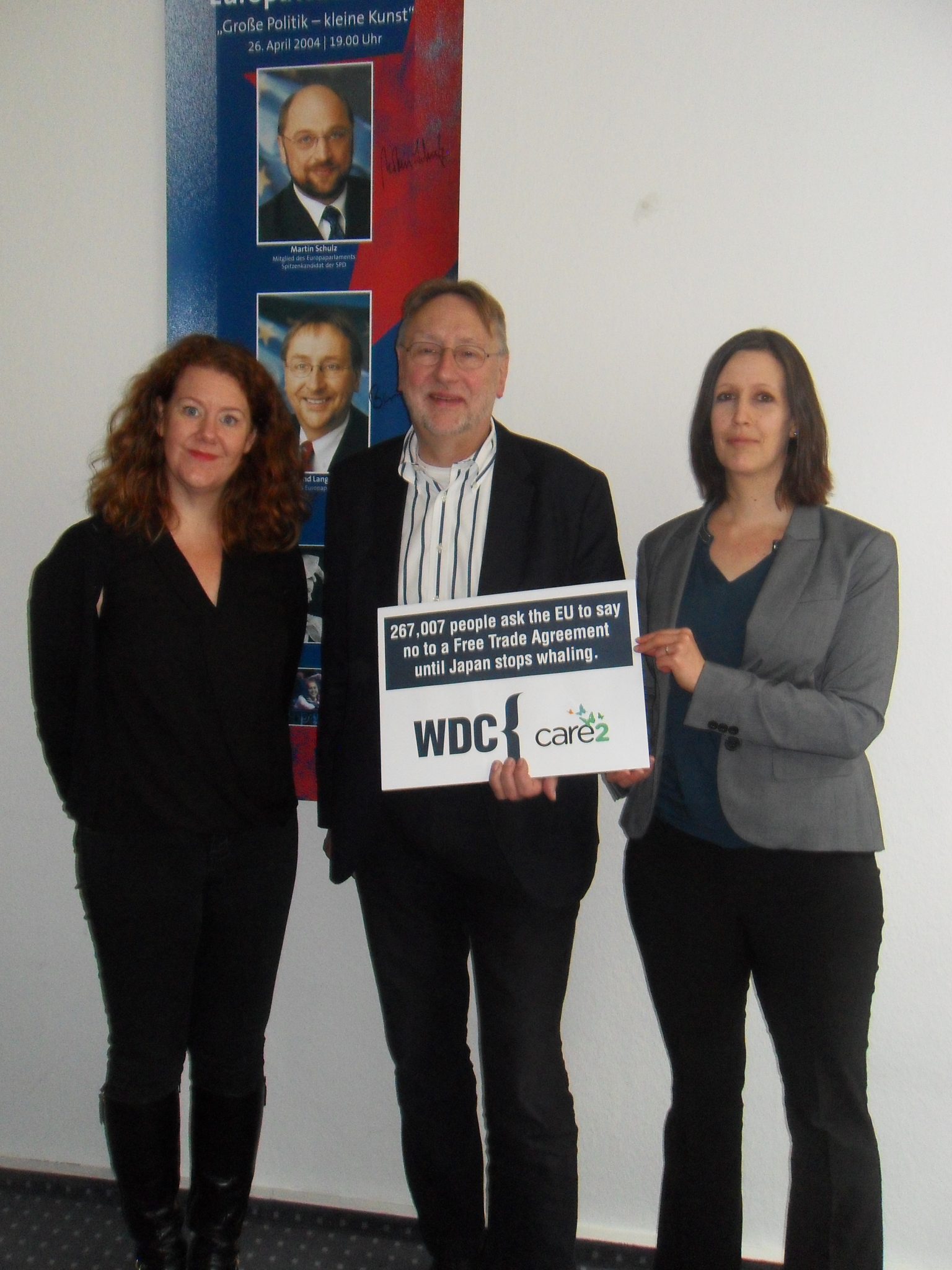 The Story so far

We presented almost 270,000 signatures to the EU and they are listening to you.

We presented almost 270,000 signatures to Bernd Lange, the chair of the EU Parliament’s Trade Committee in October 2016. He was sympathetic to our campaign and agreed that the stance of the European Parliament on the issue is clear.

We officially submitted the petition to the EU Parliament’s Committee on Petitions and we were invited to present our campaign in November 2017. Many of the MEPS present agreed that whaling should be raised as an issue in the trade talks.

EU Petitions Committee members sent a personal letter to Cecilia Malmström, the EU Commission’s lead in the trade talks, to express their concern. The Committee chair pointed out that the voice of almost 270,000 people should not be dismissed.

When Japan's prime minister announced that Japan intends to find a way to resume commercial whaling, thousands of you signed our letter to saying that the EU Parliament must not sign off on the trade agreement and must get tough on Japan

Raising whaling at trade talks: we've achieved a lot together

270,000 people signed our petition and you got the issue taken seriously by EU.

Overwhelming majority of MEPs agreed that whaling should be raised at trade talks with Japan.

EU Petitions Committee sent personal letter to leader of the trade talks saying that our petition should not be ignored.