Let me tell you the story of an awe-inspiring orca with a fascinating family story ... and then maybe you'd like to adopt her for someone you love this Christmas.

Holly has a wonderfully seasonal name, but it's actually just one of three names she is known by. She was one of the first whales in the Northern Resident orca community to be named, by researcher Dave Bain, and he called her Holly. Later it was agreed that these orcas would be named after local islands, inlets, and other locations in their native British Columbia and so Holly was given her second name - Sonora.

Adopt Holly for someone special

Sonora Island is in Georgia Strait and Holly is known today in some circles as Sonora, but we and OrcaLab have stuck with calling her Holly as she was already so well known to us. Holly’s third ‘name’ is unequivocal as is her alphanumerical identification - A42 - and is used by everyone. Every orca has one of these identifiers assigned to them and it appears in the orca who’s who catalogue alongside photos showcasing each orca’s unique dorsal fin profile and saddle-patch markings.

This orca community numbers only just over 300 individuals, and they specialise in hunting salmon, so their movements are influenced by the salmons’ seasonal migrations. Their range is huge as they roam the entire coastline of British Columbia and beyond into southeast Alaska. They live in closely bonded family groups of mothers, sons and daughters, grandchildren, and great-grandchildren. It is a matriarchal culture and females are the family leaders.

In the wild, orcas can live as long as people. Holly is 42 years old, a mother of six, and a granny to one grandchild so far. Hopefully, she will have more grandchildren in the future. 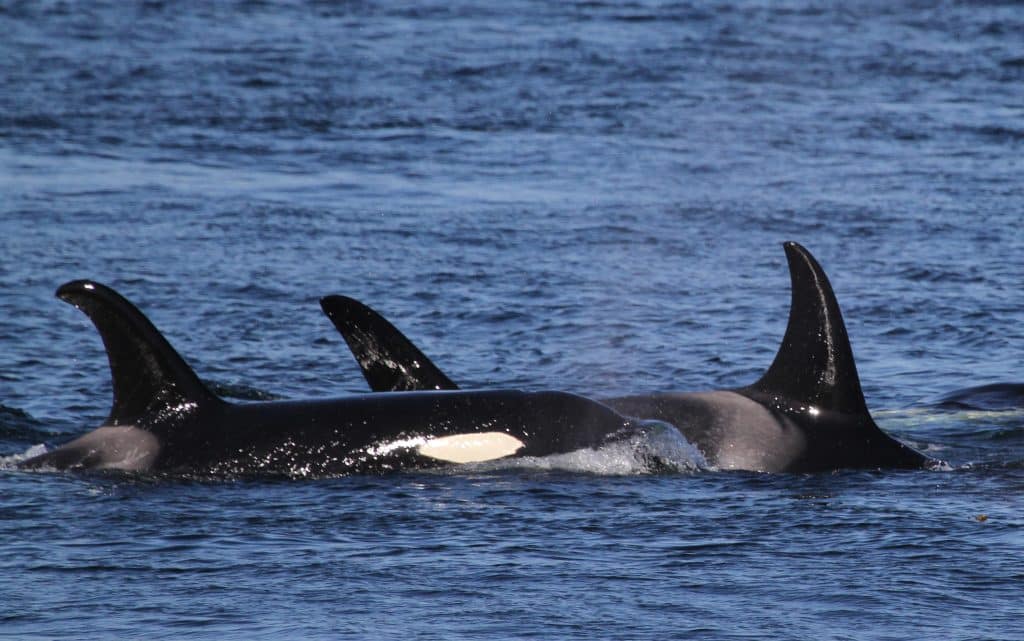 Holly is the orca on the right, swimming with daughter Current and son Surf

Holly’s own grandmother is thought to be a whale called Eve (A9).  We think Eve was born sometime around 1942 and her probable daughter Licka (A8), around 1959. Licka gave birth to Holly in 1980 and 11 years later Holly had her first baby. Holly’s mum, Licka and her older sister, Havannah (A28) are no longer alive and so Holly is the family’s sole matriarch. She is responsible for making important decisions to ensure the whole family survives and flourishes. It's up to her to make sure they find enough food, stay safe, maintain good relationships with other families, and have plenty of time to socialise with one another. 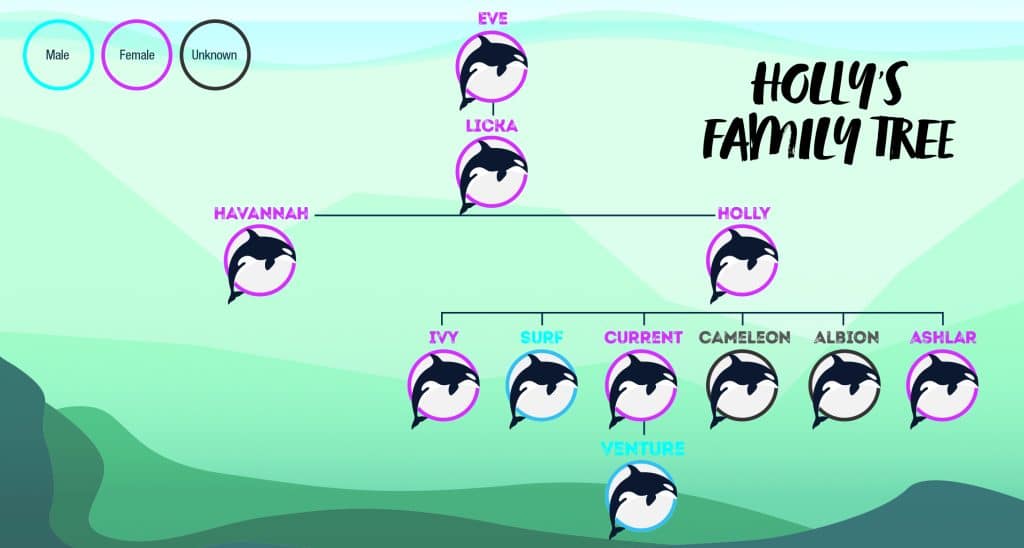 Holly’s sons and daughters will stay with her throughout their lives. Very sadly, her firstborn daughter Ivy died from an infection when she was only five years old. Surf is her eldest son and he is now a 26-year-old mature male; he mates with females from other pods and like all orca males doesn’t play a role in caring for his own children.  However, he helps take care of the younger orcas in his family pod including his siblings and nephew. Holly’s second daughter, Current, is now 18 years old and has a four-year-old son named Venture. Holly’s youngest child is also female - Ashlar. We do not yet know whether her other two children - Cameleon and Albion are male or female. 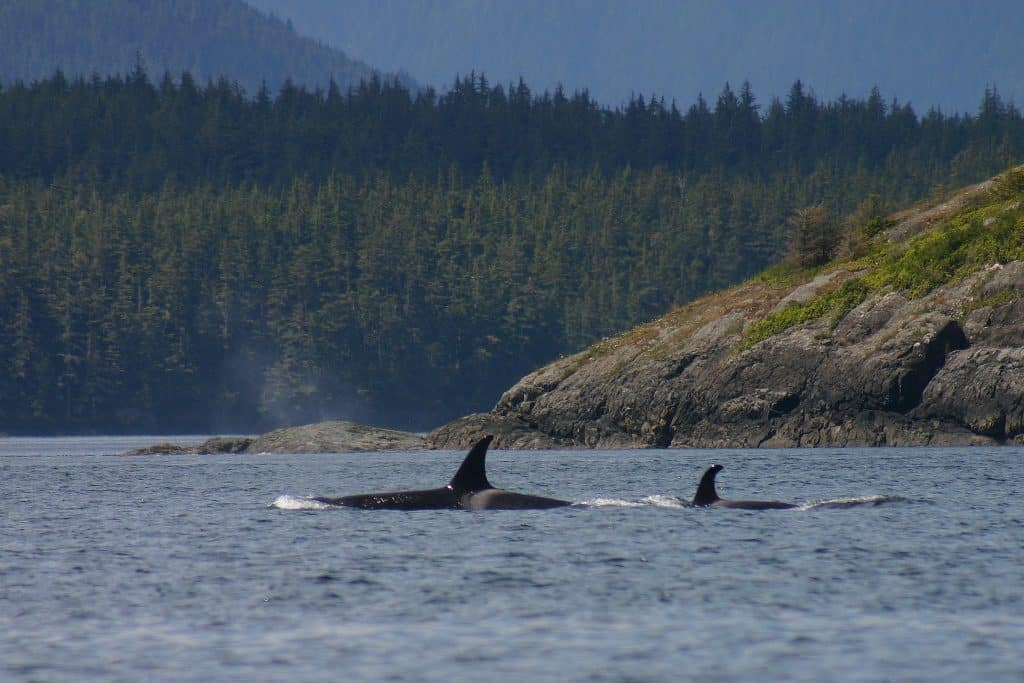 Holly tends to favour the southerly waters of Georgia Strait during the winter months and sometimes during the summer as well. So much of Holly’s family history has been connected with these southerly waters. Before she was born, in 1968 and again in 1969 her entire pod was captured. Tragically, 12 orcas were taken from the wild into captivity. Holly’s mother, grandmother and uncle were among the six who were left behind, no doubt scarred from living through such a traumatic experience. Holly has certainly always avoided the location where her family was captured, speaking to the deep connections within orca families that span generations.

Holly is one of the four wild orcas - Holly, Fife, Simoom, and Bend - you can adopt with WDC as a Christmas gift. The person you adopt for will receive a gift pack as well as a quarterly magazine, and monthly email/video updates. Plus of course, you’ll get that warm, fuzzy Christmas feeling knowing that we’ll put your money to work right away protecting Holly and orcas everywhere from the many threats they face.

Adopt Holly for some you care about.