Everything we learn about the Risso's dolphins off the coast of Scotland amazes us and helps us argue for their protection.

Every time I step onto these islands, I have a feeling of excited anticipation about what this Risso’s research field season is going to bring. WDC started our Isle of Lewis (and Harris) project in 2010 with the knowledge that Risso’s dolphins had been seen regularly in the area. Back then, relatively little was known about them, their habitat preferences, their behaviour and social structure, and importantly, the threats they faced. 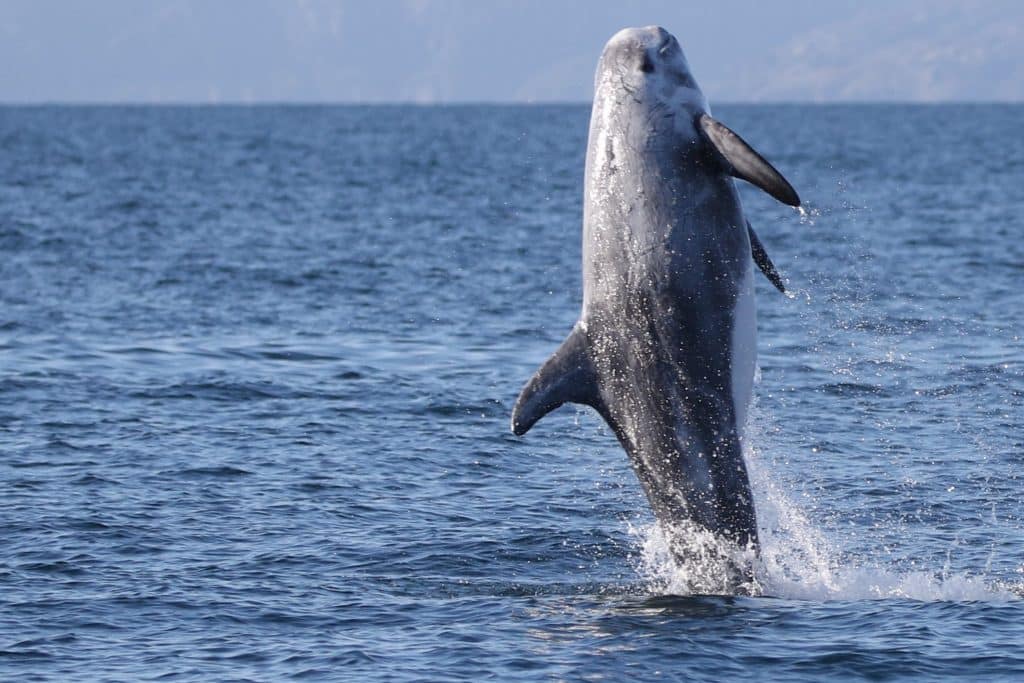 Your donation will help dolphins and whales around Scotland

That first year, we spent almost every daylight hour (of which there are a lot that far north in the summer) looking out to sea from elevated spots on land, documenting everything we saw. and to our great delight, Risso’s dolphins didn’t fail to show up, just not in the numbers reported from earlier years’.

In 2012 we saw only one Risso’s dolphin in the two months we spent in the field. He was accompanying a small pod of bottlenose dolphins who hung around for over six weeks, delighting us with their boisterous behaviour and allowing us to meet their three young calves. We’ve been following and documenting this little family since then, but their story is a whole other blog – back to the Risso’s for now.

This summer we were back for our 13th season. In the years between then and now, our research has gone from strength to strength and though a combination of sound recordings, from acoustic devices left under the water in key locations for months at a time, photography and data analysis, we have built up quite a picture of the Risso’s dolphins who live here. The more we understand, the better we can protect them, and our research has already played a fundamental role in getting the Scottish government to act to keep them safe. 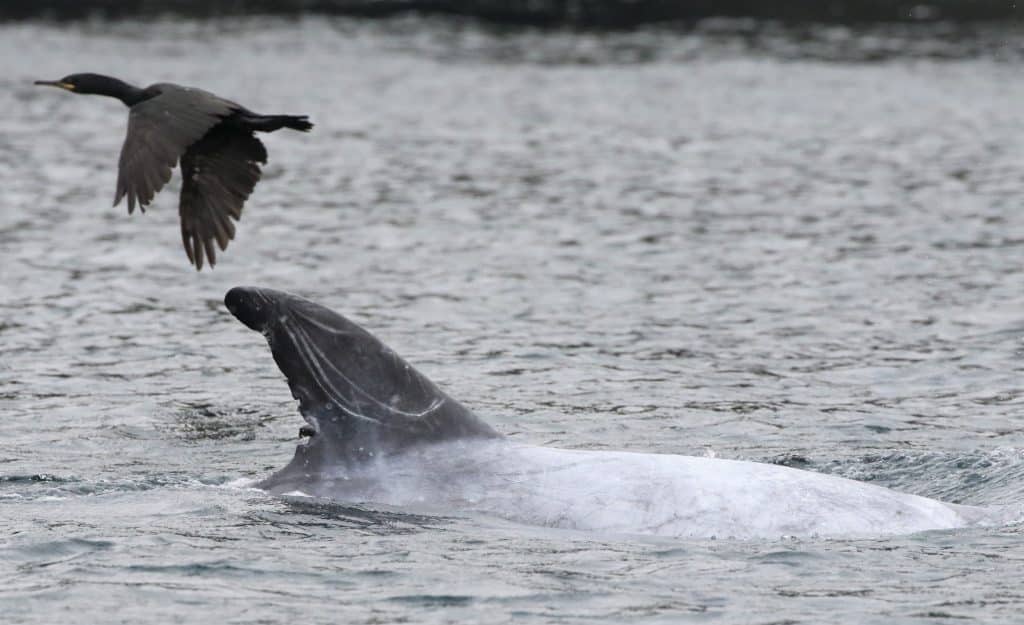 This area is important for Risso's dolphins and many other species

As is the way on the most north-westerly of all UK islands, where you’re as close to Iceland as you are to London, the wind is an almost constant, and when it’s not the midgies are out in force. With gale force storms making their way in from the Atlantic, and no Risso’s reported in the area, we decided to get all the acoustic equipment hauled up and then deployed again.

We’ve got some really cool new pieces of equipment called soundtraps, which will help us to understand these Risso’s dolphins much better. We’re keen to find out more about their use of various habitats during the hours of darkness, which vocalisations they use and how often, and how far vocalisations can travel. 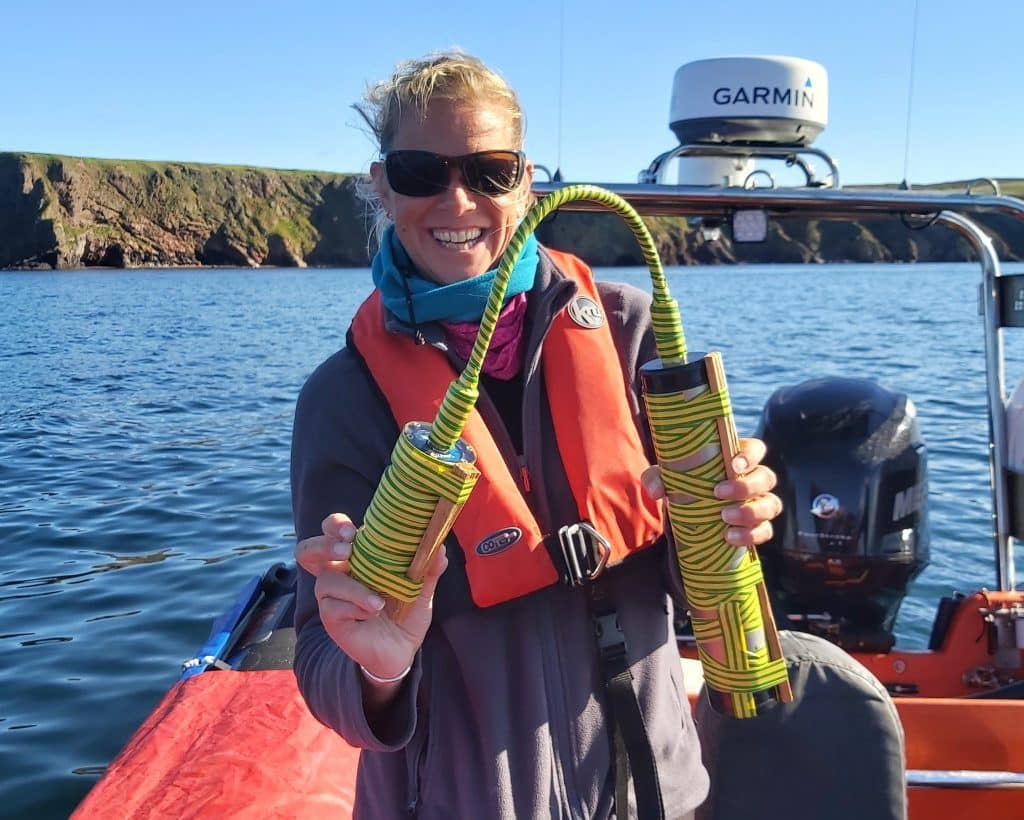 This is me with one of our soundtraps

It wasn’t long before the weather improved significantly and we were heading out to sea, to see what we could see (see see).

Over the next few weeks we were not disappointed. On almost every trip out we encountered Risso’s dolphins, most of the time feeding and filling their fat bellies with an abundance of octopuses, and all of the time allowing us to take the ever-critical photographs of their dorsal fins, which will help us to recognise individuals and build up a picture of their lives. It seemed only fitting that on our 13th year, we encountered LW0013, the 13th dolphin we added to our catalogue back in 2010. He was still hanging out with the same old friends, feeding in the same area, and to my utter delight, came for a slow swim-by under our survey boat and then popped up to take a look, before getting back to his dinner. 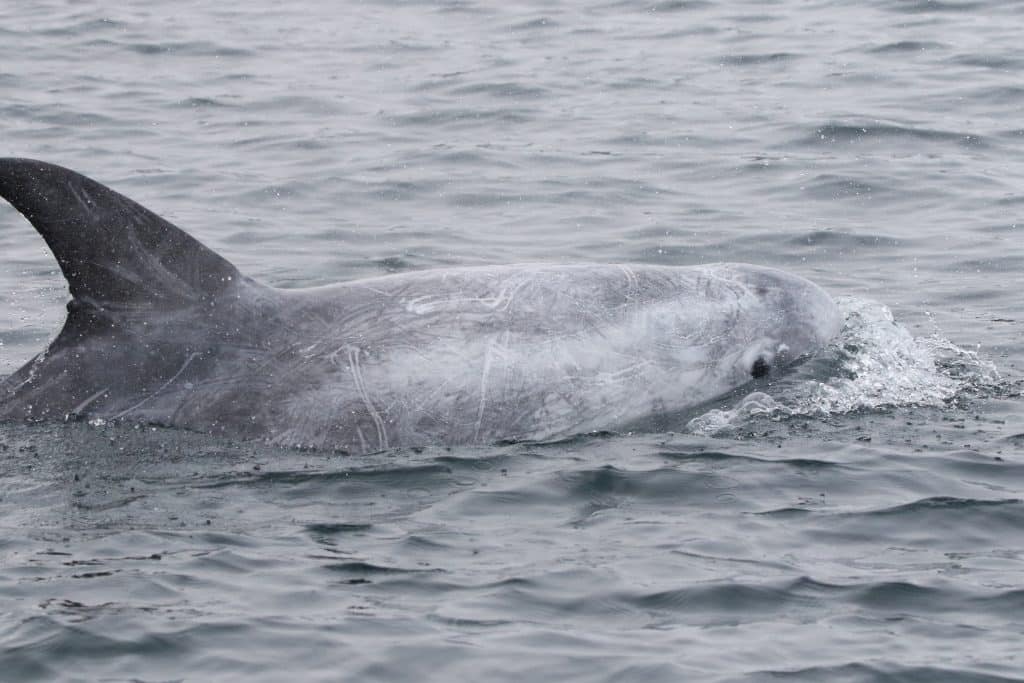 This is LW0013 swimming past to check us out

A few mothers showed up with their new-born babies too, their foetal folds (stripes on their skin from being scrunched up in the womb) still visible and their movements a little awkward and jerky. And there were some new kids on the block to photograph and add to the catalogue. 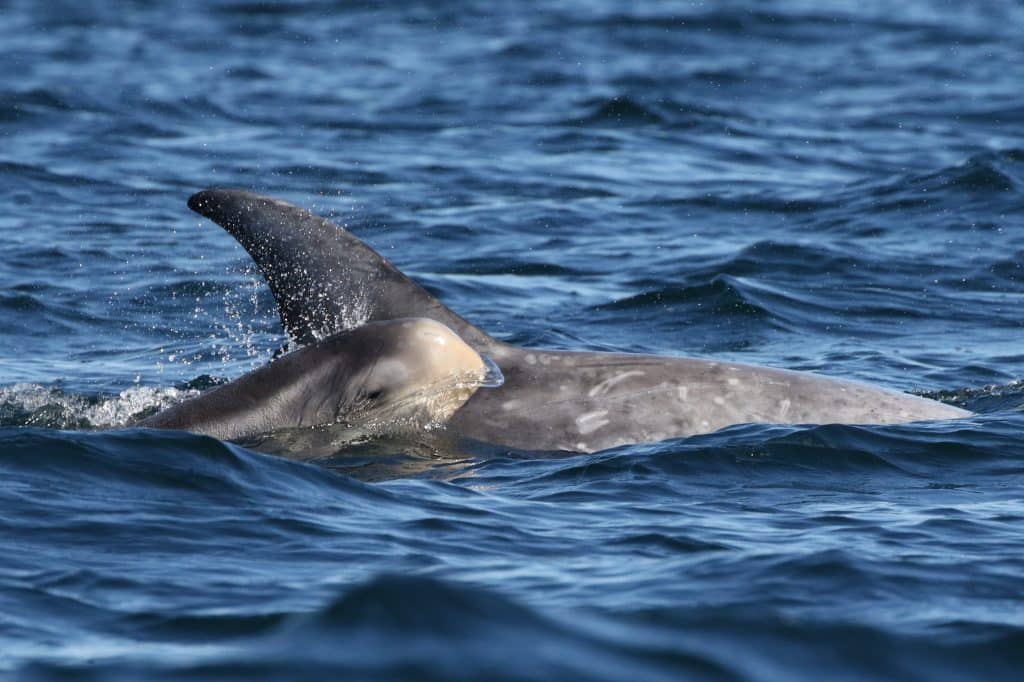 A Risso's dolphin mother with her calf

A highlight of this season was an unexpected encounter with two humpback whales. This was only my second time seeing a humpback (or in this case two) whilst on a survey and their size, grace and feeling of calm, was very special indeed.

We were lucky enough to get some really good images for photo-identification. With Risso’s it’s dorsal fins, but we use the underside of the tail fluke to identify individual humpbacks. After comparing them to the Scottish Humpback Whale Photo-ID Catalogue and other catalogues, we identified one individual as ‘Pi’, first seen off the coast of Cornwall in 2019, then again in the Scilly Isles and the south-west of Ireland in 2020. The other fluke didn’t match any catalogued individuals and has since been added and named ‘Lindola’. We’re excited to hear where he or she turns up next and this is a perfect example of how photo-identification works and why it’s so important. 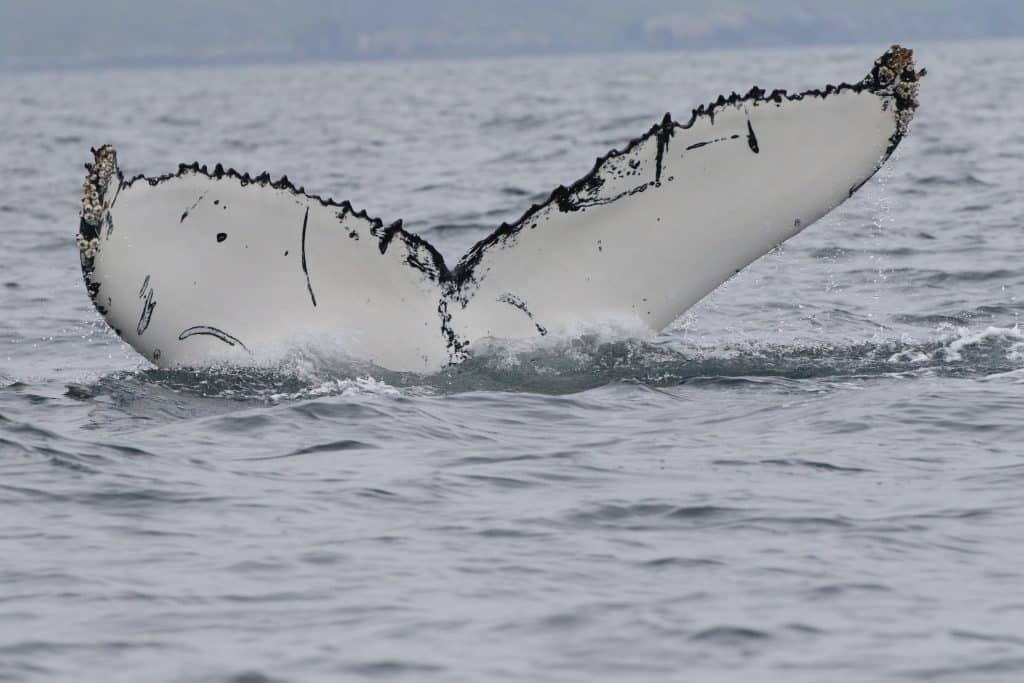 Which brings me back to why we’re here. Within a few years of studying these remarkable Risso’s dolphins, getting to know individuals from their unique dorsal fins and documenting their behaviour, together with other groups such as the Hebridean Whale and Dolphin Trust, we submitted an application for the waters around the north-east coast of the Isle of Lewis, to be designated as a Marine Protected Area (MPA) for Risso’s dolphins (and sand-eels, because they’re important too). In December 2020, the Scottish government gave the official seal of approval and the site, and the dolphins and other marine wildlife within it, are theoretically ‘protected’. However, there is no management plan for the site yet and so it’s important that we continue to gather data to ensure the resulting plan is evidence-based, robust and fit for purpose.

Our research has shown that there is a resident population of Risso’s dolphins using this area and we continue to reveal more and more about who they are and how they interact with one another and use the area. It is our collective responsibility to ensure that they can live here safely and freely long into the future.

Your donation will help safeguard whale and dolphin habitats around the coast of Scotland.