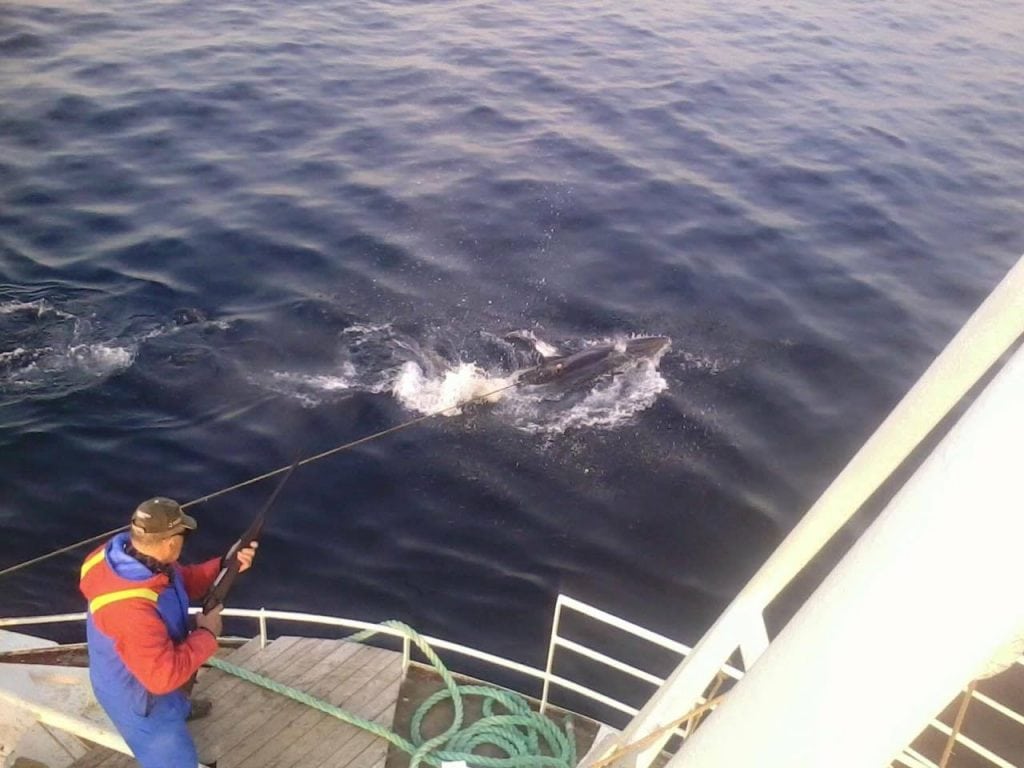 The end of the whaling season in Norway has been announced with 580 minke whales killed by 13 hunting vessels in just under six months.

Norway’s minister of fisheries had set a quota (number that can be killed) of 917 whales for this season. Thankfully that number was not reached but this was still the deadliest whaling season since 2016 and hundreds of whales were slaughtered, many taking a long time to die.

Last year, shocking new documents revealed that dwindling domestic demand for the meat means that some is sold for dog food. Only two percent of Norwegians regularly eat whale meat so this is another season of senseless slaughter. Read more.

Find out more about whaling in Norway.