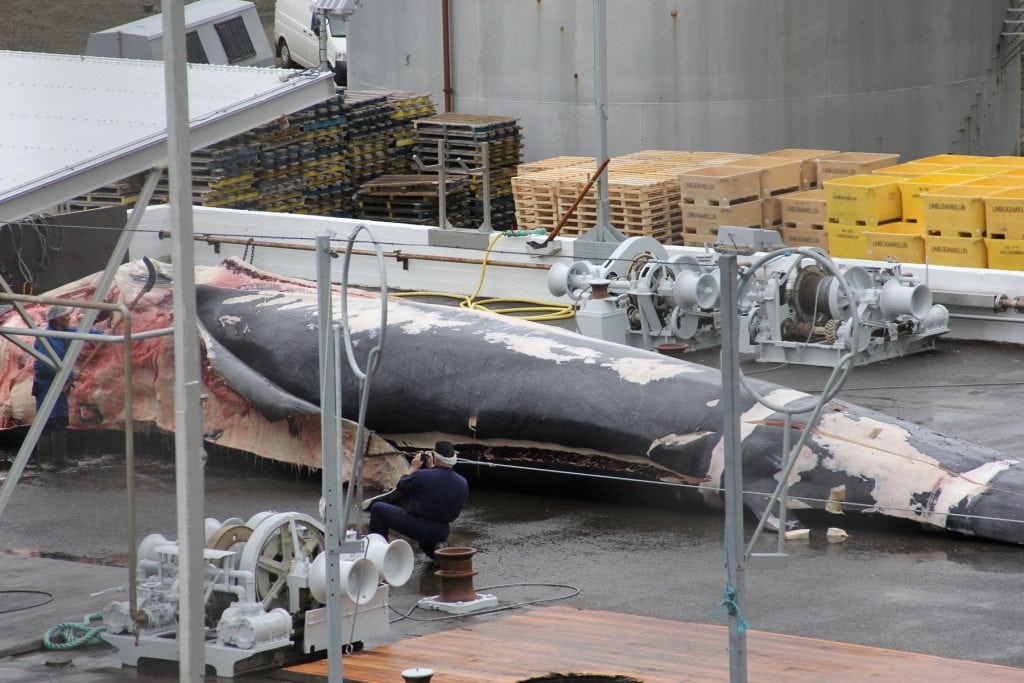 As feared, whale hunters in Iceland have slaughtered at least two fin whales, the first to be killed in four years.

Hopes remain that the cruel practice will end in 2023 after the country’s Fisheries Minister, Svandís Svavarsdóttir cast doubt over its future a few weeks ago, saying that there is now little justification for authorizing whaling.

However, Hvalur hf, Iceland's only fin whaling company (owned by multi-millionaire, Kristjan Loftsson) has begun the hunts in spite of the minister’s warning, and more whales look set to die.

The last hunts in Icelandic waters, back in 2018, saw 146 fin whales killed, including at least two rare blue whale/fin whale hybrids and a dozen pregnant females. Since 2006 alone, Hvalur has slaughtered 852 fin whales - the second largest creature on our planet and listed by the IUCN (International Union for the Conservation of Nature) as 'vulnerable'.

Minister Svavarsdóttir has also stated that whaling has damaged Iceland's reputation and negatively affected exports. Her concerns were immediately echoed by Jóhannes Þór Skúlason, executive director of the Icelandic Tourist Board, who commented: ‘It is well-known that the tourism industry believes that whaling damages the image of Iceland as a tourist destination.’

This view was echoed in a recent survey of Icelandic people, in which the vast majority questioned believe whaling damages Iceland's reputation.

Vanessa Williams-Grey, who leads our campaign to end whaling in Iceland, commented: ‘It is astounding - as well as utterly despicable - that an aging millionaire continues to hunt fin whales as a hobby, given the lack of demand for fin whale meat both at home and abroad.

‘The slaughter of these gentle giants is all the more senseless, given our increasing knowledge about the important role whales play in our ocean and in helping to fight climate breakdown. One fin whale, during its lifetime, will store in its body and via whale falls, the same amount of carbon as 483 trees.’