You've seen pictures of plastic litter accumulating on beaches or marine wildlife swimming through floating rubbish in some ocean far away and, like me, you've probably wondered if and how we could ever clean up this mess. 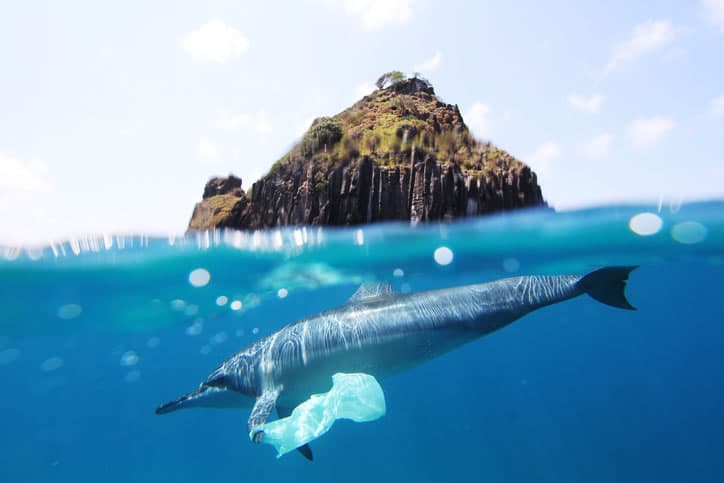 Whales and dolphins are directly affected by all this plastic, as they can mistake it for food or get entangled in it. In 2016, 30 sperm whales stranded along the coasts of the UK, France, the Netherlands and Germany. Plastic rubbish was found in nine of the whales, including part of a bucket and a piece of a car engine cover. And in the Philippines, a juvenile Cuvier’s beaked whale died of gastric shock after swallowing 40 kilograms of plastic bags. I would imagine that such a blockage would cause considerable pain - what a horrific way to die. These are just a couple of examples of an all too common and increasing threat to whales and dolphins.

A bucket and part of a car engine cover, found inside a sperm whale's stomach

Worldwide, various projects are trying to solve the problem. A Korean programme pays fishers to collect plastic at sea. In Baltimore, USA, Mr. Trash Wheel, a cartoonish litter-collecting water wheel, skims up to 17 tonnes of garbage out of the city’s harbour in a day. Singapore-based Drone Solutions created the WasteShark, an autonomous drone that sucks up floating bits of plastic in harbours, inspired by how whale sharks filter out plankton. Wastewater treatment facilities are exploring the potential of nanotechnology to pull microplastics out of the water during treatment. The University of Nagasaki in Japan has developed a semi-automated robot system, equipped with cameras, that finds and records plastic litter on the ocean floor. Other efforts include collecting old nets at harbours, making plastic a currency to incentivise its collection, using multimillion-dollar booms to skim plastic from the ocean’s surface and volunteer divers cleaning plastic from the seafloor.

Most of these efforts remove bigger pieces of plastic before they become impossible to clean up, but the harsh reality is that there is already too much plastic in the ocean. The vast majority is too small or out of reach to ever be retrieved as it is either suspended in the water column, settled on the seabed or so small that it is difficult to detect or collect.

Turn off the tap

Cleaning up the plastic litter in the ocean is comparable to a flooding house. Nobody would try to mop up the leak from a burst pipe whilst the water is still flooding the house. You would fix the leak and then mop the floor. We need to make sure that the steady stream of plastic into the ocean is turned off. Then efforts to clean it up start to make sense.

Closing the tap is not easily achieved. In rich countries, it involves policy changes that encourage better waste management, ban single-use items, incentivise reusable and refillable options and ultimately lead to a circular plastic economy. In poorer countries, it requires all the above plus a more widespread waste management system. 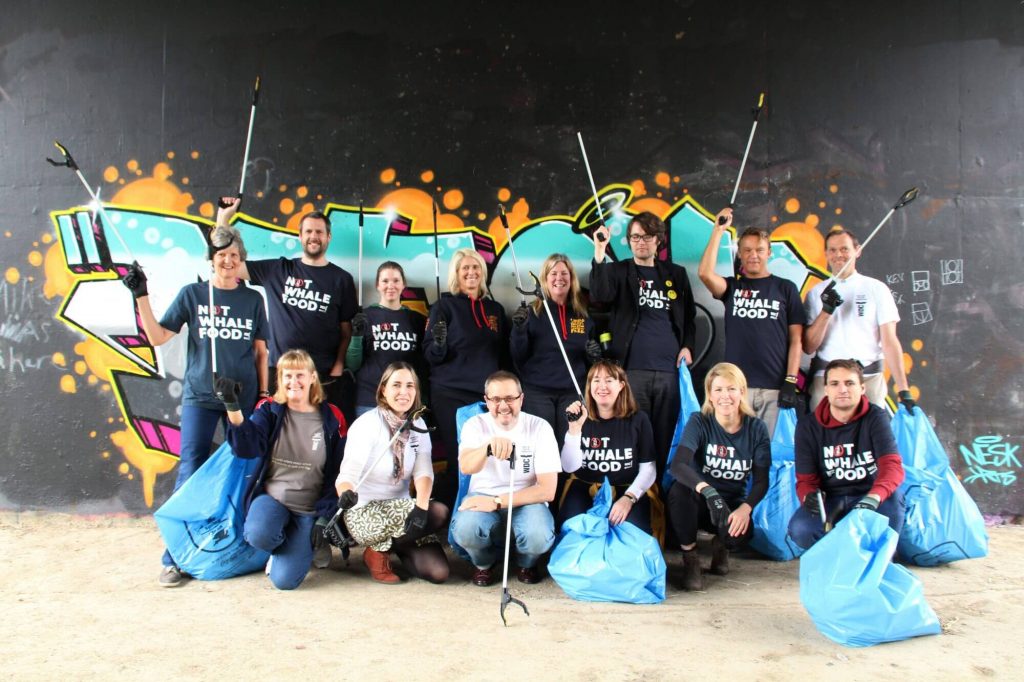 Preventing plastic from entering the environment will always be cheaper and more effective than any ocean cleanup. WDC supports this effort by promoting our Urban Beach Cleans, litter picks in towns and cities and along rivers, preventing the rubbish from reaching the sea in the first place and impacting our beloved whales and dolphins. So, I will keep picking litter whilst on the school run, on a walk in the countryside or when the kids play at the park and I will make conscious choices about what I buy, opting for loose, reusable and/or refillable options as and when I can to create less waste and to reduce my own plastic footprint.

Your gift, large or small, will help us make the ocean safer for whales and dolphins