I’m feeling cautiously optimistic after Iceland’s Fisheries Minister Svandís Svavarsdóttir wrote that there is little justification for authorising any further whaling when the current permits expire in 2023.

Stating unequivocally that 'it must be shown that it is economically justifiable to renew fishing rights', Svandís reminds readers that whaling has damaged Iceland's reputation and negatively affected its exports. She goes on to say that 'it is not reasonable to claim that the [whaling] is sustainable in a social or economic sense'.  Noting rapidly declining interest from Japan - Iceland's main export market for whale meat, she writes 'why should Iceland take the risk of maintaining [whaling] that has not yielded economic benefits, in order to sell a product that is in low demand? ... all things being equal, there is little to justify allowing whaling after 2024'.

Wow! To say that this is ground breaking - not to mention enlightened and hugely welcome - is an understatement. 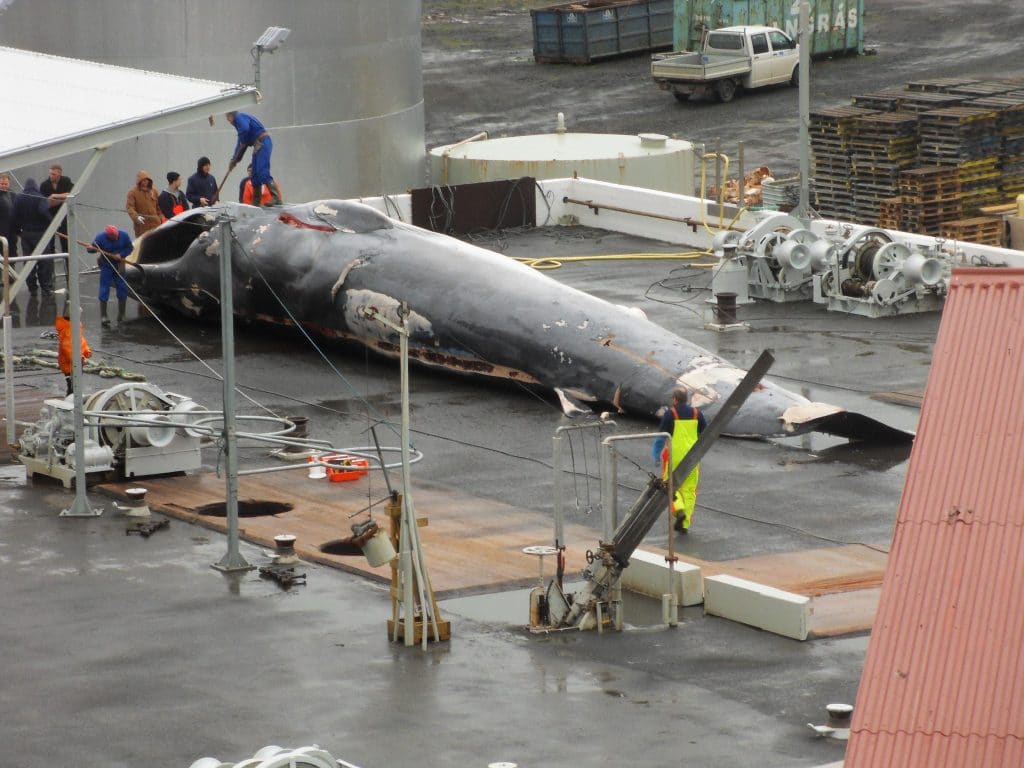 Will you donate to help us make sure this never happens in Iceland again?

I've been working to end whaling in Icelandic waters for well over a decade and one major obstacle has been the cosy relationship between an incumbent fisheries minister (who is also the whaling minister) from the pro-whaling Independence party and the whalers: especially multi-millionaire business tycoon and Iceland's sole fin whaler, Kristján Loftsson (did someone mention cronyism?).

Until now, there's been considerable push and pull between these offices, but last September's general election saw Prime Minister Katrin Jakobsdóttir retained as leader of a coalition between her Left-Green party and the Independence and Progressive parties.  A passionate environmentalist, she has regularly spoken out against whaling and crucially we now have the appointment as fisheries minister of Svandís Svavarsdóttir, another Left-Green, who since at least 2011 has questioned the value of the hunts.

I hope that this heralds a new dawn - and not before time. Since the global ban on commercial whaling came into force in 1986, Icelandic whalers have slaughtered more than 1,700 fin, minke and sei whales and since 2006 alone, 852 fin whales - the second largest creature on our planet and listed by the IUCN (International Union for the Conservation of Nature) as 'vulnerable' - have died.

I've been to the fin whaling station at Hvalfjörður several times and watched as the lifeless bodies of fin whales were dragged up the slipway and butchered. It is utterly heartbreaking to think that these majestic whales have been torn from their families and companions in the ocean and slaughtered. And for what? 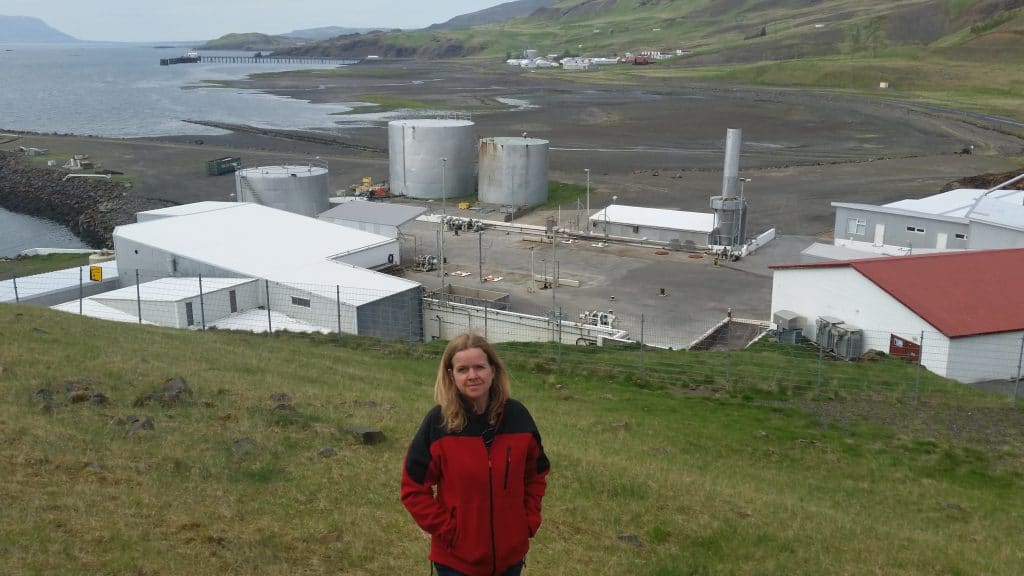 This is me standing above the whaling station

Fed to tourists and dogs

Our investigations have revealed that almost all their meat was exported to Japan, often deep frozen for years due to declining market demand or turned into dog food. Minke whales have died in their hundreds too, ending up on the plates of tourists who mistakenly believed whale to be a popular local dish. It isn't. In fact, there is almost zero demand for whale meat amongst the Icelandic population and, thankfully, outreach campaigns by WDC and other NGOs have massively reduced tourist demand. 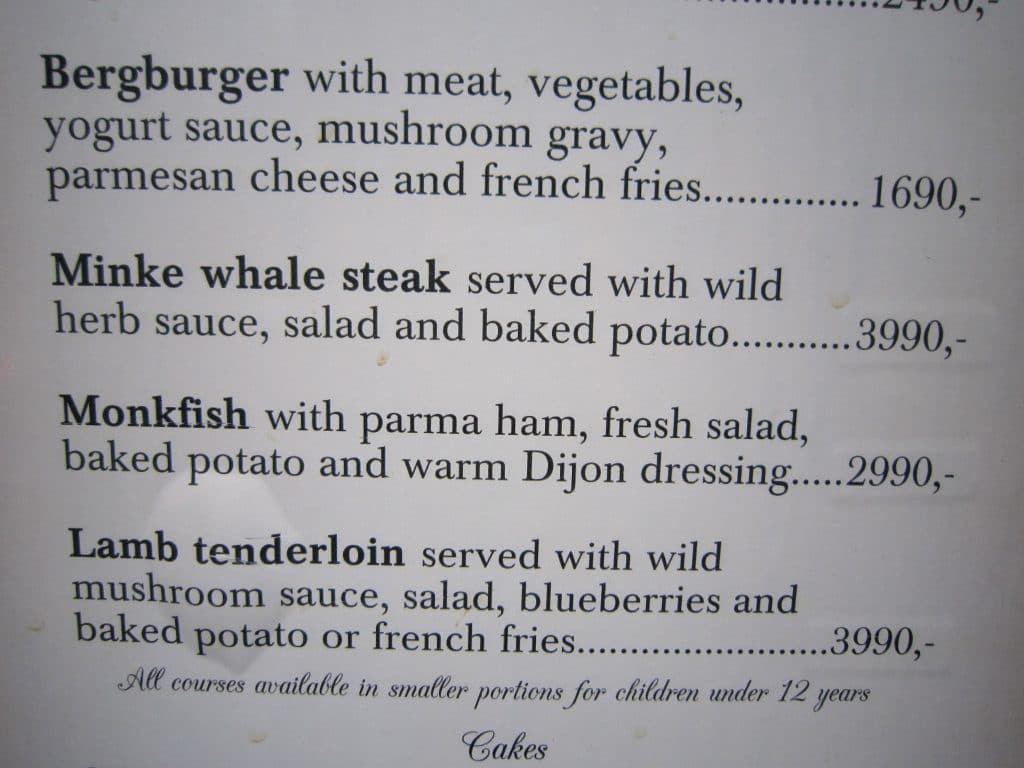 As Svandís notes, there's been no whaling since 2018 for a variety of reasons, not least the pandemic.  The minke whale hunts had been dwindling for some years and in spring 2020, minke whaling company IP-Utgerd announced they were closing for good. But 2018 was a terrible year for fin whales: 146 were slaughtered, including two rare blue whale/fin whale hybrids and at least a dozen pregnant females.

I wrote at the time that the fin whaling was in chaos as, behind the scenes, Mr Loftsson and his fin whaling company, Hvalur hf, faced seemingly endless court cases and investigations relating to alleged violations around working conditions, whale welfare, food processing and hygiene and record-keeping. An eagerly awaited whaling review, delivered in spring 2019, quickly proved an embarrassment: deeply flawed and exposed as having links with both the Independence party and funding from Hvalur. In 2020, three shareholders accused Loftsson of breaking corporate law by buying shares in the company at a discounted rate and so acquiring ‘undue interests’ at the expense of other shareholders.

A relic of the past

Despite being nearly 80, Loftsson's response to Svandís' article was typically chippy. 'This is her private opinion. The government and the Althingi are in no way behind this.' When asked whether he would continue hunting if the permits are renewed, he replied enigmatically 'this year is 2022, next year is 2023. Many things can happen at this time'.

I've learnt never to say never as regards Mr Loftsson's intentions as fin whaling has paused three times over the past decade, only to resume. But this time feels different and he is looking increasingly out of step with the way society is moving. 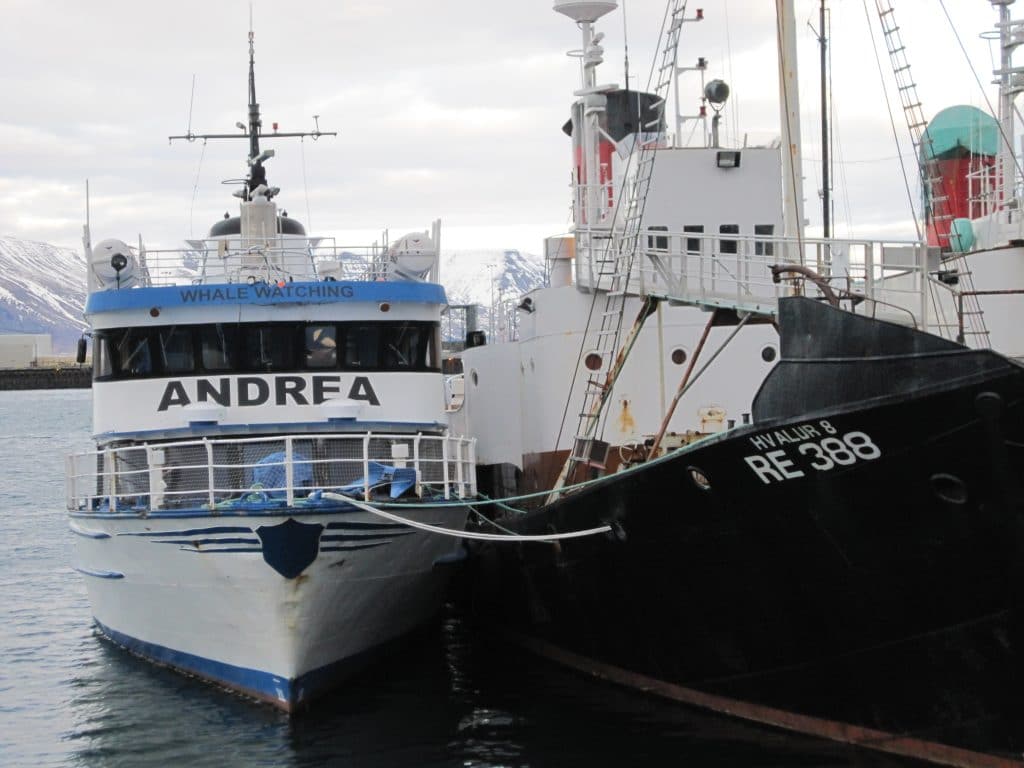 The political landscape in Iceland has changed in recent years, with younger people far more interested in climate change and the role that live whales play  as 'climate giants', keeping our oceans healthy.  And Svandís has promised another whaling review later this year, this time taking account of macroeconomic and social factors.

Iceland's world-class whale watch industry is open for business again after the pandemic and already reporting buoyant passenger demand and of course, a healthy whale watch industry is yet more proof that Iceland’s future lies in embracing its relationship with the whales and dolphins who deserve protection in the waters around this beautiful and proud island nation.

Your gift, whether large or small, will help us stop whaling for good.