As the dust settles after the United Nations Climate Change conference in Glasgow, it’s a good moment to reflect on what we achieved there for whales, dolphins and the ocean. Many things have been said already on how the event unfolded and here I’ll give my honest ruminations on what happened during and after those two weeks in Scotland.

Waiting at London Euston for my train to Glasgow to represent Whale and Dolphin Conservation at COP26, the station was full of people with suitcases jammed full of ties and shiny shoes and the atmosphere was buzzing. All around billboards flashed and posters were reminding everyone that this was no longer the time for words, it was the time for action. I felt an odd wave of positivity. I had expected it to feel very muted. Having not really travelled since the start of the pandemic, I had forgotten the power of just being amongst people - seeing real faces and the sense of passion that never truly comes through a video call. And then, of course, a tree came down on the line resulting in thousands of people delayed and my journey taking 15 hours rather than seven. That tree and the unseasonably strong winds that brought it down were an apt reminder of the power of nature and its ability to stop human progress, literally in its tracks. 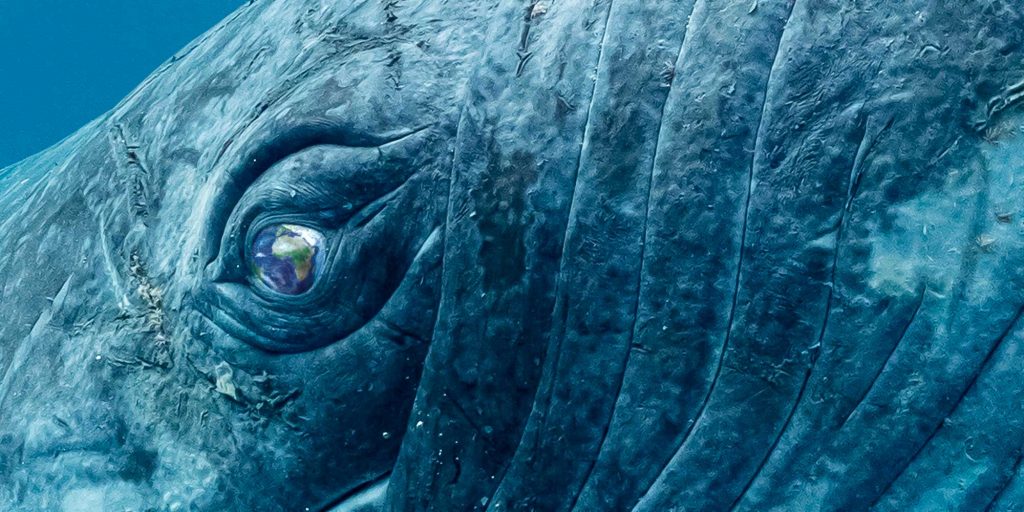 If you are able to make a donation, it would mean the world.

So after that debacle, on the Monday, I headed to the Blue Zone with Vanesa Tossenberger, WDC’s director of policy, whom I had met many times via Zoom, but only the previous day in person. It took an hour of waiting and cursing myself for forgetting my warm hat to get in, but in the queue it was inspiring to look around at the diversity of attendees. People from all over the world, from different sections of society and culture, all united by one thing - the need to take action on the climate crisis. On the other side of the fences, we were reminded of our responsibilities by protesters and activists. That side of the fence is where I started out and I am in awe of these people who travel, on their own time and money, to make their voices heard.

The Blue Zone was a bustle of noise and urgency. People running with reusable cups of coffee to unplanned meetings, opportunistic media teams grabbing delegates for soundbites, endless side events in the pavilions, heads of state herded by security teams and the odd celebrity who everyone snapped on their phones. There was a lot of positivity with some big ticket items announced, like a pact to end deforestation and reduce methane emissions by 2030. We were hoping that we’d see some big ocean announcements in the coming days but these did not materialise. On the Thursday, we had a busy day, presenting at the Water Pavilion in partnership with Marine Conservation Society, Wildfowl and Wetlands Trust and SIWI (Stockholm International Water Institute) about the importance of holistic and connected management from rivers to ocean. 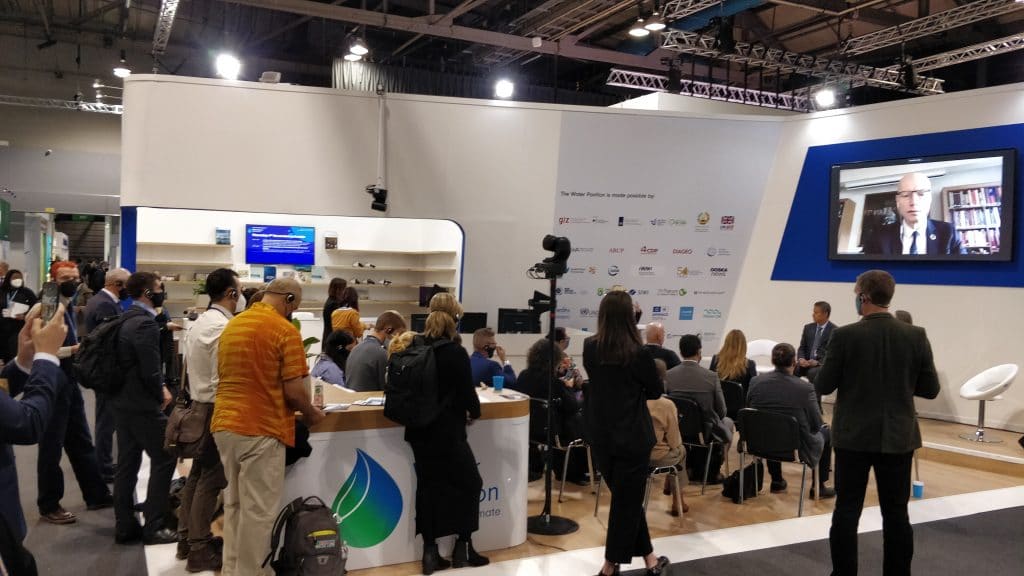 Our event brought home the interconnectedness of ocean and rivers

Where the real action happens

What was actually going on though was everything you didn’t see filtering through the media. All those brilliant and committed people I’d stood with in the queue were inside, and this was where the real progress was happening. In the corridors, in the cafes, sitting on the floor or on a damp picnic bench, people were not just meeting and talking but making and driving forward real plans and projects. There was a sort of unspoken acknowledgement that everyone knew that the announcements from governments would not be enough, and so great people were just getting on and doing great work without them. This was certainly the case for WDC and we are now busy following up and formalising these conversations that will have huge impacts for the ocean and for whale and dolphin conservation and protection.

By the middle Saturday, we were all exhausted, and the perfect remedy was to walk nearly 30,000 steps around Glasgow for the Global Day of Action march … in the rain! We joined forces with Marine Conservation Society to replicate our Wake Up Call event from London a couple of weeks previously. We had five (waterproof!) speakers blasting out beautiful whale song but it took two rain-drenched hours to actually start marching and the mood was dipping, until we realised why we were waiting. 50,000 people were expected but an incredible 100,000 people arrived to make their voices heard. The realisation that it was this immense number, the biggest march in Glasgow ever, that was stopping the march from starting, really blew us away. There were people of all ages and so many young people, for whom we all share a responsibility to do everything we can in this crisis. 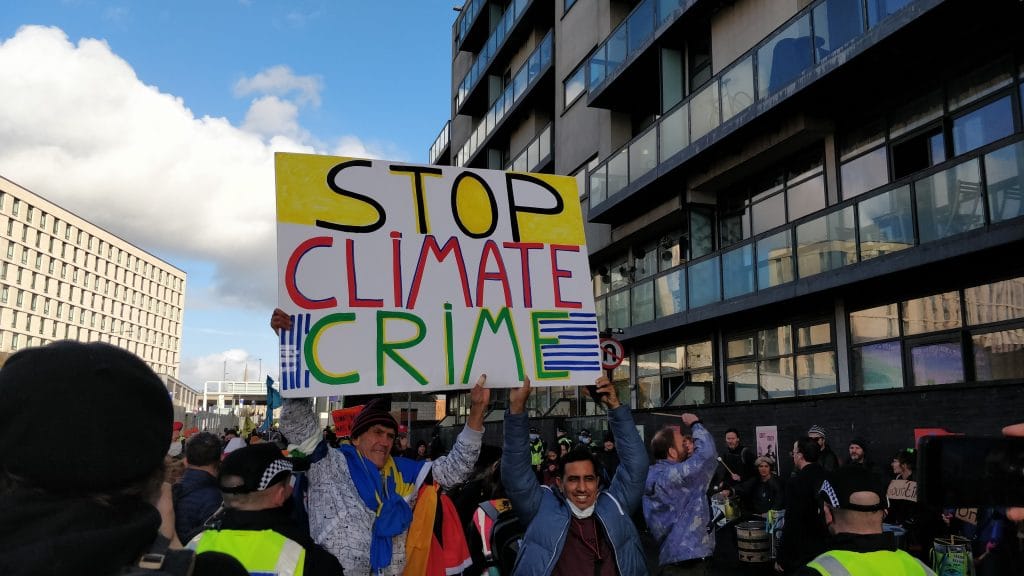 Listening to the ocean

We were seeing lots of attention for the Drop in the Ocean report we’d released in the first week in collaboration with Deloitte and Marine Conservation Society. In it we highlighted the huge disparity in climate finance going to the ocean - less than 1% of available funds are allocated to marine projects when the ocean covers 71% of the planet and is Earth’s biggest carbon sink.

The amazing poem about whale poo and its climate benefits, written and performed for us by Matt Harvey of Hot Poets, went live to a great reception and it was heartening to see scientists who have been involved with this concept since the beginning be so delighted by it.

Towards the middle of the second week, the first draft of the COP26 agreement texts came out and they were surprisingly strong. There were multiple statements that mentioned the ocean - a brand new recognition in climate circles. The most exciting of these was the announcement of an annual ocean-climate dialogue to scale up ambition for ocean restoration and protection. This is when the real action began. Rumours spread of the watering down of these ocean wordings and other pieces of the first draft, especially on coal and fossil fuels. Ocean NGOs and interest groups, like us, all worked together late into the night to identify the sources of negativity surrounding these statements and work to influence those countries to retain them. It’s like solving a puzzle, but the people doing the puzzle are over the fence, four gardens away and you are trying to figure out what they are thinking and seeing.

The second draft came out after several delays and we didn’t have much hope. But the huge collective effort of ocean people around the world had worked and the text remained intact! It remained intact again into the third draft and through to the final documents agreed by all parties which was a massive success. The wording and commitments could have been stronger, indeed they always can be with everything but this is a genuinely positive step in the right direction for the ocean. 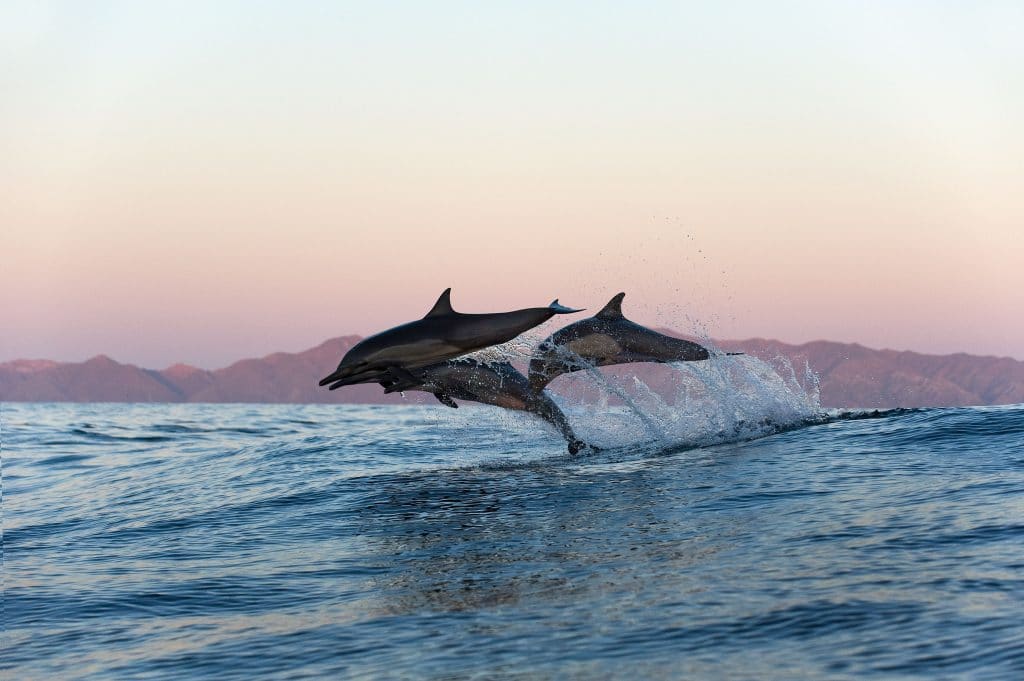 It’s clear, with the watering down of the final text on things like coal phase-downs and fossil fuel subsidies that there are still major forces at play who will try everything they can to ensure they can continue on a business as usual trajectory. But we are entering a new phase on climate. The age of climate denial is essentially over, and the climate and biodiversity crises are widely recognised the world over as the biggest threat to a stable and liveable home.

It’s good people doing great things, people having honest conversations and the realisation that this is the issue of our time that will bring us to a tipping point where ‘business as usual’ finally becomes the business of the past.