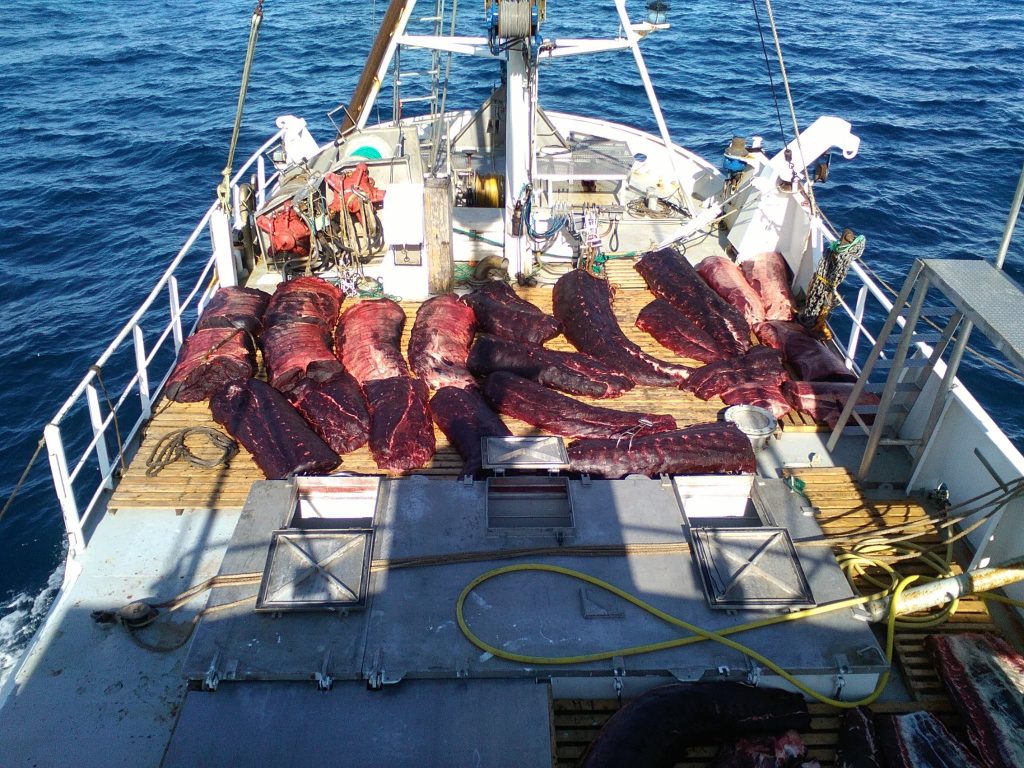 The highest number of whales killed in Norway since 2016 has been announced just as WDC and partners have released the findings of a new poll showing that most Norwegians don’t want to eat whale meat, and have serious welfare concerns with the hunt.

The hunt season came to an official close today, with a total of 575 whales killed and 14 vessels participating in the hunt, according to statistics provided by the Norwegian Fishermen’s Sales Organization (Råfisklaget). Last year, whalers slaughtered 503 whales.

‘This is nothing short of ecocide,’ said Vanessa Williams-Grey, policy manager at WDC. ‘Killing hundreds of minke whales is utterly inexcusable, especially given the essential role they play in our oceans. Whales are our allies in the battle against climate change.’

However, the higher number of whales killed this season is unlikely to drive increased profits for the whaling industry, according to a new poll commissioned by NOAH, Norway’s largest animal protection NGO, the Animal Welfare Institute (AWI), and WDC.

HELP US STOP WHALING FOR GOOD