An orca calf is receiving medical care in New Zealand after becoming stranded near Wellington yesterday. The whale has been moved to a segregated harbour area while rescue teams search for the juvenile orca's pod. It is hoped the rest of the calf's family are still in the area and they can be reunited.

According to New Zealand rescue organisation Whale Rescue, the orca was found alone at Porirua, near Wellington on Sunday morning. The rescue operation is being led by orca researcher Dr. Ingrid Visser in close collaboration with the New Zealand Department of Conservation and the non-profit organisation Project Jonah. The Department of Conservation stated that the orca is estimated to be only a few months old. 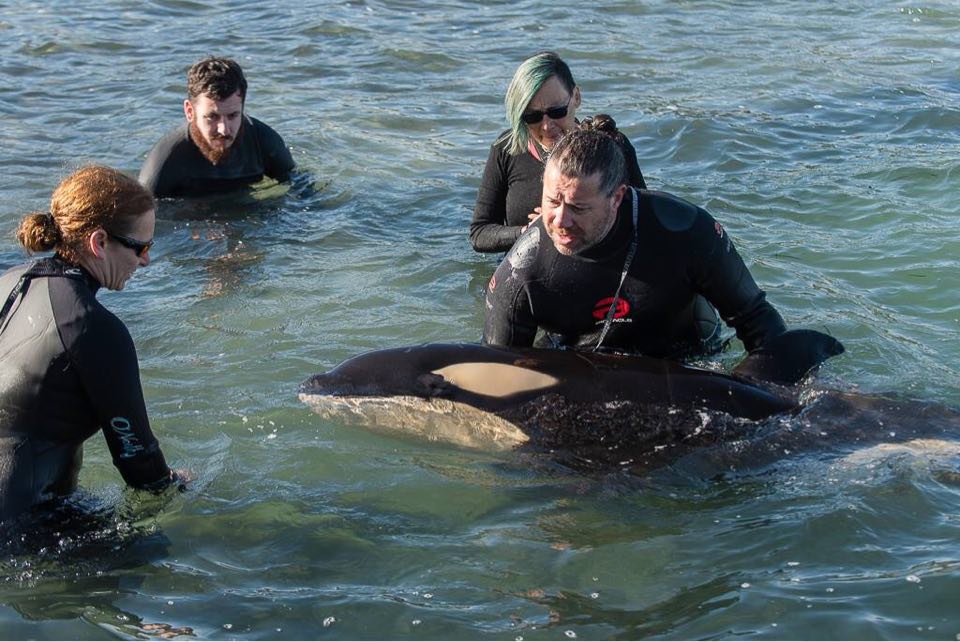 So far, despite several hours of searching by aircraft and boats, the orca's pod has not yet been found.

In the meantime the orca experts have been providing electrolytes and supplements to the whale. Fortunately, the little orca seems to be fine and has responded well and interacted with the team of experts in the water.

Many of the orca families that live around New Zealand are well known to researchers. It is not known why this whale stranded but orcas will sometimes enter shallow water to hunt prey such as stingrays. Even adult orcas have been successfully rescued after becoming stranded, most famously an orca known as Ben.

Update from Sunday 25th: Sadly, the condition of Toa (which means brave or strong in Māori) deteriorated at the end of the week and the calf passed away on Friday. He was buried by the local tribe following an emotional farewell ceremony.