Back in November, I shared my heartache at the drama unfolding in the waters off Taiji, Japan, where around 25 fishers were undertaking their annual slaughter and capture of small whales and dolphins. Thankfully, this hunt season has now ended but not without the loss of 687 souls - 547 destined for the dinner plate and 140 for a life in a concrete tank, doing tricks for their dinner. In this blog I talk to Ren Yabuki a Japanese activist who witnesses and documents the hunts day after day. 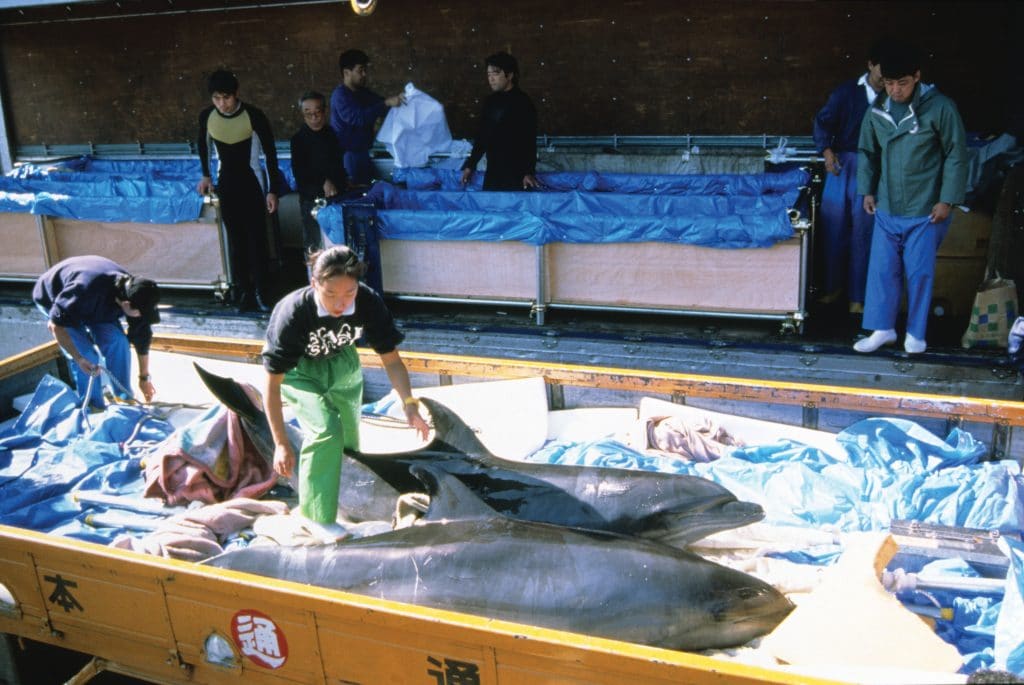 Your donation will help us

end the captures and stop

I’ve spent years researching and learning about Risso’s dolphins and my beloved Risso’s were one of three species who were driven to their deaths in the killing cove this season. In this annual hunt, whole pods of dolphins swimming wild, free and with family and friends are suddenly immersed in a sea of deafening noise, made by the hunters, causing confusion and distress to everyone. Trying desperately to escape the acoustic onslaught and steer pod mates to safety, they swim where the fishers ‘drive’ them, to their brutal and painful death.

This season 142 Risso’s were killed, including a newborn calf (in an act deemed by LIA to be illegal) as well as 227 striped dolphins and 178 melon-headed whales. In addition to the bloody slaughter, 119 bottlenose dolphins, 12 pantropical spotted dolphins, six Pacific white-sided dolphins and three Risso’s dolphins were snatched from the sea to be sold into captivity.

And for what? To perpetuate a dying market in their meat, which has been shown to contain unsafe levels of methyl-mercury and other toxins and so that people can squeal and yell as they watch them perform unnatural behaviours in aquariums in return for some dead fish. 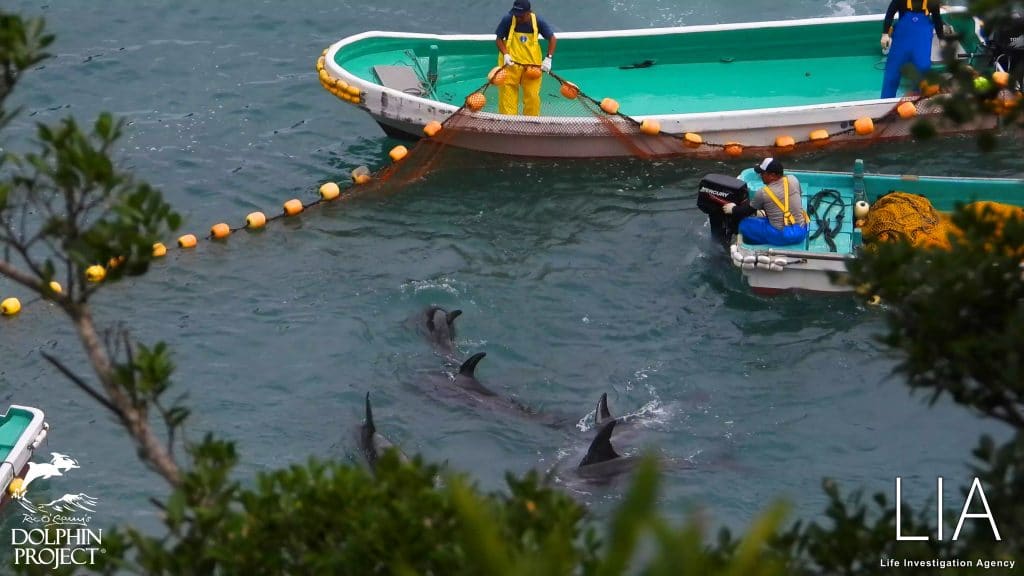 Since 2017, of the 2,227 dolphins and small whales killed in the Taiji hunts, 557 were Risso’s dolphins with a further 75 Risso’s dolphins taken into captivity. As well as the enormous and obvious welfare concerns and the amount of suffering this causes not just to the individuals killed or taken alive but to those who witness the horror and are spared, just the figures themselves are a huge cause for alarm. What impact are these hunts having on populations? In 2017 the fishers were allowed to add two more species to their ‘kill list’ - was this request for different species a result of a decline in their usual target-species? Continuing these hunts at this scale can only end in the complete decimation of populations in and around Taiji. In the Solomon Islands they hunted melon-head whales so extensively that they’re no longer thought to survive in any number. The orca population off Japan also took a large hit in the late 20th century and orcas are now a rare sight around the coasts of Japan.

I know how much my heart breaks every time I hear about dolphins being killed or captured, how I weep a little inside when I think of all the suffering and distress these dolphins have endured, so how does it feel for someone who is there day in day out documenting the hunts?

I wouldn’t know a lot of what’s going on in Taiji if it wasn’t for the likes of Ren Yabuki, a fiercely committed Japanese activist and founder of Life investigation Agency (LIA) a Japanese animal welfare organisation. He has been documenting the hunts, and for this past season, as a result of COVID restrictions, has been mostly doing it alone.

So I decided to ask Ren a few questions... 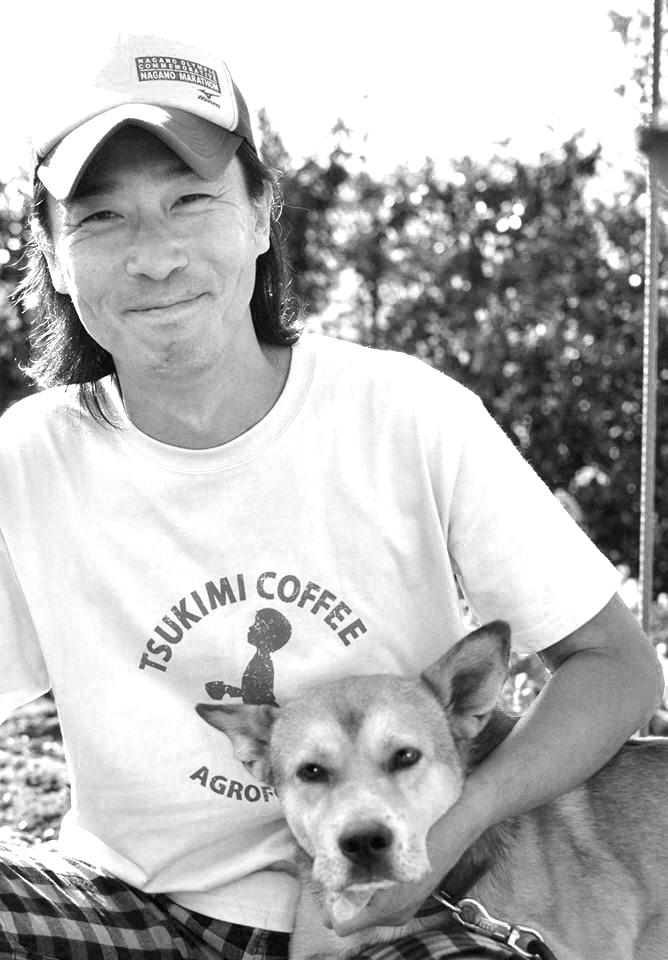 Ren Yabuki is a committed activist determined to end the hunts

You’re there in Taiji every day to witness the drive hunts, watching as individuals fight for their lives, how does it feel to witness this horror time and time again?

It is very distressing to see any creatures being killed day after day. But someone has to take on this role, or else the truth behind the killing would not be revealed.

What do you think is driving the continuation of the hunts?

This dolphin hunt is not for food, like it might have been in the old days. Selling dolphins to aquariums and attractions all over the world is the main source of income and therefore the reason to hunt dolphins. The drive hunt is ongoing because there is demand for commercial sales of dolphins. If everyone in the world would stop going to see the dolphin shows, it would be difficult to continue dolphin hunting.

How do other people in Japan feel about these hunts? Do they even know that they happen?

Many Japanese people are not aware of the reality of dolphin hunting. And even the few people who know about the dolphin hunting mistakenly think that all dolphin hunting is for food. This is because the Japanese government, Wakayama prefecture and Taiji are spreading propaganda that says dolphin and whale hunting are part of our culture. However, the dolphin drive hunting in Taiji is a new business that started in 1969, and it has nothing to do with tradition or culture.

What is it that you think needs to happen to force a change of opinion on the hunts from within Japan itself?

The most important thing is to raise awareness. As I said in the previous question, many Japanese people are not aware of the dolphin hunting, therefore, first we must communicate the facts about the dolphin hunting. Then, explain that the current dolphin hunting is far from food culture, it is commercial sales of dolphins and enslavement of wild creatures. If many Japanese people realise that zoos and aquariums are places where wild animals are forcibly captured and imprisoned in confined facilities in order for humans to make money, more people would turn against dolphin hunting and the capture and killing of wild animals.

How can the rest of the world help?

This is not limited to the problem of dolphin hunting, but I think it is most important to support activists on the ground.  For all activities, it is very important to have the frontline activists on site and we need funds to enable them to thoroughly investigate, and provide any resources and materials they might need. Activities would not proceed smoothly without this logistical support for the frontline.

It is important to diversify our activities in order to make local activities more effective and get closer to our goal. To do this, it is essential that organisations around the world carry out collaborative campaigns and work together to share knowledge and experience.

Ren talks about the hunts, why they continue and how we will end them in this powerful 40 minute film:

Your donation will help us fight to end the captures and stop the slaughter.