I recently caught up with an old friend of mine, Melody Horrill. Many South Australians may remember her as a science and environment journalist and TV weather presenter. What some folks may not know is that many years ago she played a crucial part in my research and the wellbeing of the Port River dolphins.

Melody, a handful of other past students and I established the Australian Dolphin Research Foundation, a precursor to WDC’s Adelaide branch.

Melody dedicated her time to creating a ground-breaking dolphin sponsorship program, secured TV sponsorship and raised community awareness across South Australia through ongoing media stories. She organised school and community group visits and even travelled to America to try and secure a sponsorship deal. She worked with a SA bakery to secure an agreement where Wonder White bread carried a picture of a rare albino dolphin, all funds from the sale of the bread went to the Foundation.

Melody also produced an hour-long documentary about a solitary Port Diver dolphin called Jock, which she then took to CNN International – it was aired across the world. The work of the Foundation and the documentary helped convince the then State Government to declare the Port River as Australia’s first dolphin sanctuary.

While Melody now lives in Melbourne, I know her heart will always be with the Port River dolphins and she will always look out for. It was great to catch up with her (and Steve Vines, another former student involved with the Foundation) and will be forever grateful for her ongoing efforts to support my work and improve the lives of the dolphins.

“Melody's story has been published in the Magazine section of The Weekend Australian today. 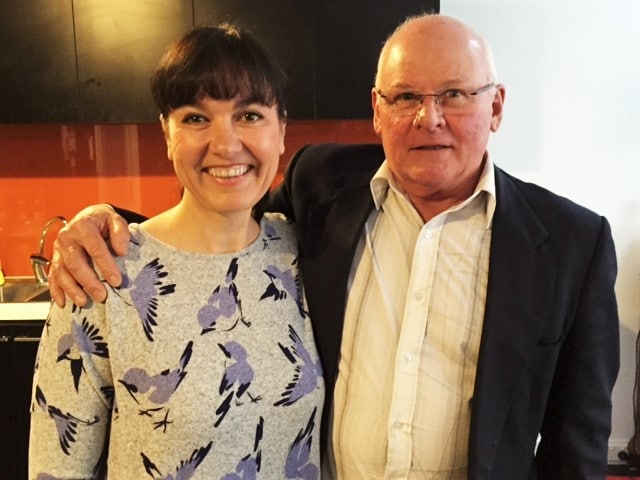