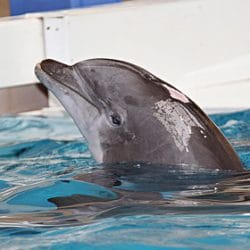 Officials in New South Wales (NSW), Australia have announced that captive dolphins will no longer be commercially bred or imported into the State.

The new regulations were introduced by NSW environment minister Matt Kean and followed a public enquiry into captive dolphin shows and facilities, dolphin parks and circuses, and will see dolphin shows disappear.

WDC was able to give expert responses to the enquiry questions about dolphin captivity and circuses, and MP Emma Hurst (who co-led the process) has since said that the resulting new regulations meant that the dolphin captivity industry was 'effectively done and dusted' in the region.

Keeping whales and dolphins in featureless tanks for public entertainment is cruel. They may swim endlessly in circles, some lie on the floor of the tank for many hours, chew on the sides of the pool and repeat the same patterns of behaviour over and over.

Find out more about WDC's work to end captivity  including the creation of wild sea sanctuaries.