Lockdown in Argentina has been long and tough and so I was excited when restrictions eased and we could finally visit our Commerson’s dolphin field research project. After spending close to a year in confinement in my home city of Buenos Aries, it was literally a breath of fresh air to travel to the beautiful, wild landscape of Patagonia.  This year is important for us because it is the 25th anniversary of our project.  It’s the longest running study of its kind on this species and WDC runs it in partnership with Fundación Cethus, an Argentine NGO. 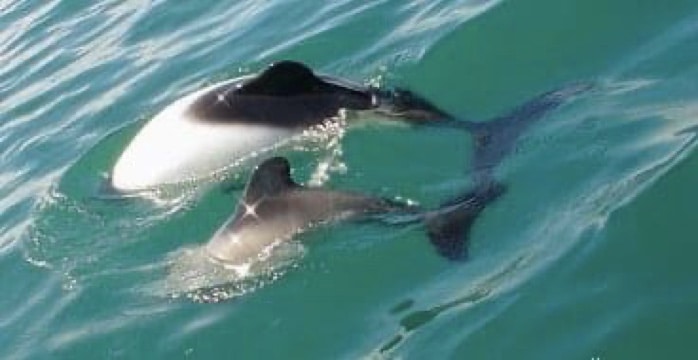 Your donation will help us keep these beautiful dolphins safe.

Commerson’s dolphins live in many areas around the Patagonian coast in Southern Argentina and Chile, and they are a sensitive, intelligent, social and inspiring species. We are determined to give them a future and I want my children and grandchildren to have the chance to watch and fall in love with them as I have.

Part of our lives

We estimate a population of a little more than 100 individuals. Using photography, we’ve identified 90 individuals who we follow, in most cases, year after year. We’ve seen one female dolphin, named Frank, every year for the last 25 years. They are a huge part of our lives.

Another dolphin we have followed for a long time is Cande.  Each time we see her we can’t believe that the first that we saw her was on 15th January 1996. We know her calves and the way she nurtures and raises them. She is an excellent mother and she’s taught her calves how to behave and avoid problems.  Females give birth to a single calf every two or three years and so their birth rate is low, as it is for all dolphins. Baby Commerson’s are about 70 cm when they born and are brownish-grey. Their piebald markings don’t develop until they grow up. I hope this year we can watch Cande again.

Every dolphin is different

Each individual has his or her unique personality and character.  In this population we know which dolphins are reluctant to be near the boat and which individuals, such as Adidas, like to spend hours with us.

They feed on fish, crab, octopus, krill and shrimp. Pods sometimes work together to herd schools of fish close to shore making them easier to catch one by one. In the winter the dolphins have to travel further offshore to hunt and find enough food. 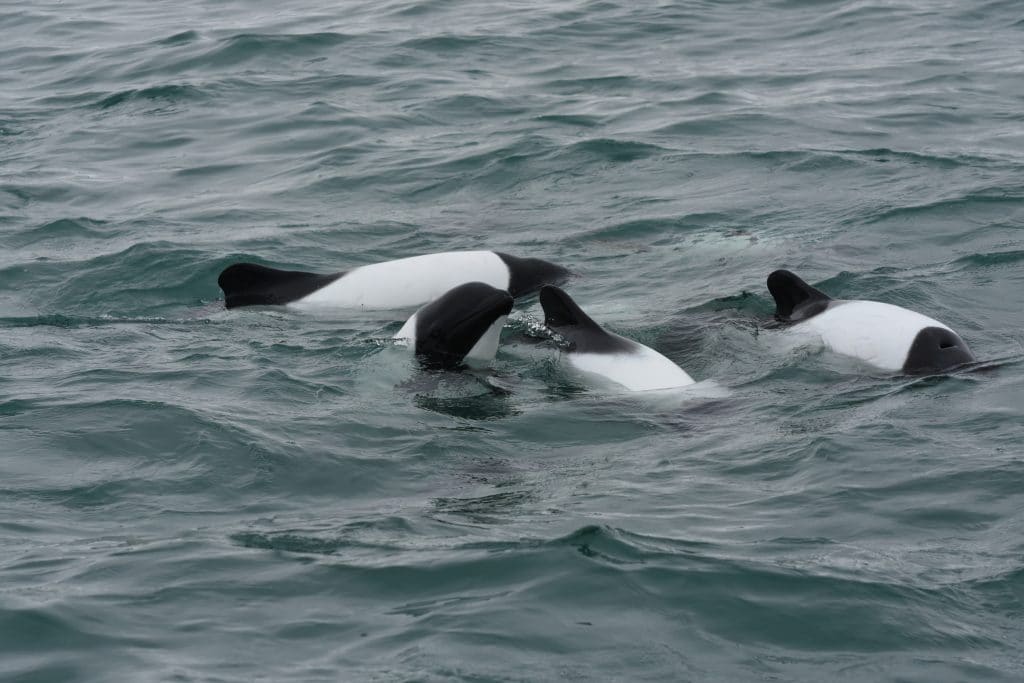 In 1996, we focussed our research on photographing the dolphins to build an identification catalogue to enable us to recognise individuals as well as studying their behaviour. Nowadays, supported by a team of experts, we’ve expanded our work to study not just behaviour but acoustics and genetics as well as the environment they need to thrive and any changes to it. This multidisciplinary project help to better understand the Commerson’s dolphins and their habitat.

Unfortunately, as with many dolphin species with restricted geographical ranges, they are vulnerable as they are not found anywhere else so their survival is dependent on local commitment to conservation efforts to address the threats they face.

Our project has also played an important role for the local community. We’ve set up educational programmes that involve participants from six to 18 years old. During the past two years we’ve run an exhibition in two historical buildings in Puerto San Julian and Puerto Deseado and our project was instrumental in the declaration of the Commerson’s dolphin as a ‘Natural Monument’ of the province of Santa Cruz and we’ve helped to create and maintain marine protected areas in the province to keep them safe.

As I sit here on the coast of Patagonia watching these amazing dolphins, my city lockdown couldn’t be further away. I feel privileged and it’s an honour to have been a part of their lives for so many years. I’m so proud that the work we’ve done means that they are still here, and hopefully will be for generations to come.  But to give them this future will take dedication and effort from us and from the local conservationists we are helping to teach.

Let's give them a future

The single biggest threat they face is entanglement in fishing nets and for this beautiful species to survive we need to continue to work with fishers and their communities, as well as with local authorities, to find ways to coexist. Their future is in our hands and, with your support, I will do everything that I can to make it a bright one – they deserve it.

Please help these beautiful dolphins with a donation

We're reliant on our supporters to continue this vital project, thank you!