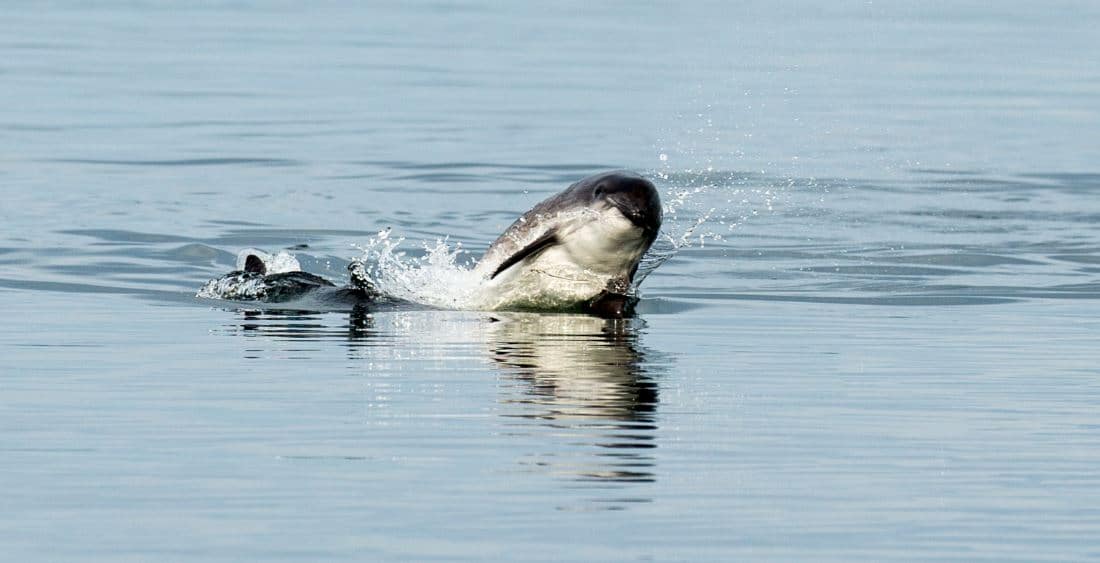 Underwater sound devices called ‘pingers’ could be an effective, long-term way to prevent porpoises getting caught in fishing nets without having negative effects on their everyday behaviour.

Newly published research part funded by WDC shows that porpoises in the seas off Cornwall were 37% less likely to be found close to an active pinger.

Pingers are acoustic deterrent devices which are fitted on to fishing nets. They emit a randomised sonic noise, or ‘ping’, which can be heard by dolphins and porpoises and highlights the presence of the nets, thereby preventing accidental entanglement.

The porpoises’ own click sounds can be way above 100 times louder than the pings from the pinger.

Concerns have been raised about porpoises becoming used to pingers attached to nets and learning to ignore them, but the eight-month study – by the University of Exeter and Cornwall Wildlife Trust – found no decrease in effectiveness.

There have also been worries that continual pinger use could affect porpoise behaviour by displacing them from feeding grounds, but when pingers were switched off the porpoises returned.

Harbour porpoises are the most common cetaceans (whales, dolphins and porpoises) seen at the Cornish coast, where accidental catching by fishing boats (bycatch) is a persistent problem.

'WDC were pleased to support this important project’, WDC UK bycatch campaigner, Sarah Dolman says. ‘More than 1,000 porpoises die in UK gillnets each year - it's not clear how many die in gear set in UK waters by other fishing nations. Pingers can be effective in reducing harbour porpoise bycatch and can be used as part of toolbox of other helpful measures.’

By adopting a dolphin or making a donation, you can help us stop the accidental deaths of whales and dolphins.