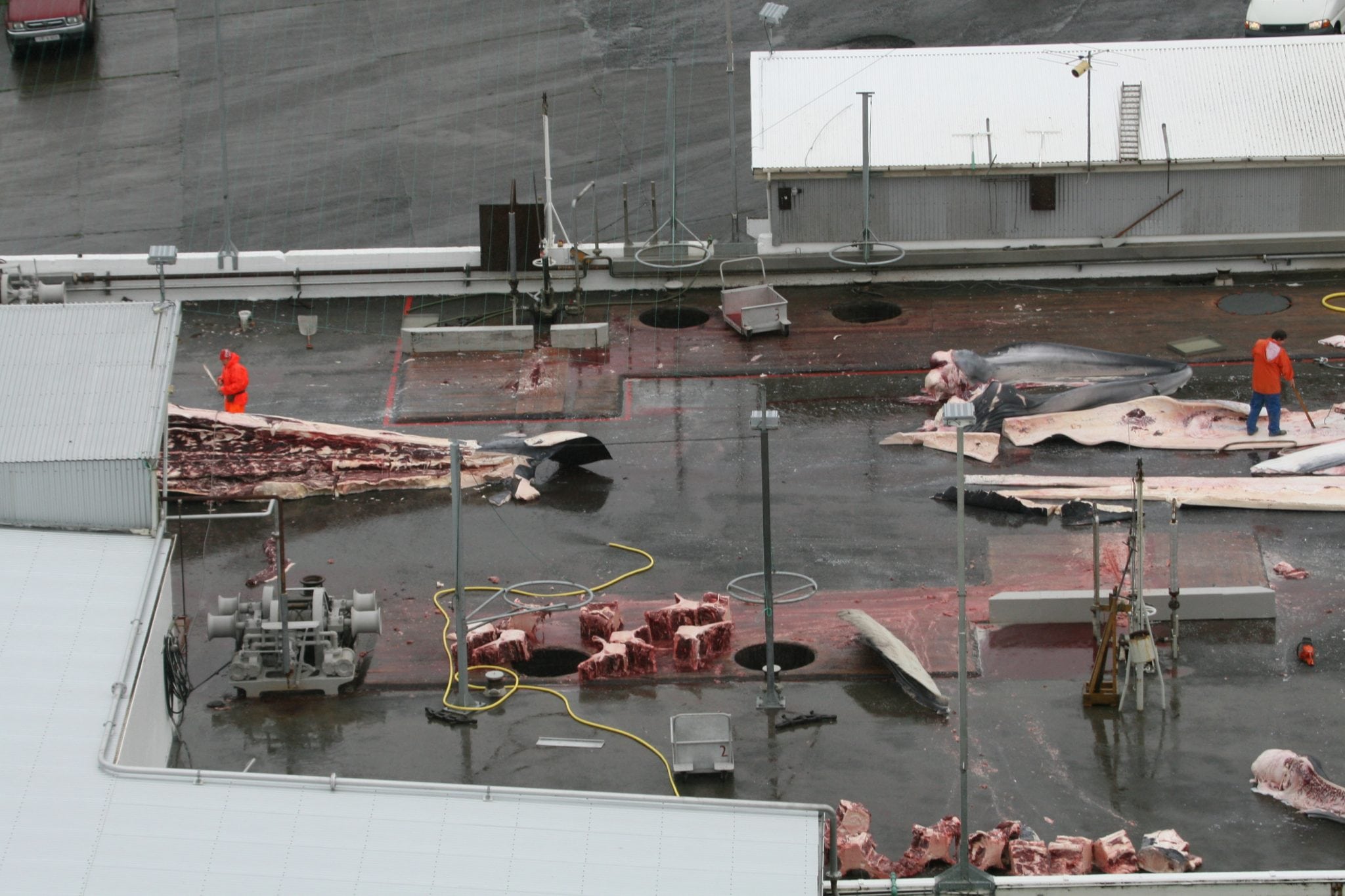 News emerging from Iceland indicates that the company behind Iceland’s fin whale hunts, Hvalur hf, will not be venturing out to kill endangered fin whales this summer.

According to Icelandic press reports, Hvalur hf’s owner, Kristian Loftsson has said the hunts will not take place due to tough market conditions in Japan. This will be the second year in a row that the company will not conduct any fin whale hunts, and is great news for the species. The last hunts to take place off the coast of Iceland two years ago saw over 146 fin whales slaughtered, including at least two rare blue whale/fin whale hybrids and a dozen pregnant females.

Loftsson also states the difficulty of whaling and processing whale meat during the current COVID-19 pandemic as another reason not to hunt this year. However, this contradicts the whaling industry in Norway. Whaling vessels there have set sail to begin their minke whale slaughter already.

It is unclear whether Loftsson's reasons for abandoning the summer hunts are true. Whaling continues to be largely unprofitable. The hunts are also cruel, and increasingly unpopular in Iceland.

WDC CEO, Chris Butler-Stroud said, ‘This decision will see the lives of hundreds of the world’s most remarkable fellow creatures saved. For many years WDC has been illustrating the fact that commercial whaling has only survived because of perverse government subsidies abusing taxpayers’ monies to keep their fleets afloat. Unable to sell whale meat to Icelanders at home,  it’s now comical to see Iceland’s infamous whaler Kristján Loftsson complaining about Japanese government subsidies distorting a market that would never exist if it had to rely on consumer demand alone.’

WDC has long campaigned against commercial whaling of both fin and minke whales in Iceland, and the transit of fin whale meat to Japan.

Help us keep up the pressure and STOP all whaling. DONATE.