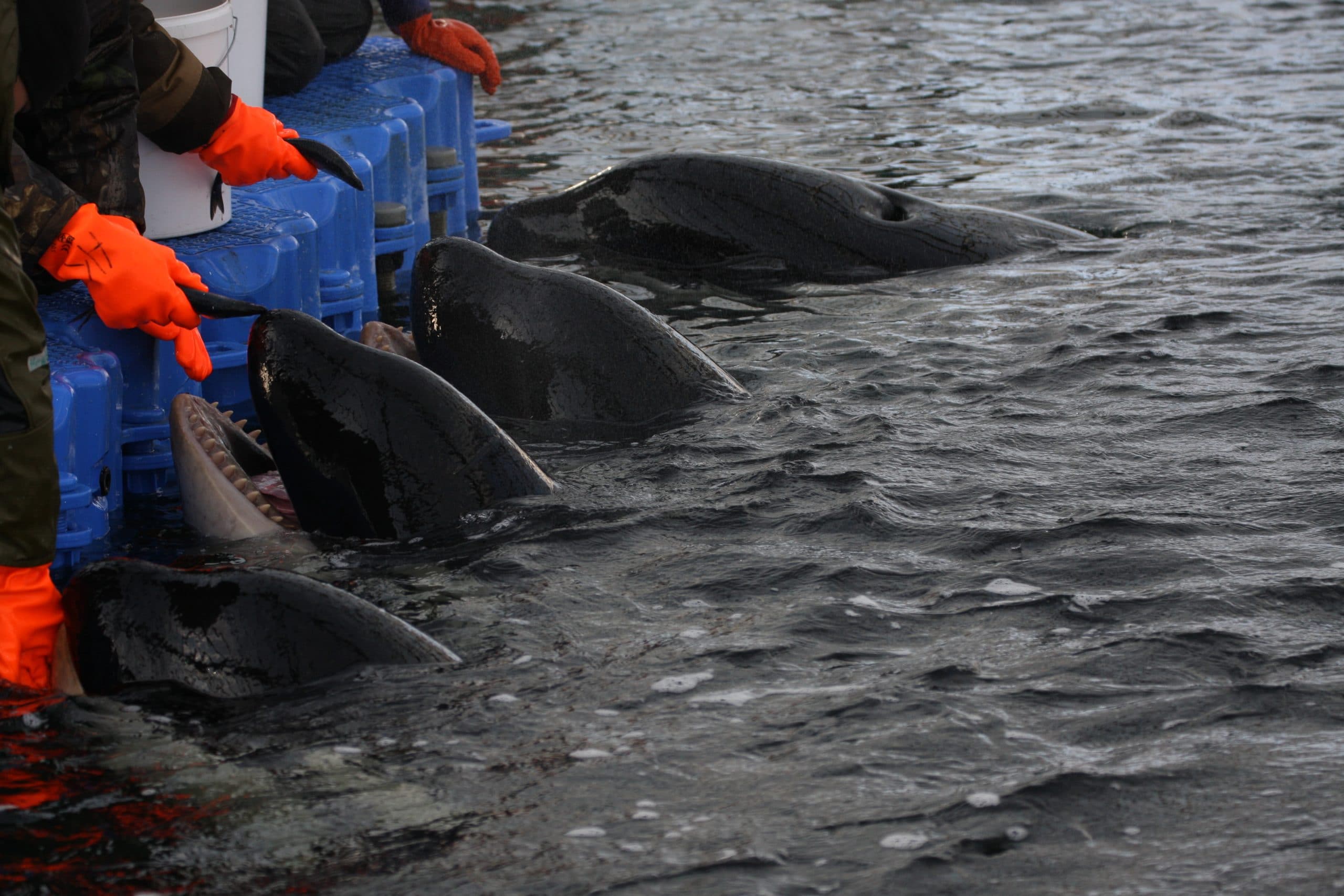 Reports from inside Russia have revealed more than 100,000 petition signers have raised their objections to captivity and have asked the Russian government to end captures of orcas, beluga whales and dolphins in Russian waters for sale to captive facilities.

The national petition-signing campaign involved grassroots protest organisations, many scientists, and celebrities within the country.

The number of signatures gathered on a government website means that the Russian authorities are required to take action and potentially create new laws.

The petition calls for the removal of wording in current in Russian law that allows captures of live cetaceans for the purposes of ‘science’ or ‘education.’  Their current inclusion helped fuel the creation of the now notorious Russian ‘Whale Jail’, which involved the confinement of 97 wild caught beluga whales and 11 orcas in tiny sea pens awaiting shipment to aquariums in China.

Following worldwide public criticism and pressure from groups including WDC, Russian President, Vladimir Putin intervened and plans were made to return all the surviving whales to the sea.

Russia is the only country that allows captures of orcas and beluga whales for captivity.