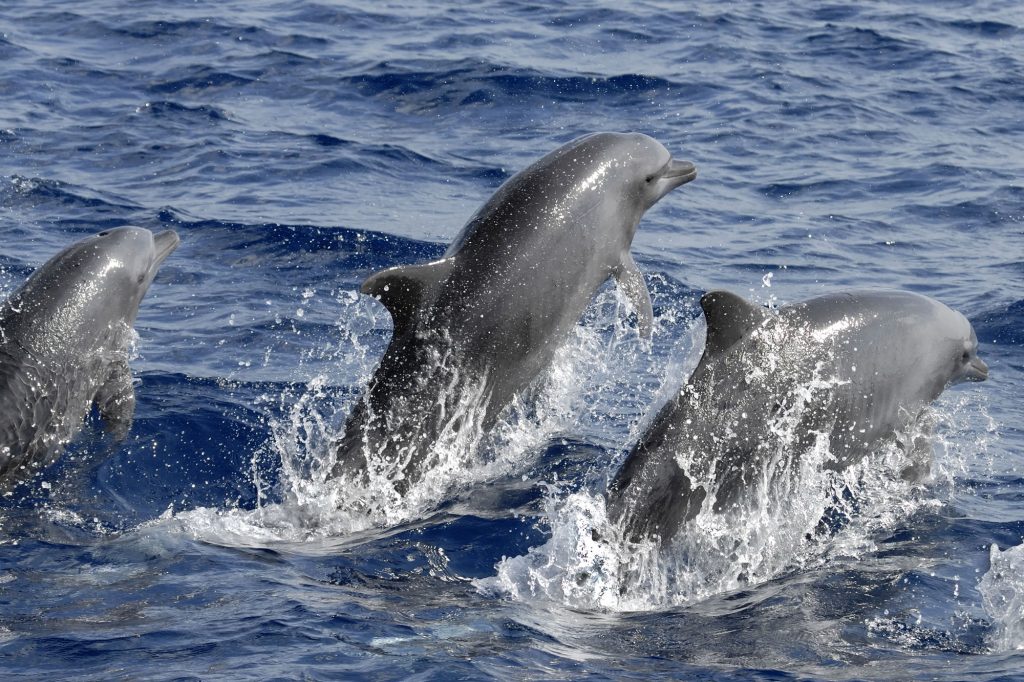 New research has revealed that dolphins have a dominant right-hand side. They are joining a group of other mammals that show this preference, including humpback and gray whales, humans and gorillas.

The research shows that bottlenose dolphins appear to have an even stronger right-side bias than humans, discovered through crater feeding observations. Crater feeding is a hunting technique where the dolphins swim close to the ocean floor, use echolocation to find prey, and then use their beaks to dig into the sand and grab their meal. Notably, the dolphins always make a sharp and sudden turn before digging.  It’s here that the discovery was made: 99% of the 709 turns recorded between 2012 and 2018 were to the left. This indicates a right-side bias, because the left turn keeps the dolphin’s right side of the body close to the ocean floor.

Researchers have proposed several reasons for this behaviour, but it seems that it’s largely to do with making swallowing food easier. Another suggestion was that dolphins produce echolocating clicks with phonic lips on the right side of their head, so it could be advantageous for this side of their body to be closest to the ocean floor.

Why not adopt a bottlenose dolphin with Whale and Dolphin Conservation?