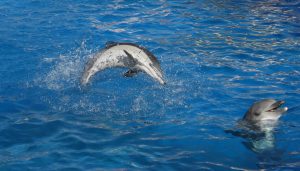 The Government of Ecuador has modified environmental legislation to prohibit the import of marine mammals by aquariums, as well as breeding and the display of individuals removed from their habitats.

This is particularly positive news as it follows efforts in 2018 by a dolphinarium company in Venezuela to open a captive dolphin facility in Salinas, Ecuador. This met with significant opposition from NGOs in Ecuador and internationally.

Ecuador is a Party to the Convention on the Conservation of Migratory Species of Wild Animals (CMS) which in its resolution 11.22 invites Parties to implement national legislation prohibiting the live capture of whales and dolphins for commercial purposes as well the import of wild-caught whales and dolphins.

We congratulate the government of Ecuador for this progressive initiative to protect cetaceans.