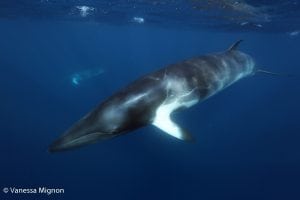 This World Oceans Day, WDC were delighted to have the fantastic support of several of our most committed and generous partners from all over the world in raising funds to support our vital work to protect our ocean and the whales and dolphins who call it home.

US-based publishers Mercury Learning teamed up with another WDC partner, Humble Bundle, to offer the Humble Bundle community a new STEM: Science, Technology and Mathematics book bundle – which included titles worth over $900. The promotion, which ran for two weeks in June, raised a staggering $24k to support WDC.

Mercury Learning’s President and Founder, David Pallai, commented: 'We were delighted to be able to continue to support WDC’s work to keep whales and dolphins safe and free, both here on the US East Coast and across the world, through our STEM bookshelf bundle. Sadly, whales and dolphins continue to face major threats to their survival, like entanglement in fishing nets and plastic pollution – issues WDC is working hard to tackle and that we are proud to help support. We’d like to thank our customers, WDC supporters and the Humble Bundle community for helping mark World Oceans Day 2019 in such a positive way for our oceans'.

Long-time partner, ebay.co.uk also chose WDC as their feature charity for the week commencing 3 June, giving all eBay customers the chance to make an optional donation to WDC at checkout and raising over £1,300.

Online retailer Ethical Superstore, which has long supported WDC’s work to tackle ocean plastic pollution, also ran a special promotion in the run up to World Oceans Day – offering customers the chance to choose from two offers when they spent over £45 on the site, including one which provided a £5 donation to WDC. Thanks to Ethical Superstore’s generous customers WDC has received a donation of £600.

WDC also teamed up for the third time with London streetwear brand Lazy Oaf who kindly donated £250 to WDC from their Soho store’s sales on World Oceans Day, as well as gifting a pair of their fantastic orca socks to all of their customers and sharing information about our adopt an orca programme with their hundreds of thousands of Instagram followers.

The special day of celebration, which raises awareness for ocean conservation all over the globe, also marked the launch of WDC’s partnership with luxury Swiss watch manufacturer, Oris, who have created a limited edition blue whale dive watch as part of their ocean trilogy collection. Only 200 of the exclusive watch sets, which are housed in a special presentation box crafted from recycled ocean plastics, have been produced. The watches will support WDC’s work to protect blue whales from the many threats they face - including ship strikes and pollution – both by raising awareness of WDC and our important conservation work and campaigns to protect the largest creature on Earth, and though a generous donation of €10k to help support our efforts.

A huge thank you to all of our wonderful partners who marked World Oceans Day by choosing to support WDC and share information about our important conservation work and campaigns with their customers, staff, and communities.