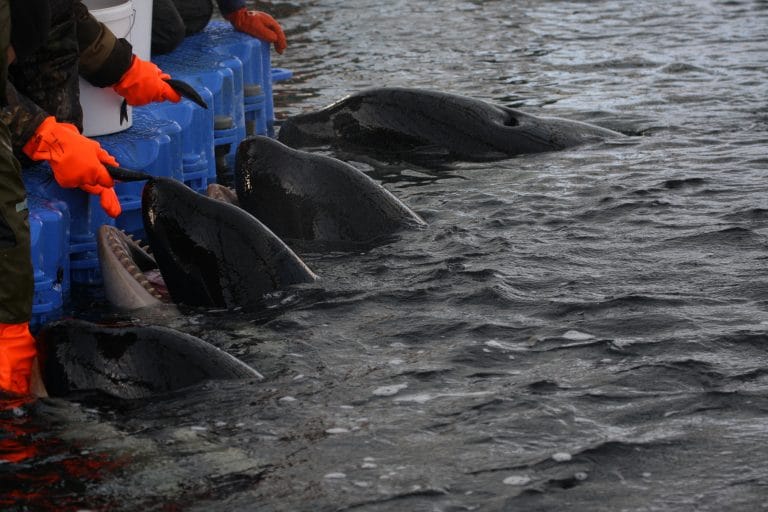 Captured last year for possible sale to Chinese captivity theme parks, the individuals are currently held in cramped sea pens in Srednyaya Bay in Nakhodka, Russia whilst they await their fate.

A court in Vladivostok has now ruled the company, White Whale has broken fishing rules. Cases against another three companies involved in the mass captures are expected to be heard shortly.

A group of scientists representing a range of international organisations, including WDC, recently wrote to the Russian president, Vladimir Putin expressing concerns about the welfare of the belugas and orcas currently held in what has now been dubbed the ‘whale jail’.

In February, President Vladimir Putin asked his government to look into the whale enclosures and it is hoped plans for their release will soon be made.

Read about how WDC is currently helping to create a sanctuary for two captive beluga whales.

Make a donation today and help us end cruel captivity for good.