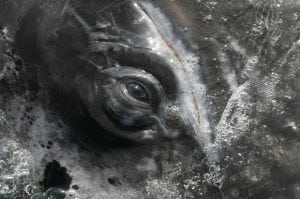 Federal authorities in the United States have put forward a proposal that would allow the Makah, a Native American tribe, to resume the hunting of gray whales in Washington State.

The National Oceanic and Atmospheric Administration (NOAA) made the announcement on Thursday. Under the proposal, the Makah would be allowed to kill one whale in odd-numbered years and three whales in even-numbered years over a period of ten years.

Under a 1855 treaty with the US, the Makah were given the right to hunt whales, however they stopped in the 1920s. For over 70 years no whales were killed until 1999 when they resumed the hunt and killed a single whale.

Several years of legal battles then ensued before a court ruled that no further hunts could take place until an Environmental Impact Statement had been completed.

In 2007, an illegal hunt took place which resulted in the conviction of five people. Reports at the time indicated the whale took nearly 12 hours to die.

A judge will make a final recommendation on the new proposal to NOAA at a court hearing in August.

WDC believes the Makah should pursue an alternative relationship with the whales and consider whale watching as such an alternative to whaling. The Makah have no nutritional subsistence need and not pursued whaling for more than 90 years. Given the huge importance of whales for a healthy marine ecosystem and even the planet's climate, keeping them alive and well is also in the interest of the Makah.