I recently attended a two-day workshop on Long Island on offshore wind development projects. You could say I was “blown away” (I’m a sucker for a good pun) by the number of people involved in the workshop-over 180! While we were primarily focusing on the wind farms planned for development off the coast of New York, there was a broad range of stakeholders in attendance. Most of the world’s existing wind farms are off European and UK coastlines, and while listening to the accented voices telling us about their experience in these areas, I set out to learn as much as I could about these wind energy projects and how they might potentially impact whales and other marine animals. If you’re wondering how these animals will be impacted, I will share the most common response that the experts shared: “It depends”.

We don’t know much yet, and it DOES depend on a lot of things. Each wind farm and its impact to the surrounding environment varies based on a number of factors including: the type of seafloor (rocky vs. sandy), the number and size of the turbines, the number and size of substations (machines responsible for preparing the generated power for transfer to land via buried cables), the amount of pile driving involved for installing the wind turbines, the time of year at installation, proximity of certain marine animals, and the particular species found in each region, among many other things. What we do know is that whales and dolphins are acoustic animals, and so careful consideration is needed to make sure that their necessary communications are not disrupted; this goes beyond just offshore wind development, too – think seismic testing for oil, loud ship engines, etc.

The truth is that, when it comes to marine mammals at least, we don’t know the extent of potential wind farm impacts to large, migratory whales because this is the first time that wind farms are being built along a known migratory corridor. The Block Island Wind Farm, America’s first offshore wind farm, has only been operational for less than two years, which isn’t enough time to get a big picture understanding of how whales might be affected. It is located only a few miles from Block Island, off the coast of Rhode Island, an area where endangered North Atlantic right whales, among other species, have been seen in recent years. 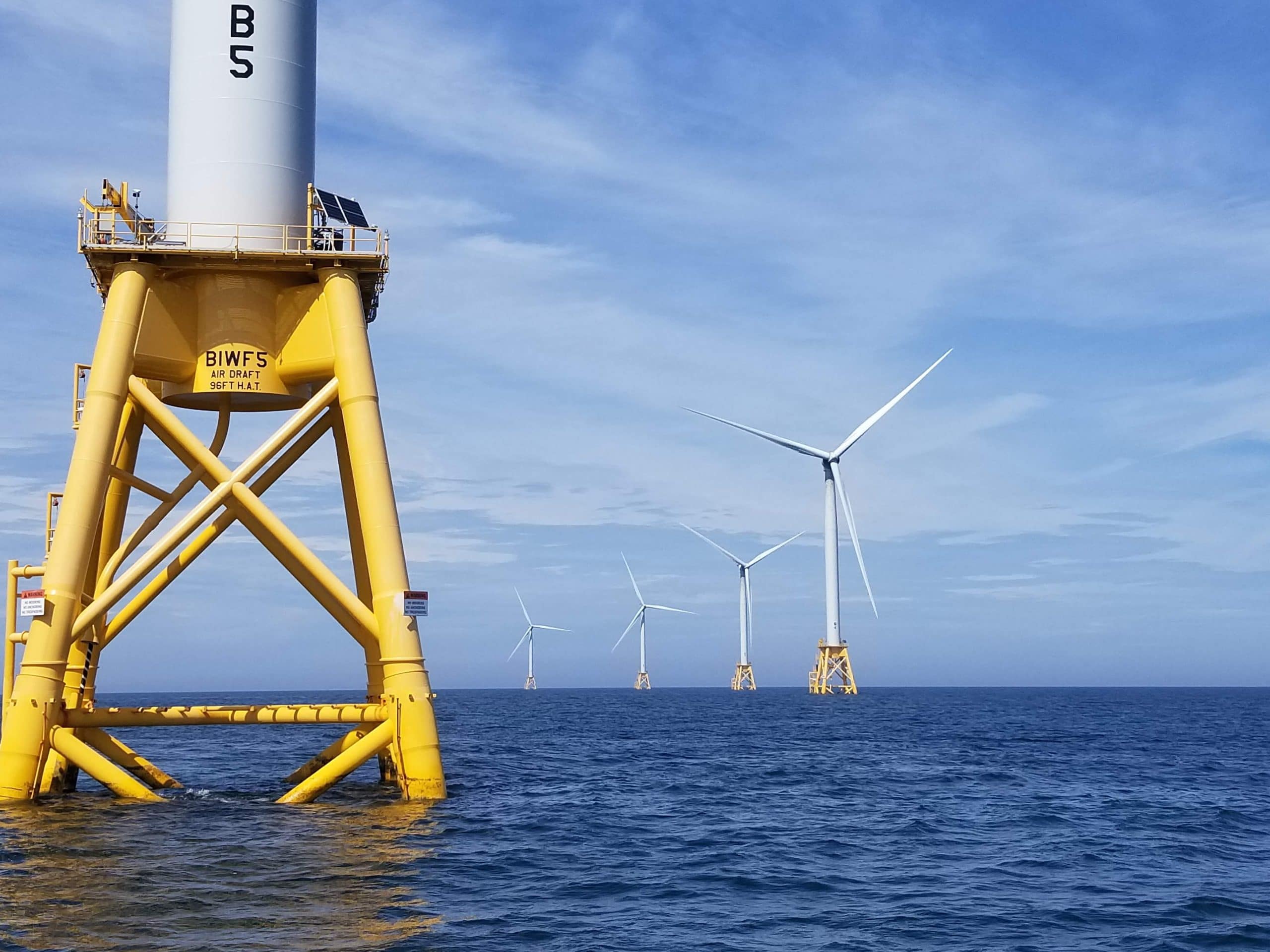 Additionally, a number of different environmental factors and human activities are having a cumulative impact on whales, making it hard to determine the specific impacts from each factor. Throwing offshore wind farms into the mix won’t make it any easier. And while the short-term impacts from the Block Island Wind Farm aren’t fully known thus far, there could be cumulative impacts that result from having multiple wind farms installed along the Atlantic migratory corridor.

One thing that was made very clear during the workshop is that these offshore developments are proceeding and at a rapid pace. There are many steps (and years!) involved in building offshore wind farms, but currently there are 13 different leases issued to companies who are underway with this process. The Bureau of Ocean Energy Management (BOEM) is the federal agency responsible for issuing these leases and monitoring the progress of each wind farm site. It is important that we work with our fellow conservation partners to make sure whales and dolphins are being considered every step of the way. This includes attendance at these types of meetings, connecting with members of the industry, and submitting comments, based on many hours of careful data analysis to assess potential impacts, for BOEM’s consideration. Will you support us in this effort? 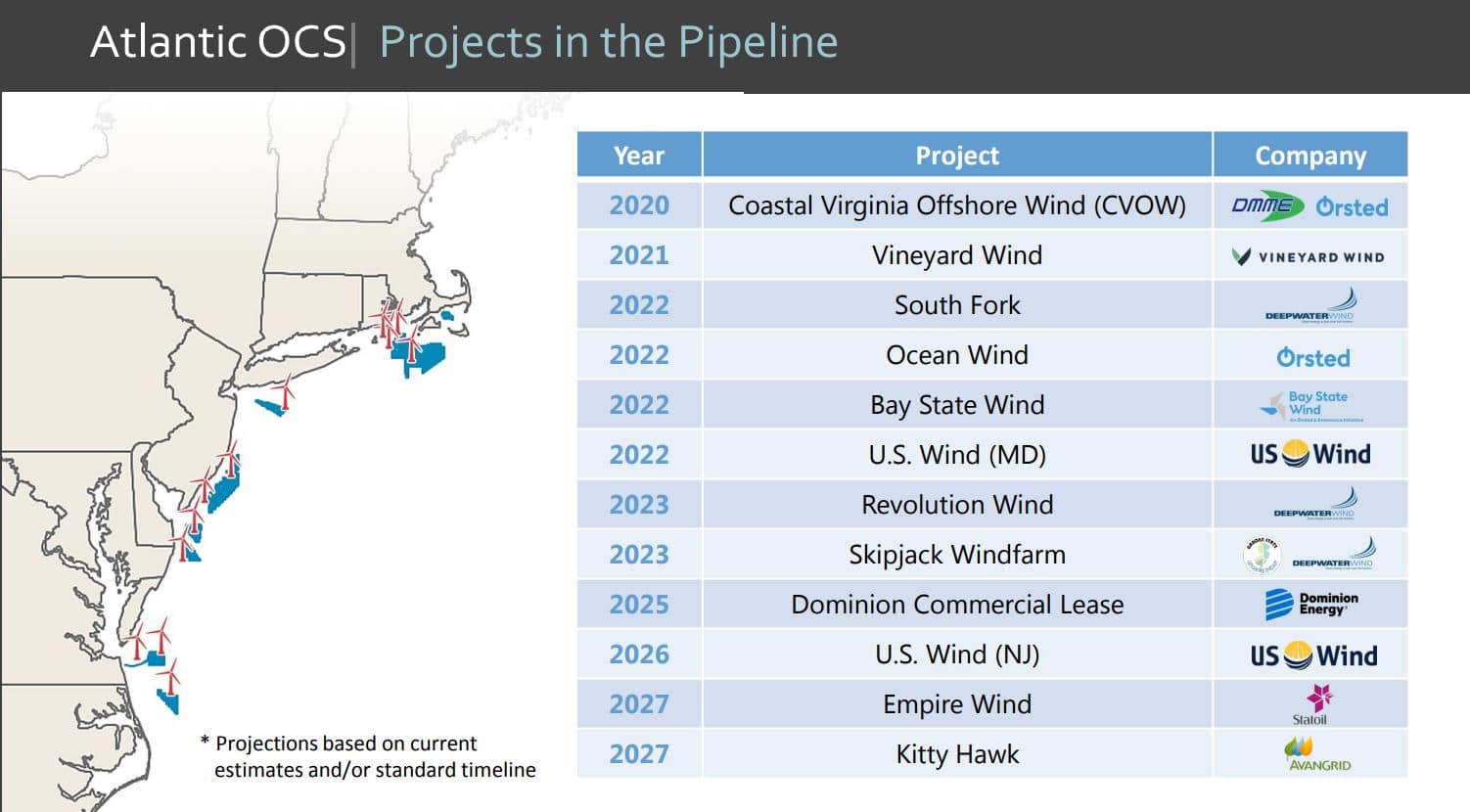