Jenny Orriss, 20, is a student at Cambridge University and also a first team member of the University’s rugby squad. They take on Oxford University in the historic Varsity fixture on 6th December at Twickenham Stadium, the home of English rugby. WDC is an official partner. This year’s game will mark the 30th anniversary of the first women’s match. In this guest blog, Jenny talks about why WDC’s involvement is important to her and why we all need to play a part in cleaning up the ocean.

My name’s Jenny and I’m studying chemical engineering at St Catharine’s College Cambridge. This is my fourth and final year at the University but an important one for many reasons, not least because I will get to run out onto the famous pitch at Twickenham to represent Cambridge, where we will once again take on Oxford University in what is a historic game. 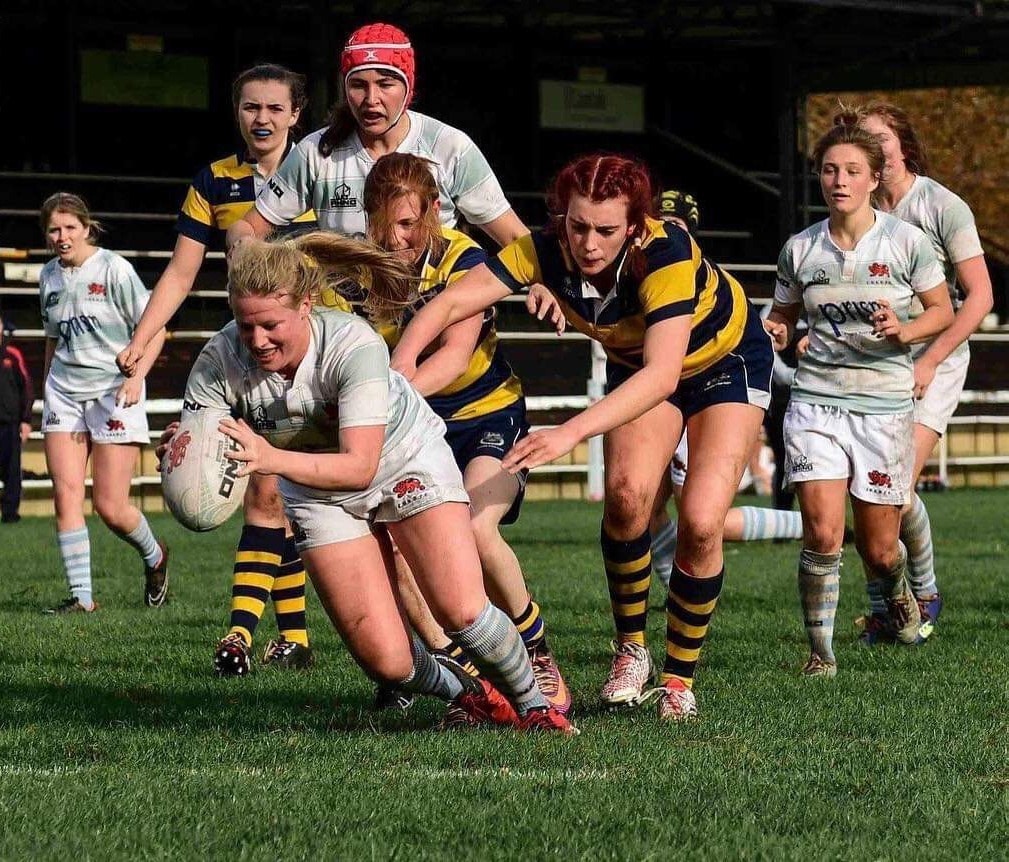 I began playing rugby when I started university and was selected to play in my first Varsity Match in 2017. The Varsity Match is such a special and unique occasion, I have grown up a keen rugby fan and getting the opportunity to play at Twickenham is indescribable. This is the 30th anniversary of the women’s Varsity rugby fixture and only the fourth year that the women have played this match at Twickenham Stadium, which makes it even more special knowing how hard the women who came before me have worked to allow me this opportunity. It is a proud moment when you get to pull on that light blue shirt.

This is also a special match because WDC will be making its debut as a partner charity. I’m so glad because WDC is such an important charity. I have always been an avid animal rights and welfare activist and I love the work that WDC does.  I believe that many people do not appreciate the extent of the threats to whales and dolphins caused by human activity and WDC helps to publicise this and encourages people to make positive changes in their lives.

WDC’s campaign to end whale and dolphin captivity is so important. For years it has been considered acceptable to keep these intelligent creatures in captivity for entertainment without any consideration for their welfare. Although opinions have changed and it is now widely deemed unacceptable, it can be hard to remove them from this environment. This is why WDC’s work to help create a sea sanctuary for beluga whales, is such a huge step forward.

Hunting is another very important issue and if, with the help of WDC, we can educate the youth of today on the environmental impacts and cruelty involved then hopefully the long-term outlook will be more positive.

Much of the harm done to whales and dolphins starts far from the ocean with the treatment of urban environments. Many people don’t see the connection between disposing of plastic in their local area and whales living in the sea miles away. 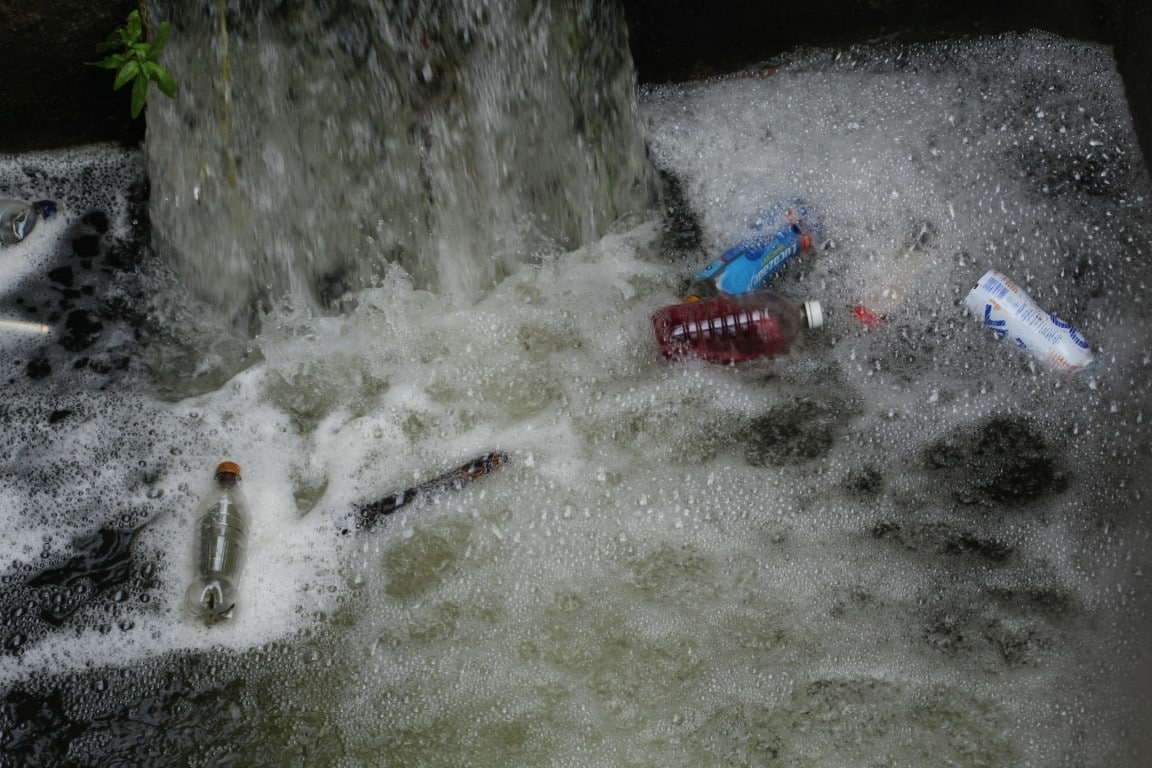 WDC works to educate people on the link between our lifestyles and the marine environment. I, and members of the women’s and men’s teams, recently took part in an Urban Beach Clean, litter picking around Cambridge. The volume of rubbish we picked up in just an hour was shocking. Much of this was plastic and many of these items were unnecessary, for example, excessive packaging, straws or cutlery. This was a real eye-opener for all of us, as we’d believed that Cambridge was a clean and environmentally friendly city, but the amount of waste we picked up proved otherwise. This is just one area of one small city and thinking about how much could be found across just the UK is deeply concerning. 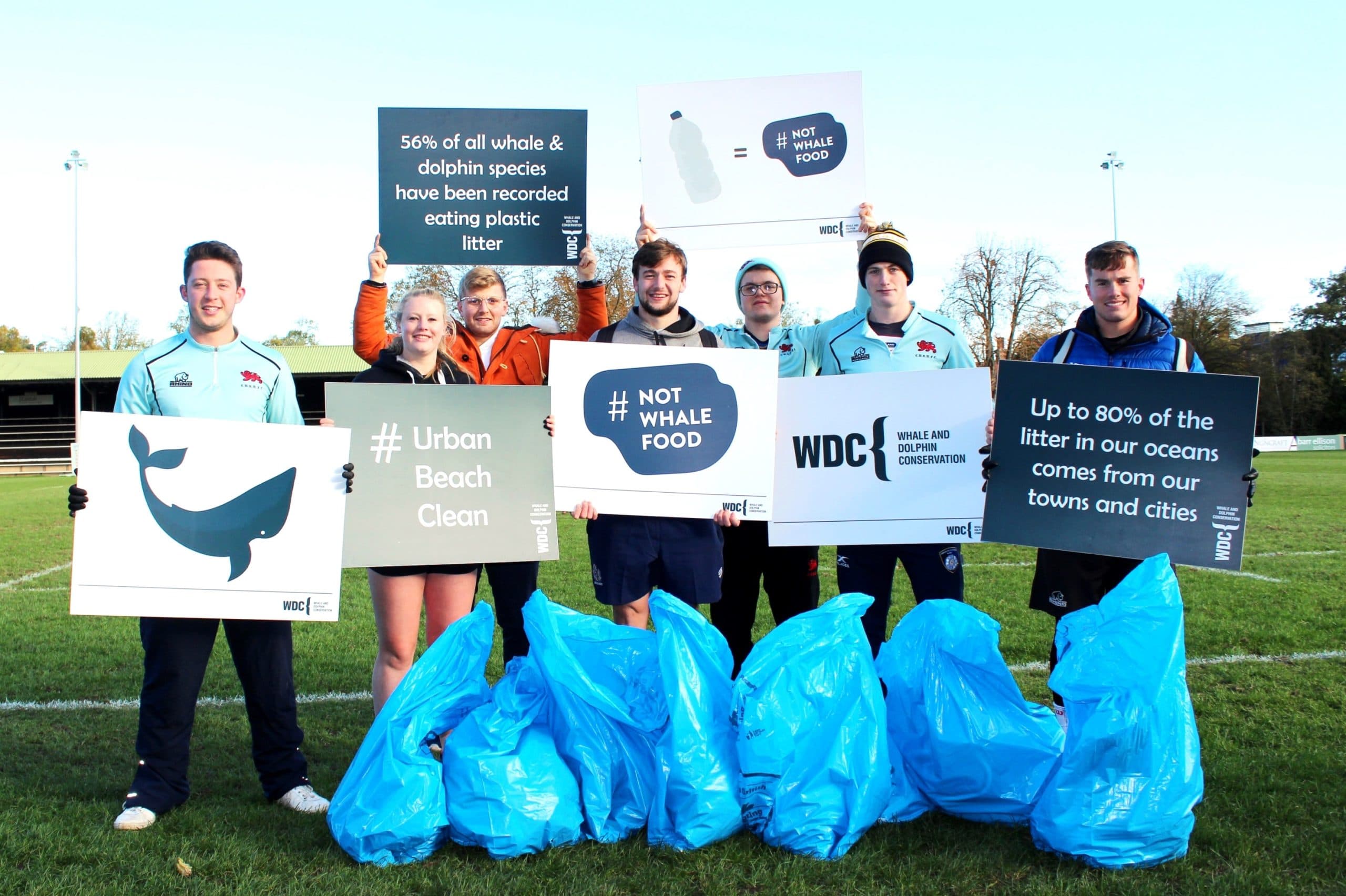 I really hope that education and amazing charities such as WDC can improve things before it becomes too late. There is no reversing the negative effects we are having on the Earth and the wildlife we live side by side with. The future for our planet looks bleak if we continue to treat it the way do. Something I heard recently really sums up this issue, ‘it’s only one plastic straw, said eight billion people’. The positive change we can make as individuals is something we should never underestimate.

The Varsity Match this year is looking to be a close, competitive game with both teams looking strong in the build-up. However, I believe the ethos that we have at Cambridge, and the cohesion of the squad will give us the edge enabling us to really showcase our skill and get the victory! We will be tackling Oxford on the big day – I hope WDC continues to tackle the problems facing whales and dolphins into the future.

The views and opinions expressed by our guest bloggers are those of the author and do not necessarily represent those of WDC.