I’ve just returned from France where a friendly group of scientists from 11 countries were gathered to put our heads together to help protect the whales, dolphins and other marine mammals who live in the Antarctic’s vast Southern Ocean. 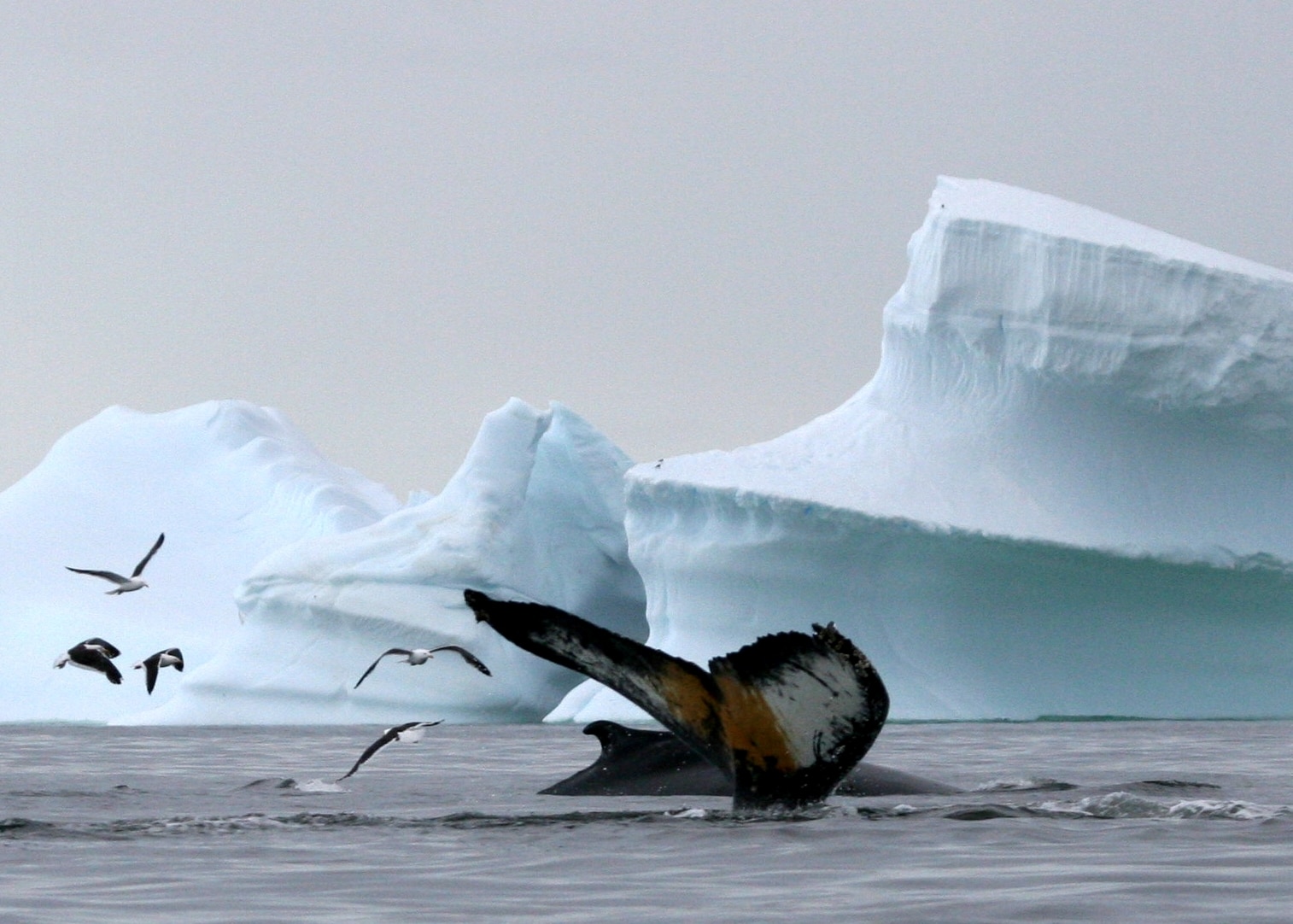 Can’t believe how much I learned during the week: One scientist talked about seeing a sea full of fin whales around the Antarctic peninsula – so many that it challenged the current population estimates for fin whales all around Antarctica. Of course, we heard the usual amazing orca stories of them working together to wash seals off ice floes or poking heads up through an ice hole right beside you, eyeball to eyeball. And so many seal stories. Most seals are central place feeders – they like to have their dinner in one main spot. Turns out elephant seals feed all over the place – meals on the run. I can identify with that.

The icy waters around Antarctica occupy more than 15% of our planet’s surface and are home and feeding ground to more than a quarter of all marine mammal species. All of the large whale populations were dramatically cut down by whaling mainly in the 20th Century, yet, in other ways, Antarctica remains one of the least altered marine ecosystems on Earth. The whales could recover some of their numbers if climate change and rising temperatures don’t halt the process.

Vast areas of the high seas throughout the world’s oceans have no protection for the creatures who live there. Hence, our meeting. If you look at a map of the world that shows the areas of sea that are protected, you’ll see a pattern – the areas that have protection are relatively close to land. Because protection is granted and enforced by individual countries, the sites that are protected are areas that fall under national jurisdiction. But what about the whales and dolphins who don’t live in national waters? What if you are a whale who lives in the Southern Ocean in Antarctica – who protects your home? 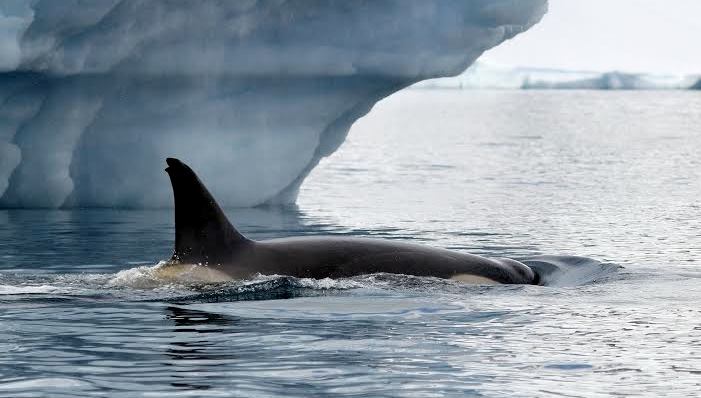 The first step for protection is identifying the most important areas, or habitats, used by the whales for feeding, breeding, resting and socializing. That’s why, in 2013, along with scientists Giuseppe Notarbartolo di Sciara and Mike Tetley, I helped devise a new tool for conservation – the Important Marine Mammal Area, or IMMA. We knew that there was a lot of information on where whales and other marine mammals are found, but no standardized scientific way of presenting this information to help make conservation happen.

Whenever I talk to people about our IMMA idea, I get a great response. It’s partly because whales, dolphins and other marine mammals are good indicator species. Fish, squid and other animals in the sea are largely invisible at the surface but whales and dolphins, tethered to the surface by the need to breathe, can reveal secrets about the health of the ocean, the diversity of species and potentially the effects of climate change, all by monitoring their habitats and movements in the sea. Whales and dolphins are also iconic ocean residents with the power to move scientists as well as policy makers to make positive conservation changes.

In the international waters of Antarctica, a special commission has been set up to create marine protected areas. They will now be able to draw upon our IMMAs for the region in their efforts. In all, we proposed 15 new candidate IMMAs. These include vital habitats for humpback, minke, blue, southern right and fin whales as well as crabeater, leopard, Weddell, Ross, southern fur and southern elephant seals, New Zealand sea lions and orcas. One huge area that the Antarctic scientists feel passionately about and has been made a candidate IMMA is the circumpolar ice edge which serves as a magnet for feeding and breeding marine mammals all around Antarctica. >

The next step is for these 15 new candidate IMMA from the Southern Ocean s to go to an independent review panel and, once approved, they will join more than 100 more IMMAs that have been identified in the Pacific and Indian oceans and in the Mediterranean. Over the next few years we will extend our IMMA work to every corner of the ocean. 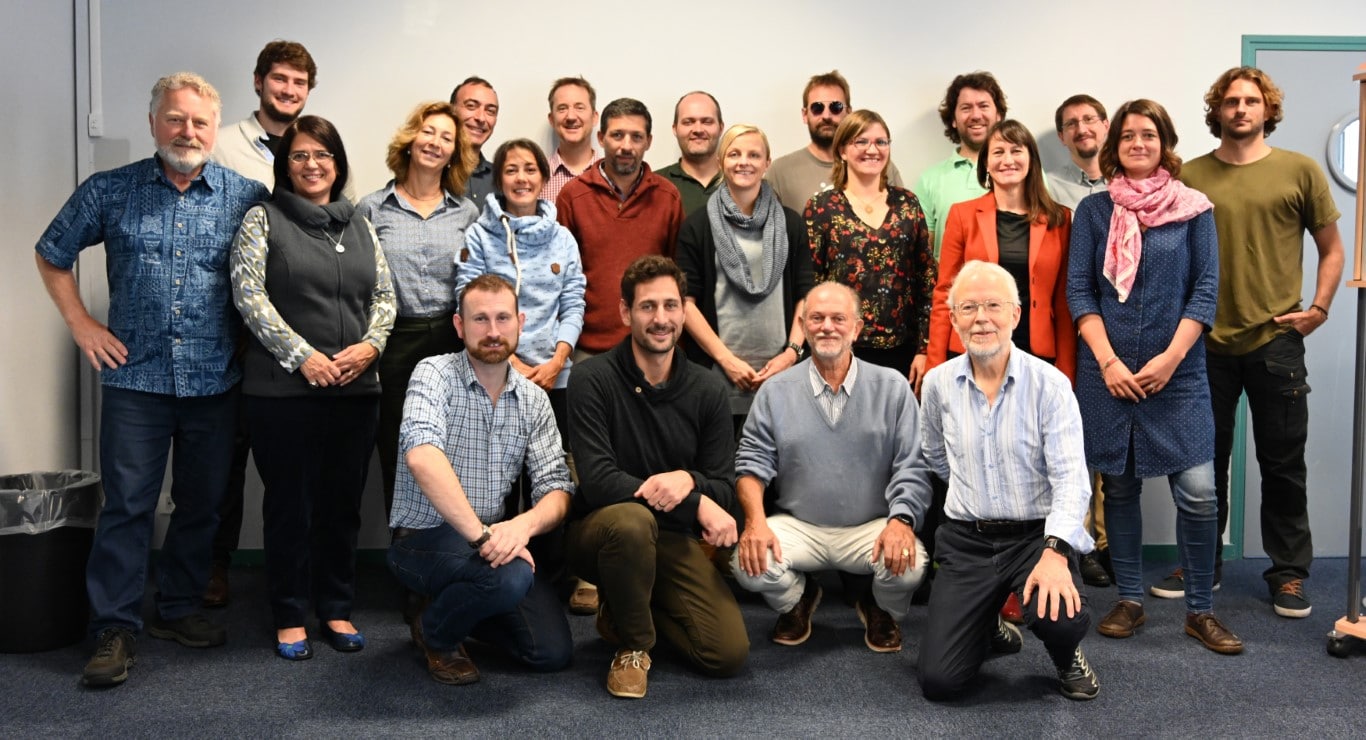 I was fortunate to be able to co-chair this Southern Ocean summit of scientists – each of them an expert on certain Antarctic animals and habitats – and we drew upon the work of many more scientists to make our proposals for the new candidate IMMAs. The Antarctic scientists I met are dedicated, but also fun to work with. We laughed and told stories and we all worked hard on our IMMA submissions – even though we would rather be out photographing dorsal fins, riding the waves, or even just standing on an ice floe waiting for an orca to pop up. The bottom line for all of us is the resolve to help extend the protections for the whales, dolphins and other marine mammals to their important habitats – their homes in the sea.

If you’d like to make a donation to help this vital work, we promise to use it wisely.

With thanks to the French Biodiversity Agency for funding the workshop through the IUCN Global Marine and Polar Programme.