We are very excited to reveal the news that Rainbow and Kesslet, two of the WDC adoption programme bottlenose dolphins in Scotland have given birth to baby calves.

WDC’s adopt a dolphin field officer, Charlie Phillips had been watching Kesslet’s son Charlie and some of his young mates prowling around Chanonry point in the Moray Firth recently when he received a phone call from colleagues the Dolphin Spirit Inverness tour boat owners.  They had spotted Kesslet with a tiny new baby in the nearby harbour.

This is the newest dolphin baby Charlie had ever seen in all his years of watching dolphins – just a couple of hours old!  As you can see from the photo (below), Mum and baby are well. Over the next few days, the little one will start to develop a breathing pattern and will become more coordinated.

Just before news of Kesslet’s new baby emerged, we got word that another dolphin in the pod, Rainbow had also given birth to a new baby. This will be her fifth and above is a picture of her with her new calf, taken by Dave Jefferson. 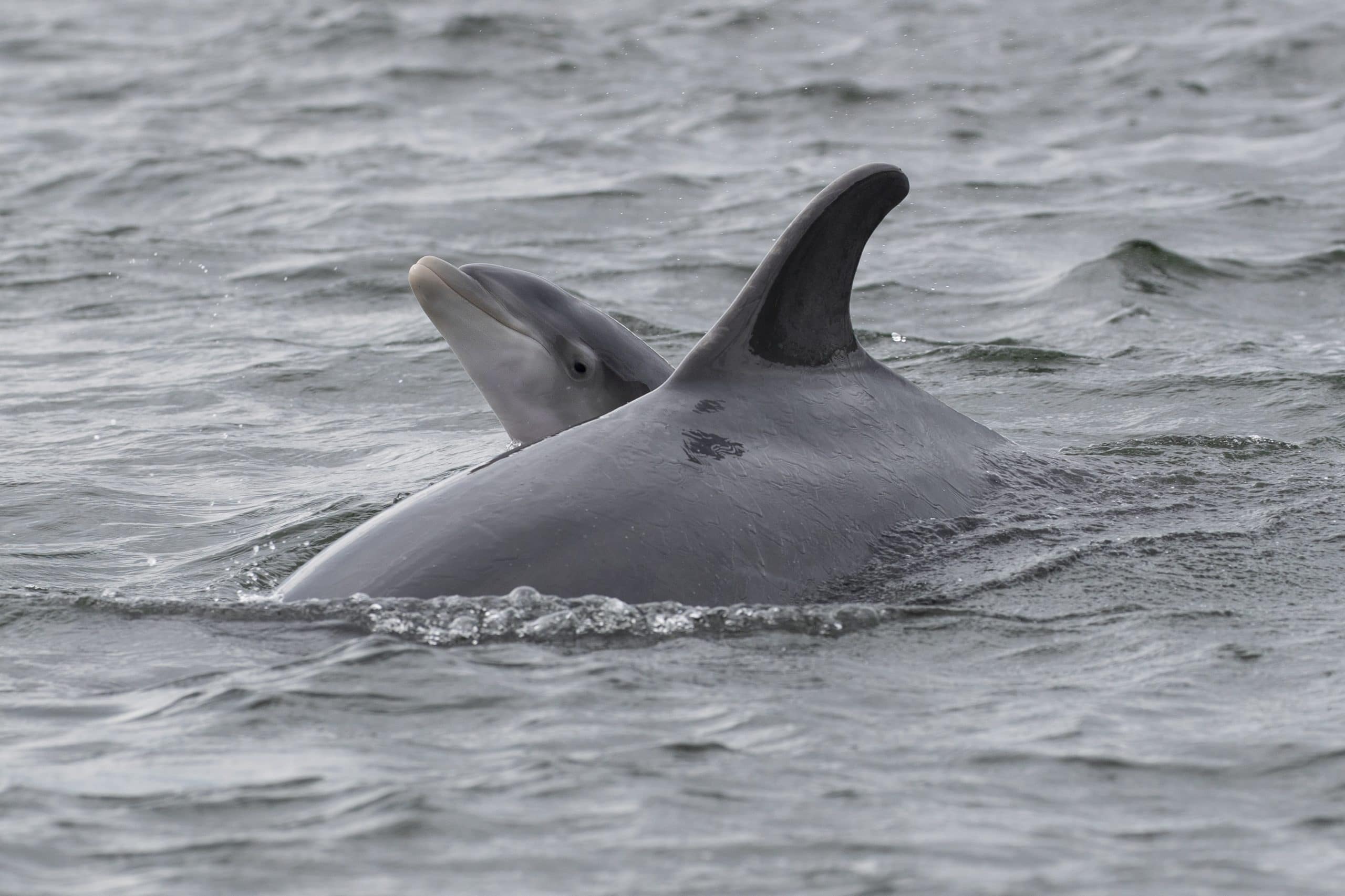 Charlie will be keeping an eye out for both new-borns in the coming weeks.

We need your help to protect whales and dolphins from the threats they face each day. Why not adopt a dolphin with WDC today.