A new thirty-year study, led by Whale and Dolphin Conservation with the universities of St Andrews and Exeter, reveals dolphins learn tricks from each other in the wild – like ‘walking’ on water. 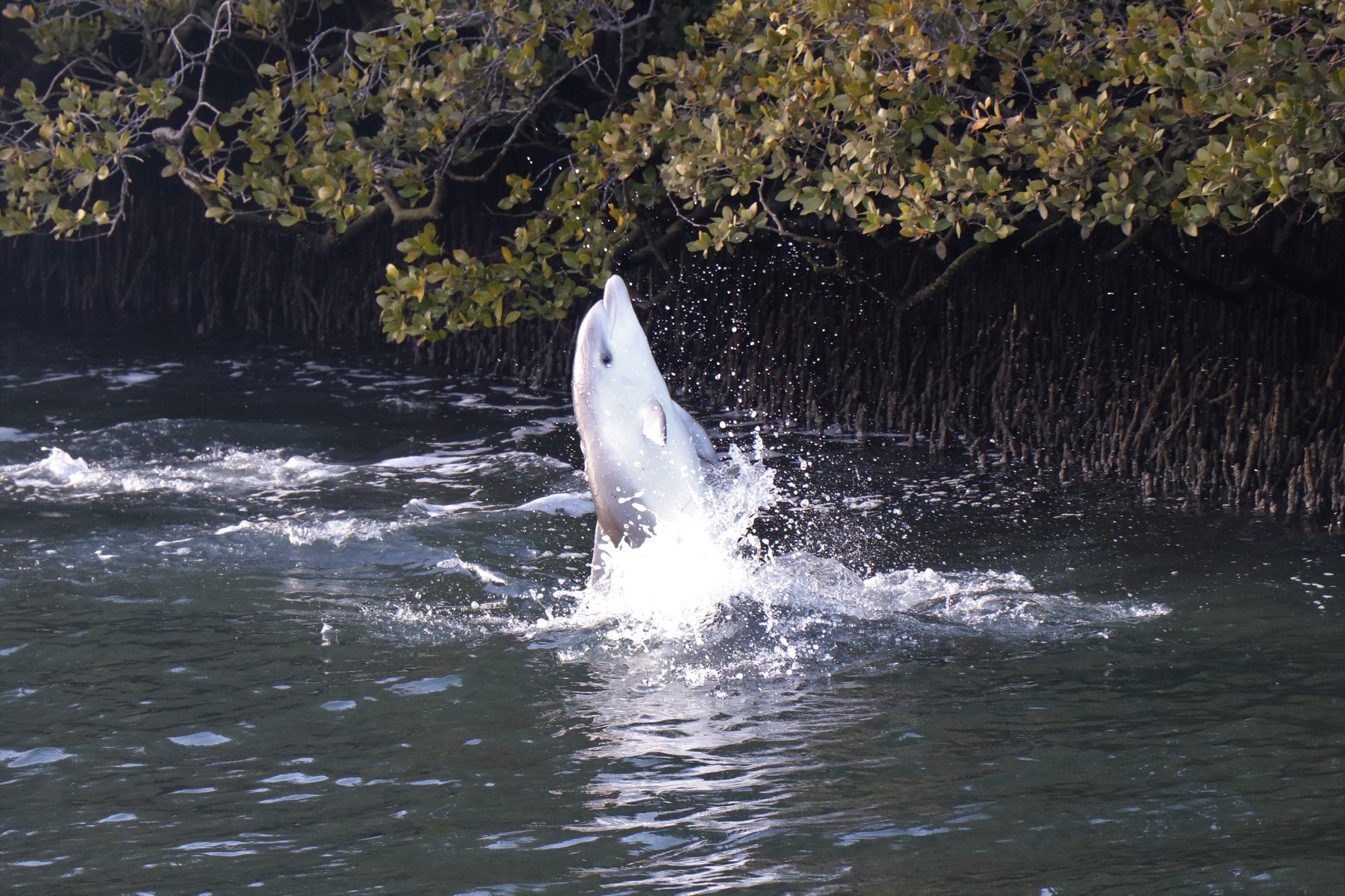 The research, which will be published in the Royal Society’s Biology Letters (5th September), focusses on a scientific analysis of Adelaide’s famous tail walking dolphins and describes how tail walking was learned by a single dolphin called Billie and then copied by other dolphins in the local community, and then, much like a popular human fad, faded out.

Tail walking involves a dolphin rising vertically out of the water and then moving forward or backwards across it – think Michael Jackson’s famous moonwalking. The behaviour rarely occurs in the wild from this species but is a standard part of the routine in almost all dolphinaria.

Billie (one of the dolphins in WDC’s adoption programme) was rescued from a polluted creek in January 1988, spending several weeks in a dolphinarium, until released back in to the wild. It seems   she learned tail walking by observing the performing dolphins and, when released, began performing this unique behaviour with regularity in the wild.

Billie’s tail walking would be nothing more than an interesting example of individual social learning if she alone had performed it, after having observed it during her short time in captivity. But soon other dolphins in the local community began performing the behaviour. By 2011 nine dolphins had been observed tail walking in the wild. After 2011 the number of dolphins tail walking in the wild declined with the most prolific tail walker dying in 2014, leaving only two remaining tail-walkers, both of whom performed the behaviour only sporadically. 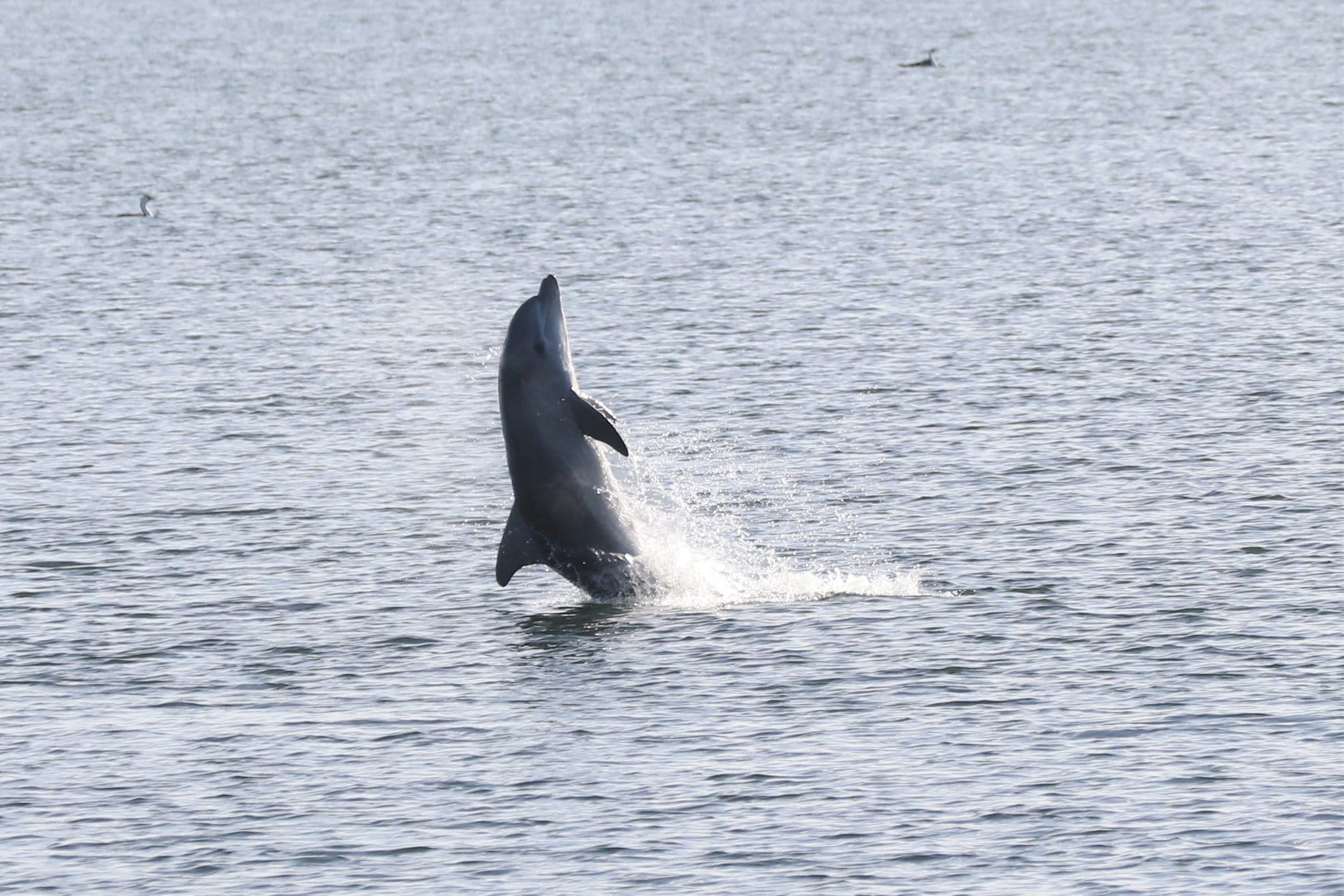 Tail walking now seems destined to disappear from the community and thus can be considered a dying fad. The behaviour was tracked by WDC using thousands of hours of observation effort by citizen scientists, and its spread suggests a social function for copying in dolphin communities.

Cultural behaviours arise when individuals learn a specific behaviour from other members of their social group, which then spreads through the community. Sometimes cultural behaviours, such as foraging strategies, are passed between generations. Fads are short lived examples of socially learned behaviours which flourish for a short time and then disappear.

Lead author of the paper, WDC’s Dr Mike Bossley, noted it was only because he had been studying the Adelaide dolphins for over thirty years that the significance of tail walking was recognised: “I knew Billie’s history and was able to track her behaviour and that of the other dolphins in the community over an extended period. This enabled me to observe tail walking spread through the community and then its eventual fade away.”

University of St Andrews researcher Dr Luke Rendell, a co-author who specialises on researching whale and dolphin cultural behaviour, said: “Once again we see the power of being able to study cetaceans over extended periods that mean something given their lifespans. Dr Bossley’s long-term commitment has afforded us a revealing insight into the potential social role of imitation in dolphin communities.”

Adopt a dolphin with WDC today.