Whales and dolphins are known to grieve for their dead but Southern Resident orca J35, known as Tahlequah, carried her dead new-born in a record ordeal of 17 days, swimming 1,000 miles with her family.

Her tour of grief has been followed by people around the world since her calf died a short time after being born on July 24th.

20-year-old Tahlequah carried her female calf, often diving deep underwater to bring her baby back to the surface before now finally letting her go. The Centre for Whale Research wrote in their update on August 11 that “the carcass has probably sunk to the bottom of these inland marine waters of the Salish Sea [between Canada and the US], and researchers may not get a chance to examine it for necropsy (autopsy of an animal)” which means that the cause of death remains unknown.

The difficulty in growing the critically endangered Southern Resident population has been linked to nutritional stress, with many stocks of Chinook salmon, their preferred prey, declining throughout the orcas’ range. The orcas struggle to find scarce and scattered salmon amidst an ocean filled with increasing noise from vessels, construction, and sonar, and the continuing impact of contaminants that further impair their reproductive and immune systems.

Tahlequah’s grief has helped to illustrate this existential threat facing her community, which has not had a successful birth in nearly 3 years.  “J35 frolicked past my window today with other J pod whales, and she looks vigorous and healthy,” Ken Balcomb, of the Centre for Whale Research, told The Seattle Times. 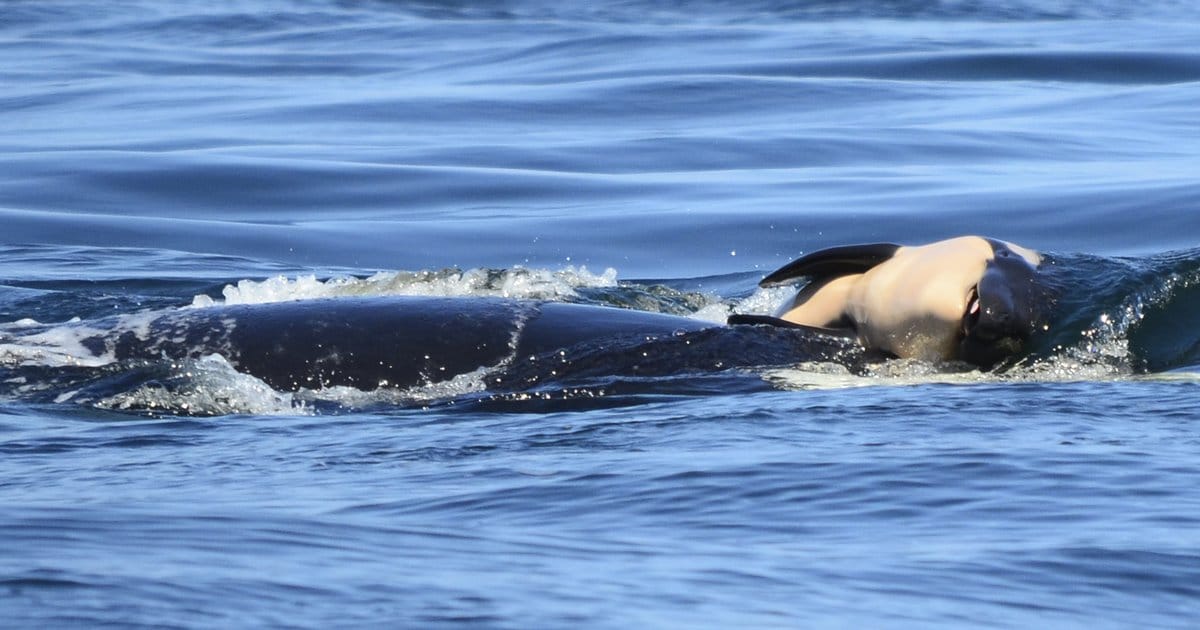 Another orca, J50, known as Scarlet, has been in poor condition all summer and received antibiotics to increase her chances of survival.

We now need a sweeping change in policy – of how we live with and manage the salmon rivers, coastal ecosystems, and shared waters –to ensure the future of this community of orcas.

Find out more about what you can do to save Southern Resident orcas here.