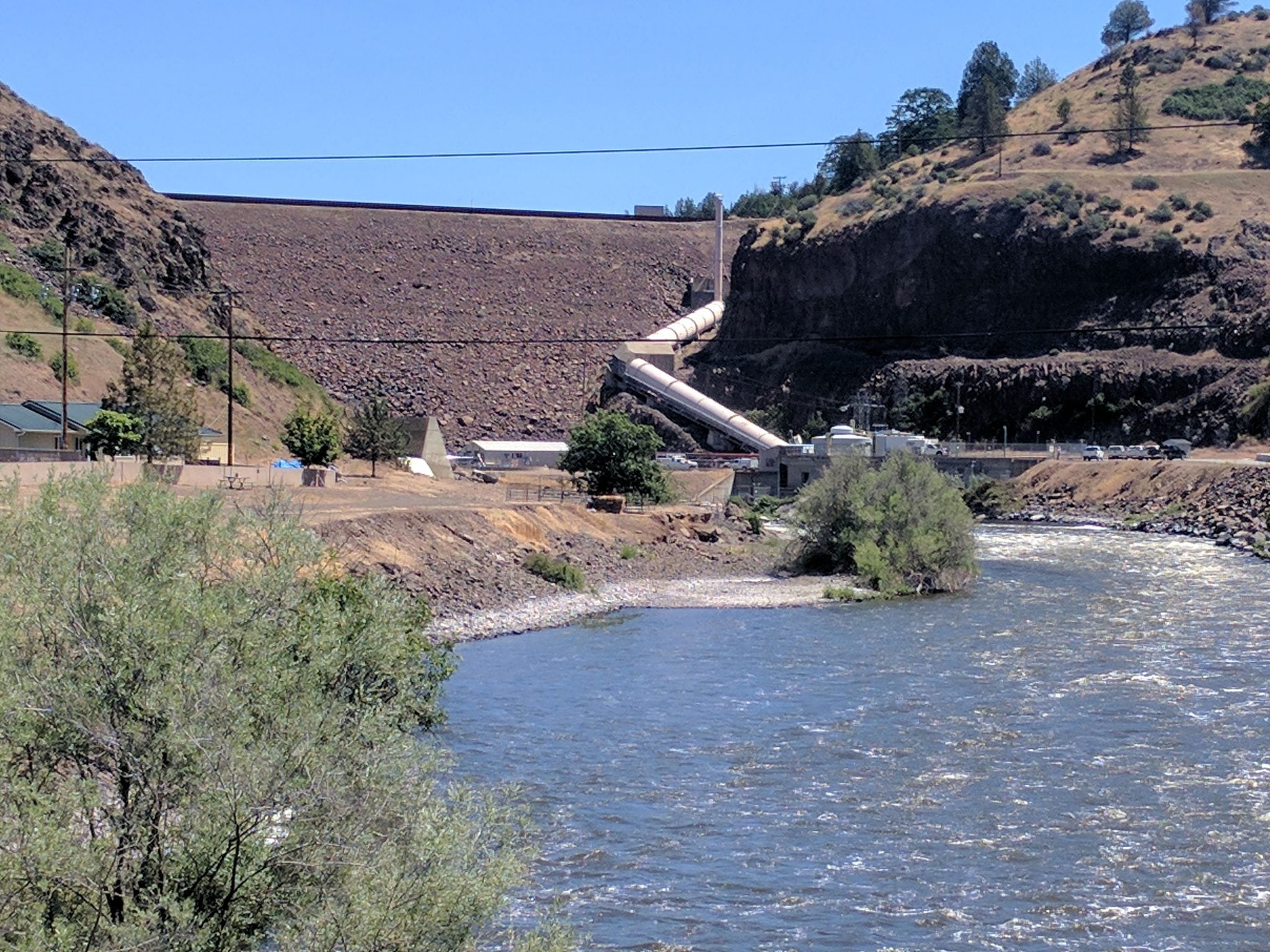 The first of the Lower Klamath River dams was built 100 years ago (the Copco 1, completed in 1918) and blocked over 300 miles of spawning habitat for Klamath Chinook salmon, an important source of food for the endangered Southern Resident orca population.  Dam removal is expected to improve water quality, revive fisheries, and boost tourism and recreation opportunities in the area – and replenish a vital supply of food for the Southern Residents, with Klamath Chinook expected to return to up to 81% of their historic levels.

As the salmon populations the orcas rely on continue to decline in the U.S. and Canada, efforts to restore and rebuild salmon watersheds in the Pacific Northwest and California are more important than ever.  “Supporting restoration of the Klamath River was the first campaign in our work to save the Southern Resident orcas and the salmon they rely on” says Colleen Weiler, WDC’s Jessica Rekos Fellow for Orca Conservation.  “I am thrilled to see dam removal in the Klamath come one step closer to realization, and not a moment too soon for the Southern Residents, who continue to struggle to find enough salmon to feed their families.”

In the summer months, the Southern Resident population can usually be found in the transboundary waters of the Salish Sea between Washington State and British Columbia, Canada, foraging on salmon returning to Canada’s Fraser River and rivers in Puget Sound.  However, in recent years the orcas are spending less time in their core summer habitat as those salmon runs have declined.  This emphasizes the importance of ensuring abundant salmon is available in their coastal habitat, from Vancouver Island to Northern California, to feed the orcas from late fall through early spring, and possibly now in the summer months, too.

Dams in the U.S. operate on 50-year licenses, and when the dams of the Lower Klamath Project came up for renewal in the mid-2000s, FERC (which manages hydroelectric dams and other energy-related infrastructure in the U.S.) required PacifiCorp, the private company that owns the dams, to upgrade to modern-day safety and environmental regulations.  Rather than spend hundreds of millions of dollars on costly modifications, PacifiCorp opted to remove the dams, and the idea was incorporated into the development of a unique and historic stakeholder settlement intended to address water conflicts in the Klamath Basin.  The potential for restoration of the watershed led to widespread support, including from WDC and thousands of you who signed our letter to PacifiCorp.  The benefits to Southern Resident orcas from restoration of the Klamath Basin was the focus of our original Don’t Let Orcas be Dammed campaign.

Unfortunately, legislation to ratify the agreements failed to pass Congress multiple times, and dam removal and restoration of the watershed were continuously stalled.  In 2016, PacifiCorp signed a separate agreement with the states of Oregon and California to develop their own path to dam removal, seeking approval through FERC instead of a deadlocked Congress.

The KRRC was developed as an independent non-profit to oversee decommissioning and removal of the four dams.  With the proposal for removal officially submitted to FERC, the final hurdle now lies in approval of the plan and the granting of a decommissioning license to the KRRC.  In 2017, salmon returns to the Klamath River were so low that the Yurok Tribe, which traditionally fishes the Klamath, had to buy salmon for their annual salmon festival.  Now is the time to remove these four outdated dams, restore the Klamath, and bring back salmon for all those depending on them, including the Southern Resident orcas.

FERC and an independent advisory council will review the 2,300-plus page plan, make suggestions and request additional information, and are expected to approve the plan and decommissioning licenses.  As this process moves forward, WDC will continue to be a voice for the orcas and speak up for the importance of this project for the Southern Residents.  We could not have reached this milestone moment without your help – thank you for supporting this effort, and for speaking up for salmon, rivers, and orcas. 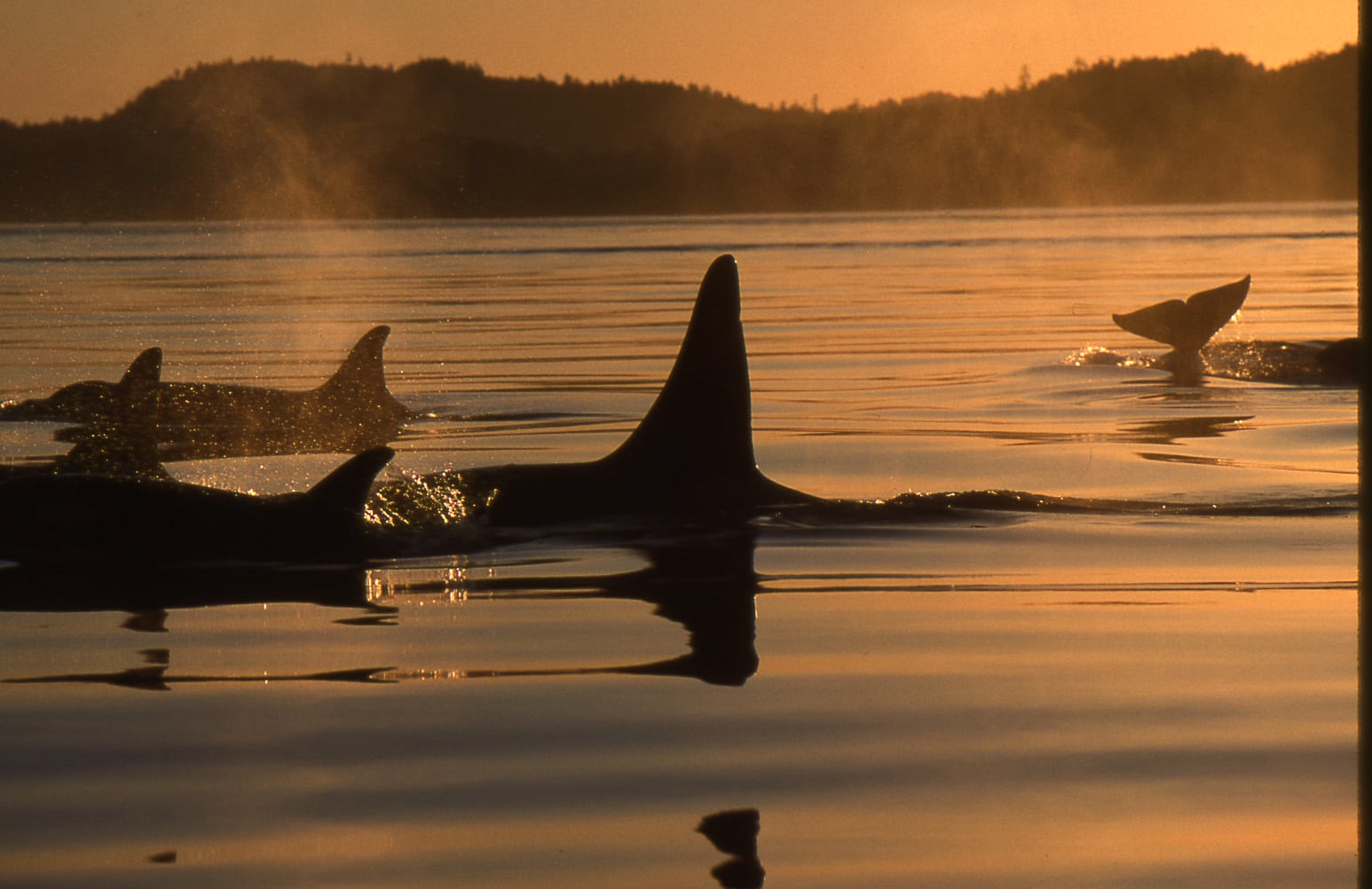