Colleagues from the Far East Russian Orca Project (FEROP) have encountered one of the rare white orcas off the Commander Islands, about 100 miles off the coast of the Kamchatka Peninsula in Russia. The orca, known as Mama Tanya, was last seen in 2010.

Research indicates that between 5-8 orcas in this population may be white and most are probably true albinos rather than leucistic. This population appears to contain more white orcas than any other, the most famous being a male orca known as Iceberg.

Find out more about white whales and dolphins. 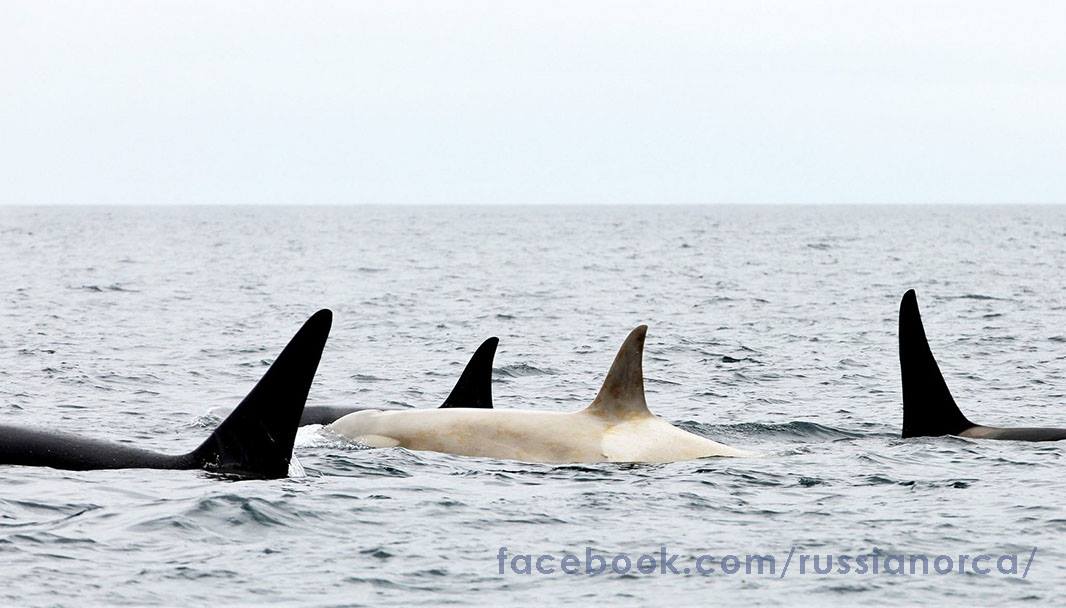