New research has revealed that not only do bowhead whales have the most diverse song range amongst whales, but that they may be singing their own vast and unique selection of ‘jazz’.

Kate Stafford, an oceanographer at the University of Washington’s Applied Physics Laboratory in Seattle, studied a large group of the whales, listening in to their underwater concerts. She was amazed by what she heard and recorded.

Stafford and three colleagues counted 184 distinct melodies over a three-year period sung by over 200 bowheads off the east coast of Greenland. This ranks bowheads as possibly the most prolific composers in the marine mammal and animal kingdom, with only song birds able to reach the same level. 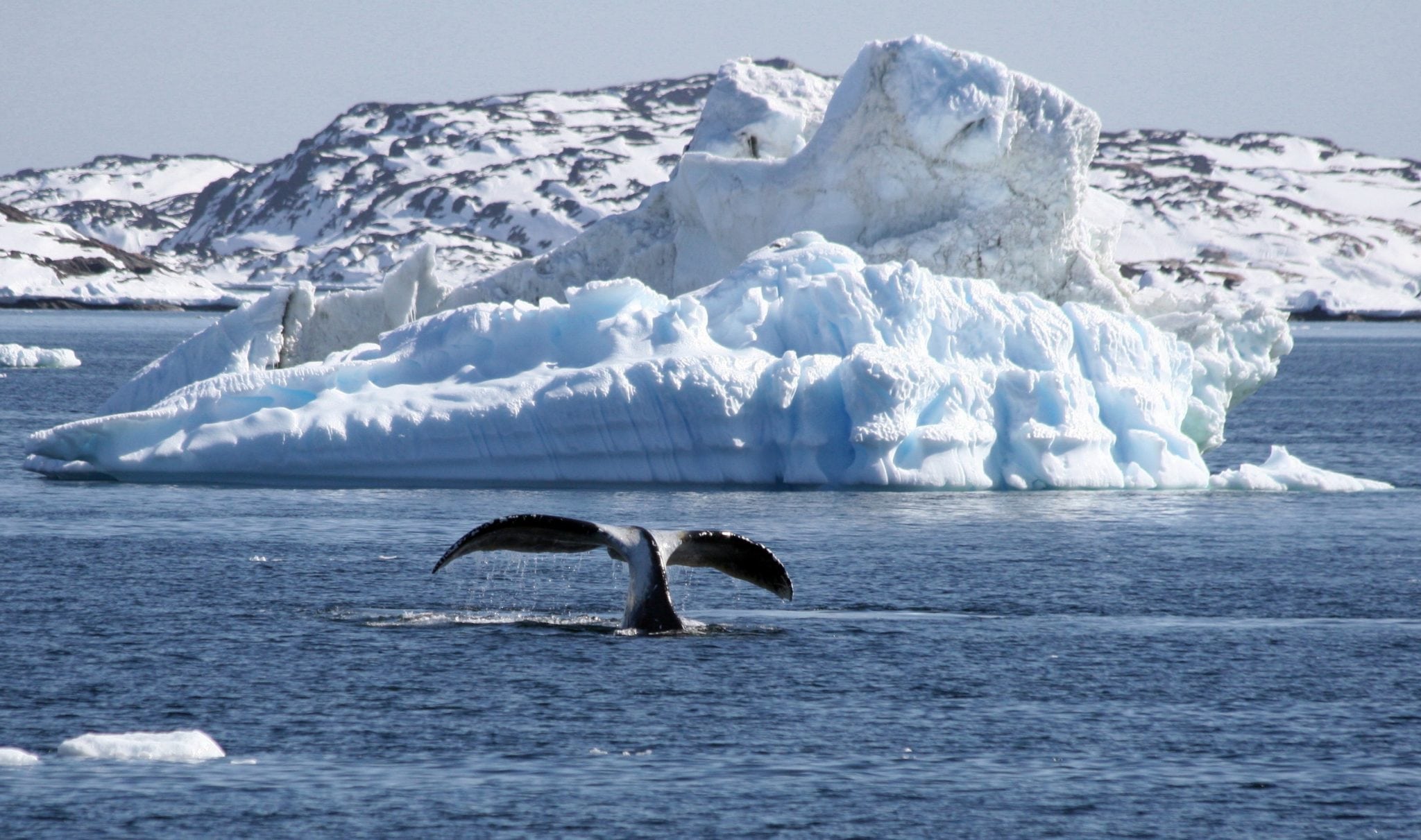 Over the course of four winters, the free-form, jazz-like song types were never repeated, with an entire set of new songs used each season. Bowheads are far more versatile than other whales it would seem and appear to improvise new songs all the time.

Bowheads get their name from their distinctive arched upper jaw. The second species to become the primary target of commercial whaling, they were hunted to near extinction in the middle of the 20th century and four of the five remaining populations of bowhead whales are listed as Vulnerable, Endangered or Critically Endangered. Found only in Arctic and sub-Arctic regions, it would be difficult to confuse the bowhead whale with any other large whale as few range this far north except the occasional humpback or grey whale.