Following the death of a bottlenose dolphin calf called Holly, local experts are calling for tighter controls on speeding boats and other watercraft in Adelaide’s Port River.

Holly was only a week old when her body was found on January 2nd. An autopsy found signs of “blunt trauma”, possibly caused by a boat.

Findings from the South Australia Museum, who carried out the autopsy, indicate that 17 of the 35 known dolphin deaths in the Adelaide Dolphin Sanctuary during the last 13 years had injuries consistent with boat collisions.

Dr Mike Bossley, whose work studying the dolphins WDC supports through our Adopt a Port River dolphin programme, told the Adelaide Advertiser: “The trouble is there are places that have got a speed limit of 10 knots (20km/h) that people just ignore and go flat out and there are plenty of places where there is no speed limit – that’s why there needs to be a review of the speed limits.”

Holly was the daughter of Ripple, one of the adoption dolphins and was born just before Christmas. Several other calves have been born in recent weeks in the area, where maximum penalties for harrassment can include two years imprisonment or a $100K fine.

Find out how you can adopt a Port River dolphin 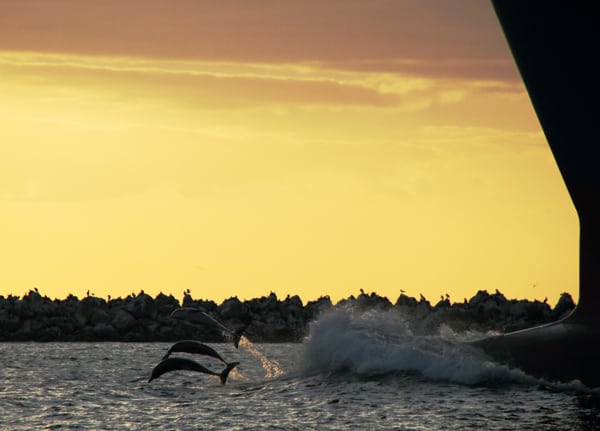