After years of campaigning by WDC and others, the Scottish government announced today that it is considering the creation of four new marine protected areas (MPAs) around its coastline, which will now go out for public consultation.

WDC first proposed the three sites that include Risso’s dolphins and minke whales back in 2011. Thanks to the help of our supporters, WDC was able to provide 36,000 signatures and supporting scientific evidence to Richard Lochhead (then Cabinet Secretary for the Environment in Scotland) in 2012. We congratulate the current Cabinet Secretary, Roseanna Cunningham, for bringing these proposed MPAs to consultation, and Scottish Natural Heritage and Marine Scotland for their work in getting them to this stage. 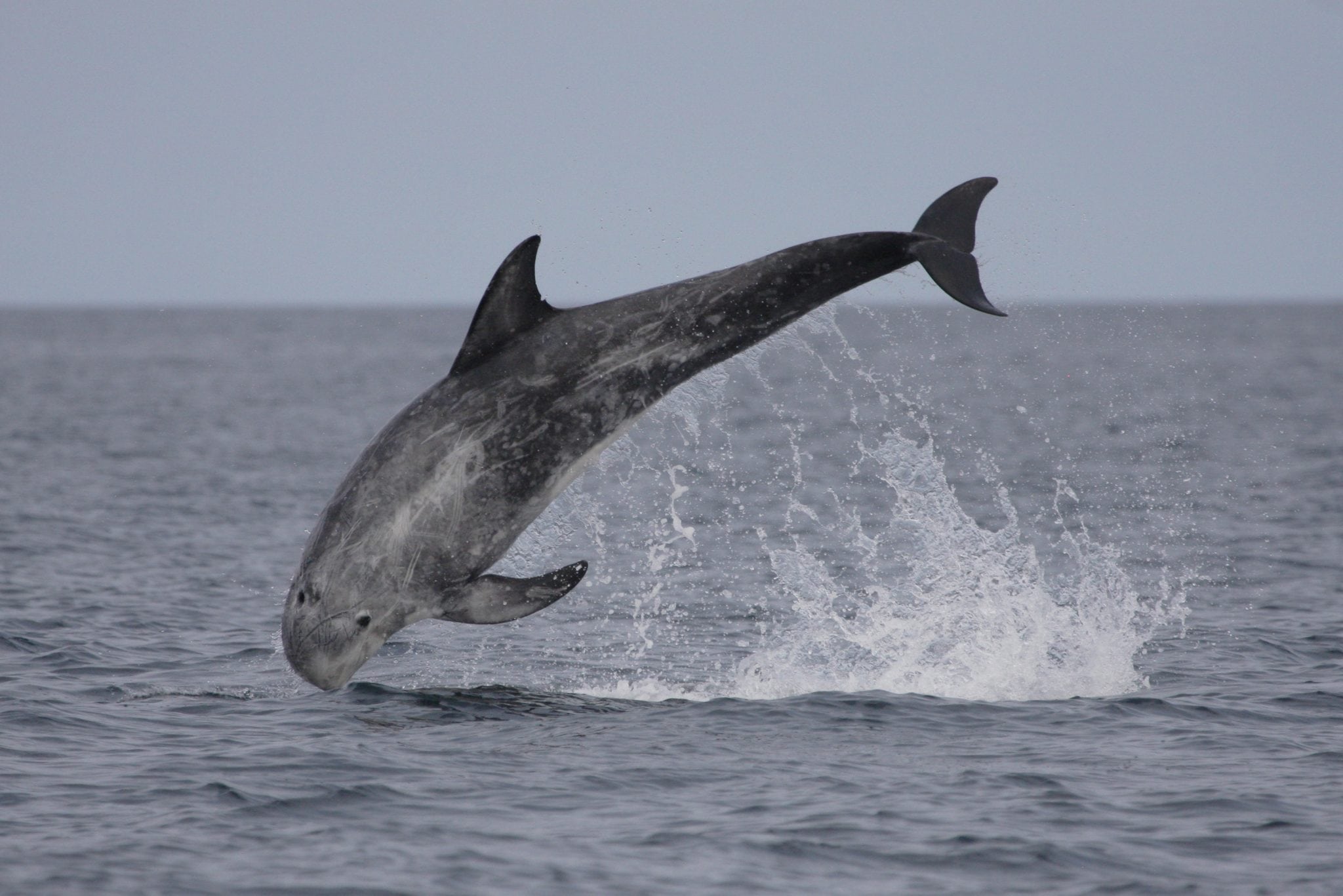 Whilst whales and dolphins are ‘strictly protected’ in all Scottish waters, Scotland contains some areas where significant aggregations of both species occur and these areas are essential to important activities such as raising calves, feeding and breeding. Oversight of all activities in these areas will ensure that minke whales, Risso’s dolphins and other species that rely on these important habitats can thrive.

Welcoming the news, WDC’s Policy manager in Scotland, Sarah Dolman, said: “WDC is thrilled with this announcement and we applaud the Scottish Government for taking this important step. Whales and dolphins are an essential and much loved part of Scotland’s marine environment and heritage. Designation and management of these MPAs will put Scotland on the centre stage for mobile species MPA protection and will contribute to an increasingly impressive MPA network. WDC are very proud to have proposed the three mobile species MPAs back in 2011, and to work with the local communities that help us to collect the data and the supporters who have written in support of these MPAs.“

WDC has been studying the Risso’s dolphins on Lewis since 2010, where we run boat surveys to understand the calving and feeding behaviour and where one of our Shorewatch community groups record sightings all year-round from Tiumpan Head on North East Lewis, overlooking the Minch.

We see a number of Risso’s dolphins repeatedly in the same area over the years, including Lucky (a female who has a badly disfigured dorsal fin – likely the result of an interaction with a propellor) first seen by scientists in 2005 and resighted by WDC team in 2011 (accompanied by a calf of only a few months old) and again in 2015.

Nicola Hodgins, who leads the Isle of Lewis research for WDC, said: “Initial analysis of the photo-identification of the Risso’s dolphins that use the area designated as a “proposed MPA” off the NE of Lewis has provided evidence of a high rate of site-fidelity (meaning individual dolphins return to this same area year after year). Some, like Lucky, are returning with calves, others accompanied by the same pod mates as years before. One thing is for sure, this habitat is extremely important for all of them, providing opportunities for feeding, socialising and raising their young.”

The four proposed areas are:

WDC has worked closely with our Scottish marine conservation colleagues at through Scottish Environment Link to get these MPAs in place. 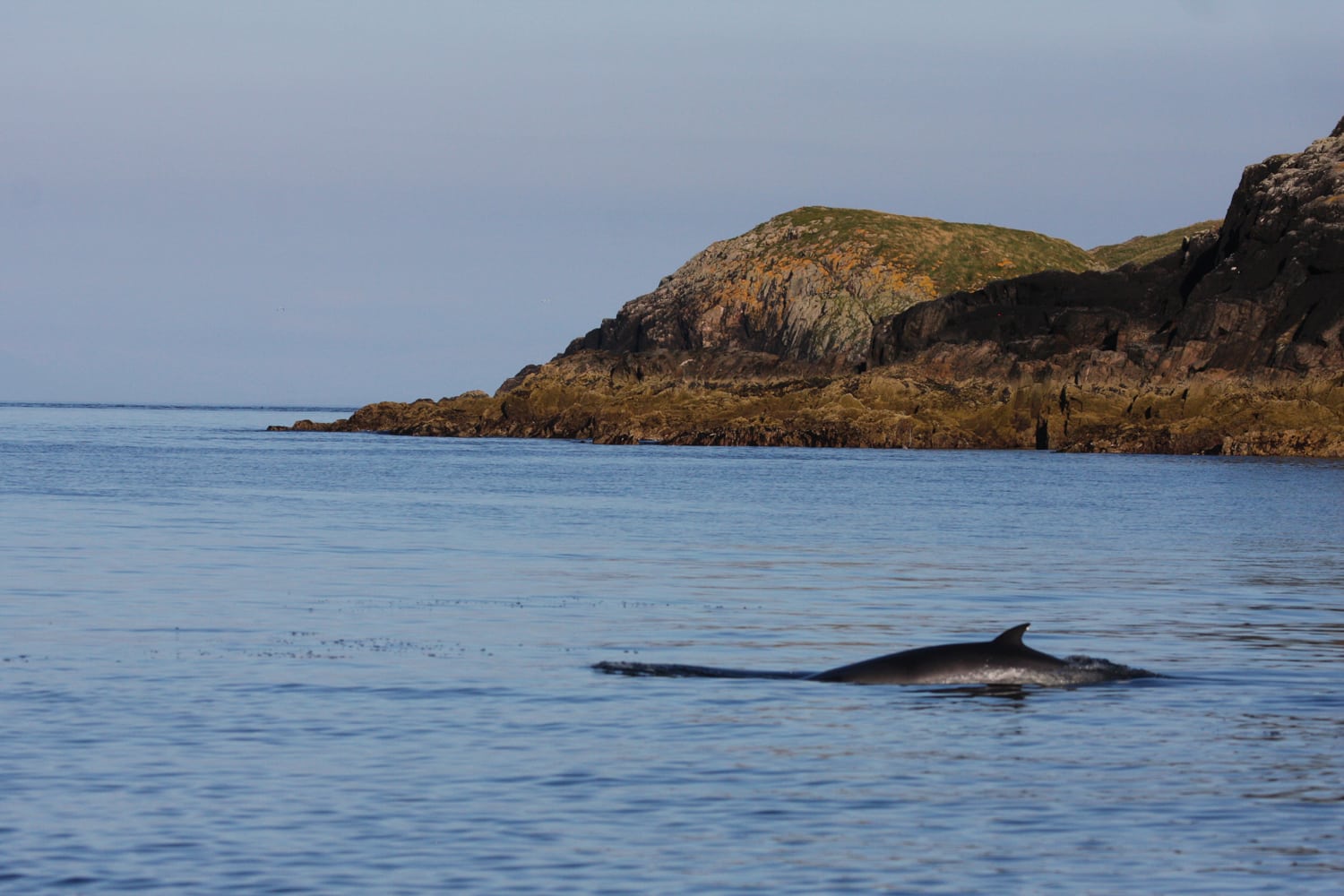