A report just published by ICES (the International Council for the Exploration of the Seas) reveals that EU Member States are failing to adequately monitor the number of dolphins, porpoises and whales dying as a result of accidental entanglement in fishing gear (bycatch) in EU waters.

ICES provides annual expert bycatch advice to the European Commission and its report on 2016 fishing activity has just been published. It concludes that Member State efforts to conduct observations of fishing activity are not good enough to provide an assessment of the numbers of dolphins, porpoises and whales dying. 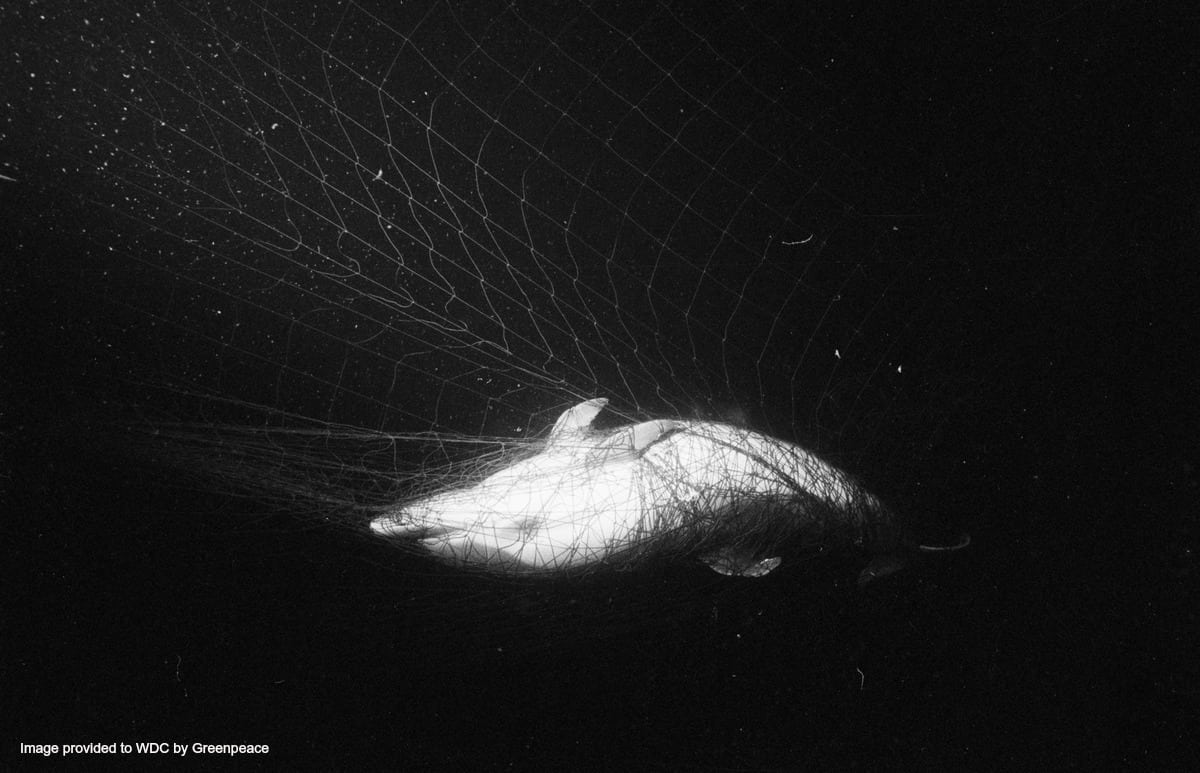 EU Member States are required to provide accurate reports on the numbers of unintended species caught by their fishing fleets. For 2016, Finland, Italy and Spain failed to submit any data and the reports that were submitted were of varying quality. The UK was the only country to submit the level of detail required, but even the UK figures involved estimations.

Monitoring efforts on fishing boats need to be stepped up dramatically if we are to get an accurate picture of the scale of the bycatch problem.

The report specifically advises that a dedicated observer programme is needed in the Bay of Biscay, following another winter of high common dolphin bycatch – observed from strandings on the French coast, as well as on the Irish and in the South west of England.

Previous ICES reports have identified serious bycatch concerns with high levels of bycatch off the Iberian Peninsula, in the North Sea and off Andalusia, amongst other areas.