Reports from Spain have emerged regarding an incident on a tourist beach in which a baby dolphin died after apparently being removed from the sea by bathers.

The small dolphin, reportedly a female became stranded in shallow waters in Mojacar, southern Spain after losing her mother. Witnesses say that sunbathers passed the baby dolphin around for selfies on the packed tourist beach.

By the time animal welfare experts arrived at the scene, the dolphin had died. Equinac, a group which protects marine wildlife in the area, criticised the bathers for being “obsessed” with taking photographs.

In February last year, holiday makers in Argentina were criticised for causing the tragic death of a baby franciscana dolphin after removing the calf from shallow waters on a popular beach. 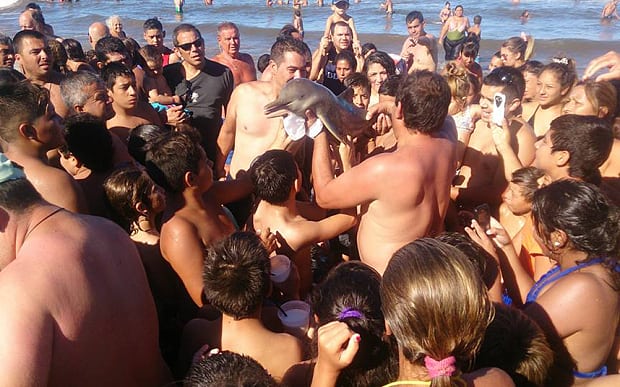 We should stop taking selfies and start looking in the mirror. Read WDC’s thought provoking blog.