Marineland Canada has issued a statement announcing the death of Gia, a beluga whale held in captivity at the park.

The statement says that Gia died suddenly, and that preliminary investigations indicate the cause of death was a twisted small intestine that resulted in a fatal blockage.

Several years ago, the facility was criticised after a series of investigative articles were published in Canadian newspaper, The Star, detail the suffering of marine mammals at theme park. 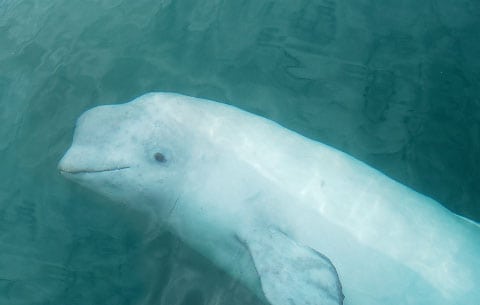 Keeping whales and dolphins in tanks is wrong. Wild whales and dolphins can travel up to one hundred miles a day. They are highly intelligent and live in complex societies. Yet, they are still taken from their homes and families and confined them for human ‘entertainment’.

WDC is currently working with Merlin Entertainments to establish a sanctuary for beluga whales held in captivity.

Donate to help create a sanctuary.