Whale poo and its contribution to marine productivity and climate change mitigation will be part of the agenda of the 28th International Congress for Conservation Biology, which opened July 23 in Cartagena, Colombia.

Scientists will consider how a range of eco-friendly services provided by whales could underpin conservation decisions made by large organisastions that determine the future of the planet.

For most people, whale excrement is literally just a drop in the ocean. But for scientists, including some participating in the Congress for Conservation Biology, the role of whales, dolphins and porpoises in the healthy functioning of the marine ecosystem—even in climate regulation—is a topic of growing interest.

The role of whales in the functioning of the marine ecosystem is indisputable. Their faeces, rich in iron, nitrogen and other nutrients, act as a fertilizer, increasing the productivity of small algae known as phytoplankton that underlie the entire marine food web.

This fertilization can also help to lessen the effects of climate change. The phytoplankton help to remove (or sequestrate) thousands of tons of carbon from the atmosphere each year.

The massive bodies of whales also lock up carbon, including on the sea floor where their carcasses can sustain dependent organisms for several decades.

The ecological contribution of whales to a healthy planet was formally recognized on the international stage for the first time in 2016 when the body that regulates whale hunting (International Whaling Commission) adopted a resolution submitted by representatives from Chile on “cetaceans and their contribution to the functioning of ecosystems.

This move was a significant shift for the Commission, moving from an organisation managing the issue of whaling, to one that must now integrate the ecological, economic and social value creatures like whales into its decision-making. 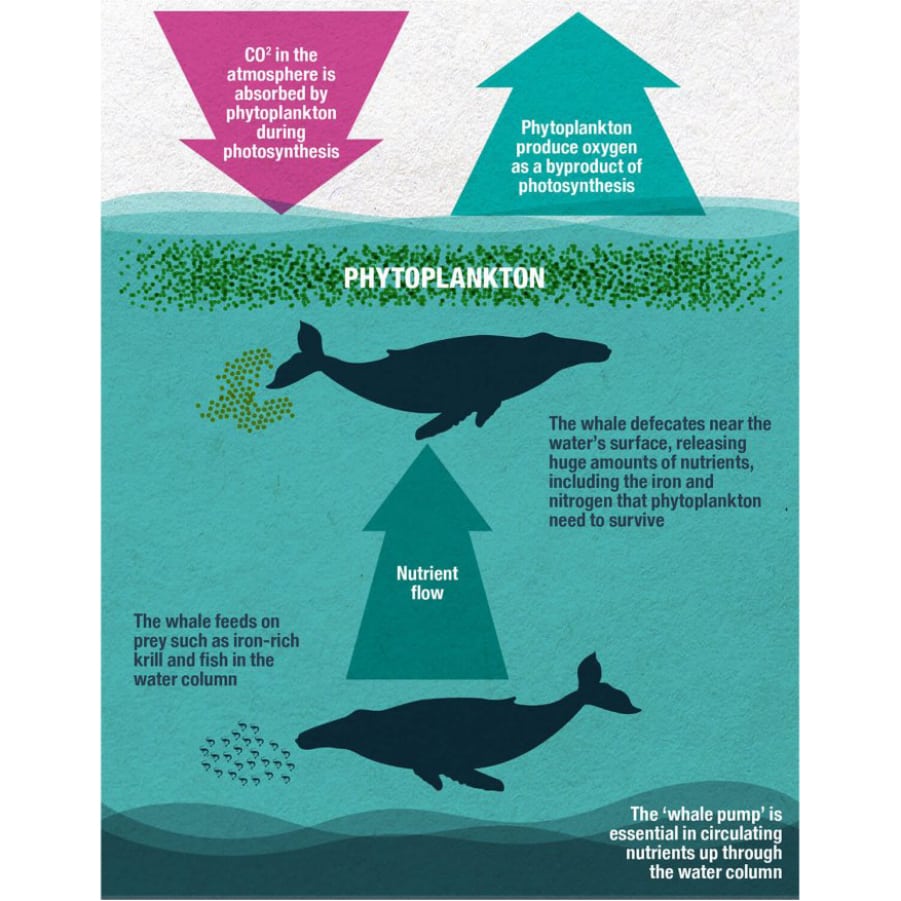 A workshop on the 26th July at the congress in Colombia will look at the scientific background and economic implications of the natural ecological services provided by whales and discuss how policy-makers can integrate them into pro-conservation decision-making in international environmental agreements such as the United Nations Framework Convention on Climate Change and agreements on the management of fisheries.

“The bottom line of the conversation is that we need whales – protecting their future protects ours”, says WDC’s CEO, Chris Butler-Stroud. “There are no levels of their removal that we should consider sustainable – whether it be a loss from hunting, collision with ships or accidental death in fishing nets. Killing whales and removing them from their roles as ecosystem engineers is ultimately our loss and it needs to stop.”

More on why we should protect whales and dolphins here.