The latest report on the numbers of dolphins and porpoises killed in fishing nets and gear in waters around the UK reveals the estimated total caught accidentally by the UK fishing industry is still alarming high, and highlights that too little is being done to stop these unnecessary deaths.

The report, released by Defra (Department for Environment, Food and Rural Affairs) estimates that 285 common dolphins were caught in UK gillnets alone in 2016, a similar number to previous years. No estimates are provided for the numbers of dolphins accidentally caught in trawlers. In addition, about 1200-1482 porpoises were reported caught in UK gillnet fisheries, depending on whether pingers (acoustic devices attached to nets to drive marine mammals away) were in use.

As data is limited, there is a lack of confidence in the numbers of deaths that are reported. The number of stranded dolphins alone indicates real figures are likely to be far higher, particularly for common dolphins that die in large numbers in the south west of the UK and wider area each year. Dolphins are also caught in the nets of other nation’s vessels fishing in and around UK waters.

The report highlights the benefits of pinger use and reductions in porpoise deaths where they are employed in gillnets. Pingers are required on some vessels under EU regulation, but are the only method used by UK fishing fleets to reduce the numbers of marine mammals dying in nets.

Pingers will also drive porpoises away from important feeding grounds, and so there are uncertainties and concerns around their use, particularly in protected areas. In addition, the use of pingers is not fully enforced to ensure the batteries on the devices are working and appropriately set to be effective.

‘This annual report once again shows not just an indication of how many deaths are occurring, but also how few solutions are being employed to reduce the toll’, says WDC’s Sarah Dolman. ‘Pingers are not yet proven for dolphins and, although some fishermen are using them voluntarily on gillnets deployed from small vessels and trawlers, and we wholeheartedly support all voluntary efforts to reduce dolphin and porpoise deaths, there is no requirement for this so the approach is piecemeal. We need to use all effective solutions available – and urgently where scientists have shown that bycatch levels may be having a population level effect, such as for common dolphins off the southwest.

YOU CAN HELP. STOP THOUSANDS OF DOLPHINS, PORPOISES AND WHALES DYING IN FISHING GEAR EVERY YEAR IN UK SEAS.

‘Whilst the UK is following the letter of the EU law, and does more than most other member states, clearly we are not doing enough. Fisheries Minister, George Eustice has publically stated the government’s commitment to improve bycatch efforts, which is very welcome news. It is important that the UK does more to continually reduce the numbers of dolphins and porpoises dying in fishing gear each year and we look forward to working with them and the fishing industry to achieve this aim.’ 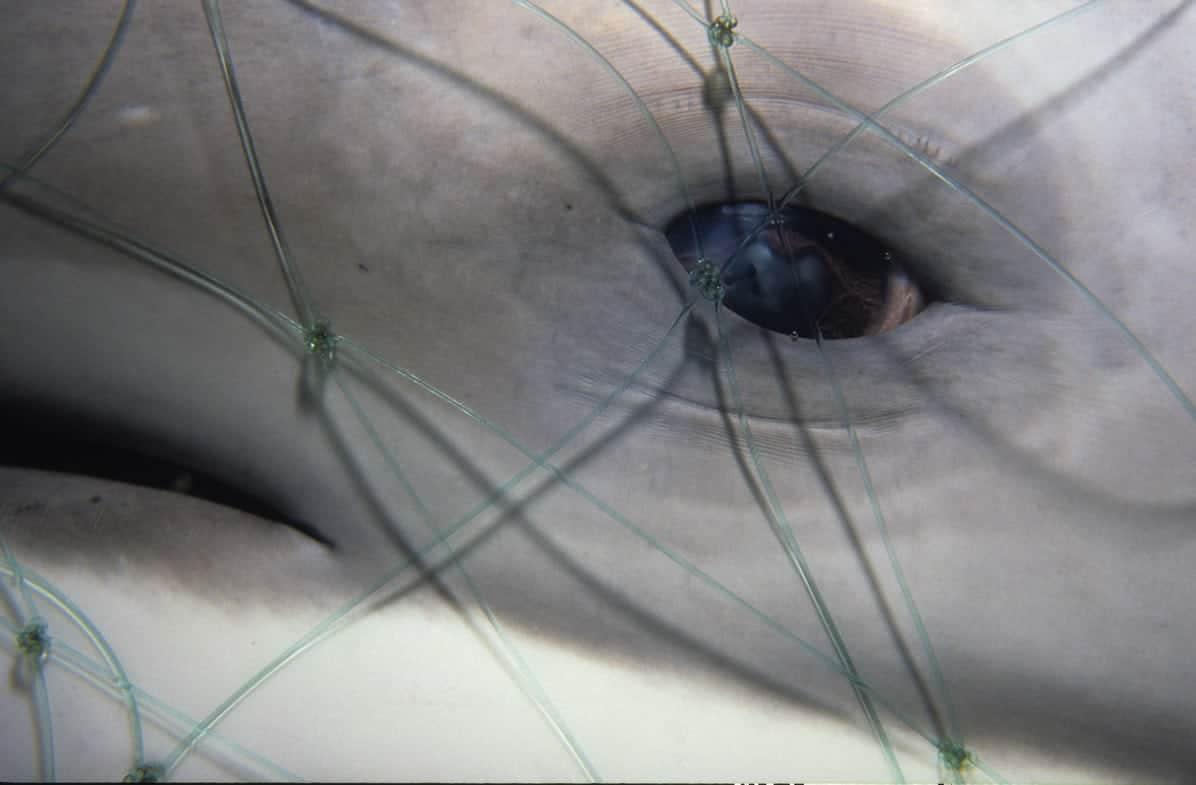 ‘These deaths have continued for decades’, says Dolman. Pingers do the job of scaring some porpoises away from nets but there are other consequences that need to be addressed. Consideration needs to be given to more sophisticated solutions like using pingers alongside other approaches including restricting fishing in certain areas of high densities of dolphins or porpoises at certain times of the year where bycatch occurs.

‘Despite the evidence and recent reviews by scientific experts and the EU Commission that monitoring and mitigation measures are not currently fit for purpose, we are concerned that bycatch measures will not be improved at the EU level, and they are clearly not doing enough to act on this either. In the UK and across the EU, we need to evaluate and increase monitoring and bycatch reduction efforts’