At the end of May WDC, its Shorewatch volunteers and our friends at the Sea Watch Foundation attended the annual Orca Watch week in Caithness, Scotland. Now in its 6th year the project was the idea of local legend and Sea Watch Coordinator, Colin Bird, who was keen to measure what effect the installation of underwater turbines in the Pentland Firth would have on the presence of orcas which were known to use this body of water at certain times of the year.

Since its inception in 2012 the event has grown steadily and now attracts hundreds of people over the course of the week including dedicated whale watchers, tourists and both local and national media. Our main viewing point was Duncansby Head just east of John O’Groats but we also had teams of other observers along the coast as well as on the ferry which headed across the Pentland Firth to the Orkneys twice daily.

Kathy James, Sea Watch Foundation’s Sightings Officer has compiled the sightings data together with an entertaining overview of the week’s events which can be seen here. Data is still being analysed but orca were sighted on 19 occasions between May 20th and the 28th. Other cetaceans spotted include Risso’s dolphins, minke whales and harbour porpoise. 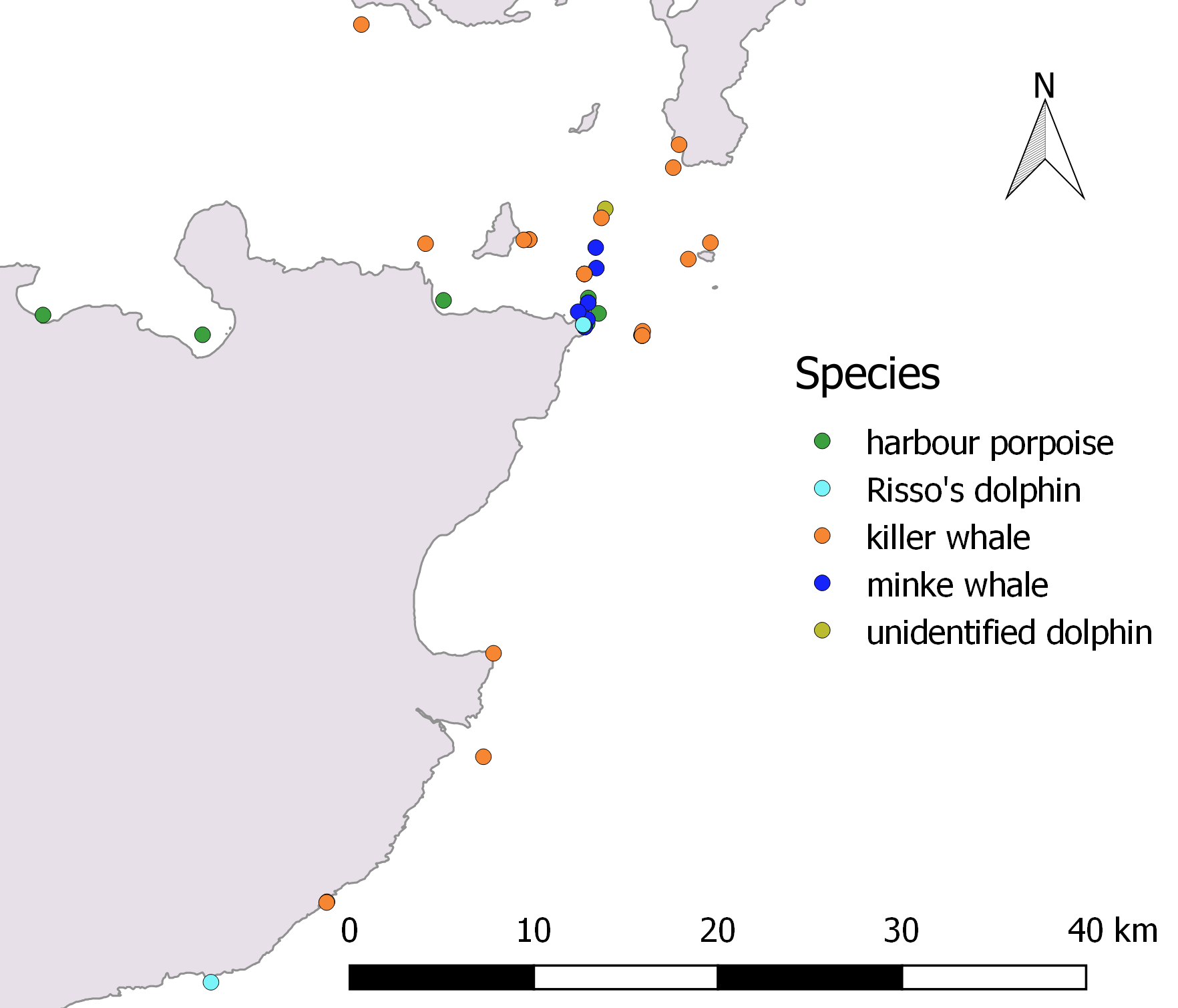 While writing this update regular reports are still coming in of orcas spotted off Scotland’s northern coastline as well as around the Orkney and Shetland Isles. Dedicated social media sites encourage people to submit their whale and dolphin photos to enable researchers to build a more comprehensive picture of how orcas are utilising this area during the summer months. It is important for people on the water to know that all photos should be sourced responsibly to avoid any undue stress to the whales. Most photos are clear enough to allow researchers to identify who’s who amongst the pod and perhaps one of the most distinctive orcas regularly seen is Mousa who travels down from Iceland with her family in Spring each year. Last year Mousa was regularly seen off the Caithness coast in early summer before heading north to the Shetlands where the family appeared to spend most of August and September. 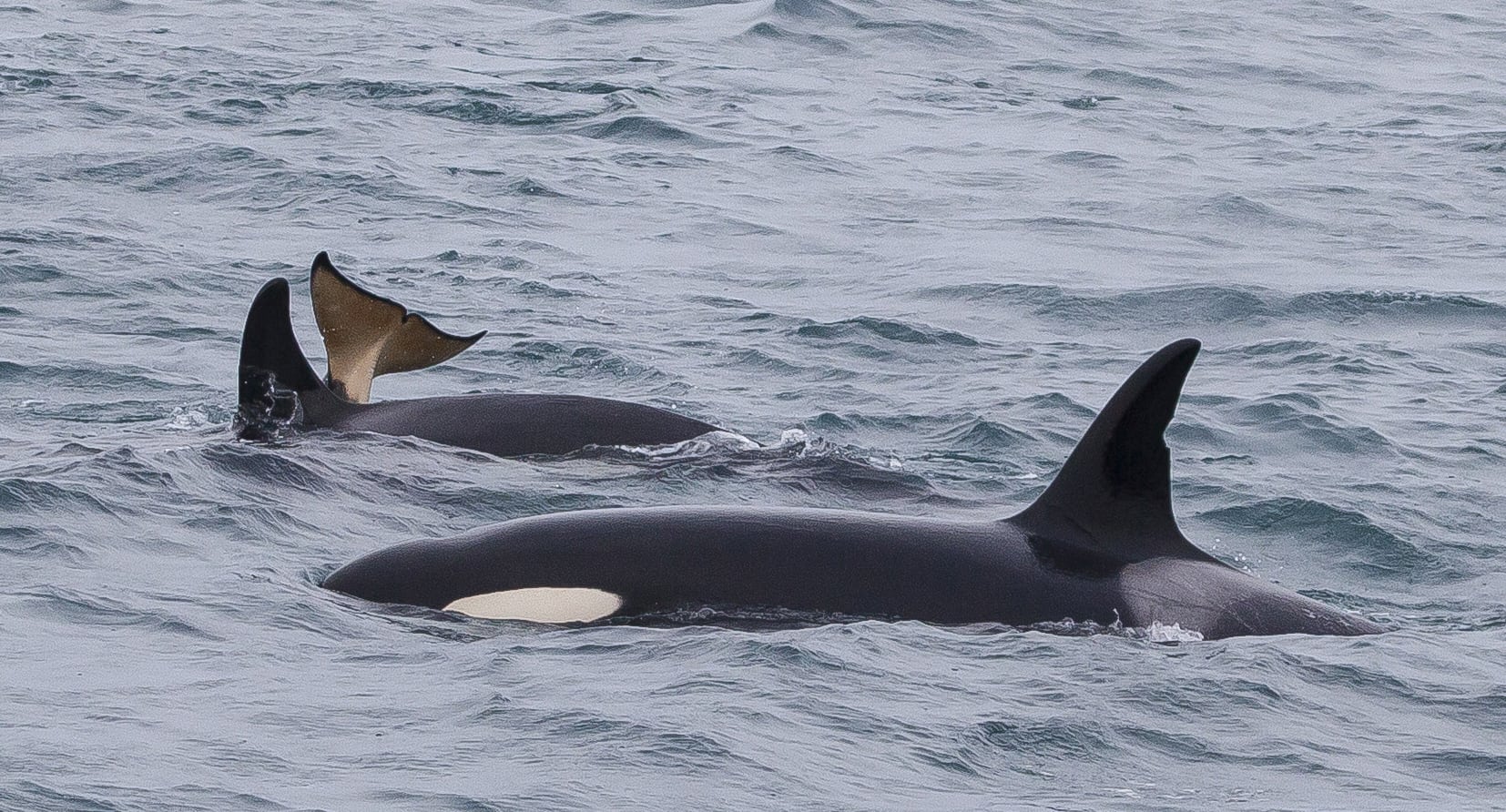 There are currently 432 orca in the Icelandic orca ID catalogue but to date it appears that only a handful – maybe a dozen or so – make the trip south each year. Why this is nobody is entirely sure but those that do come appear to be switching their food preference from hunting herring in Iceland to seals in Scotland.

The valuable information gleaned as to how and when orcas use this area will be used to inform conservation management policy and make sure the orcas’ voice is heard as our coastlines become increasingly developed.

I have no doubt that Orca Watch 2018 will be an even bigger and better event and, who knows, we may be able to add new fins to the database of orcas doing the Iceland-Scotland shuffle.

Looking for additional ways to support us?  Adopt an orca for monthly updates and news about orcas of the Pacific Northwest and around the world, subscribe to our blogs and enewsletters, make a donation, or support WDC while you shop!