A host of big names from the computer gaming world are joining WDC’s first ever 24 hour gaming marathon in aid of threatened wild orcas. Gamers for orcas is being run in partnership with Twitch and kicked off today, Friday 9th June at 4pm BST on WDC’s ‘gamersfororcas’ Twitch channel.

Streamer StaceyofGotham and Ksenia ‘vilga’ Klyuenkova of e-sports team ‘Team Secret’ are joined by GhostRobo, The Gaming Beaver, PinkSmurph, JessyQuil, HotTips and PanzerDuskAttack in the line-up, along with studios Sumo Digital, Codename Entertainment and Future Games of London. Long-time WDC partner, Relic Entertainment will also be pitching the makers of the Dawn of War and Company of Heroes franchises against each other in their ‘Kill Orks, Save Orcas’ stream from 6pm BST on Friday 9th.

All the money raised will help protect whales and dolphins and provide vital funds for our orca work. To give supporters an insight into WDC’s conservation work, YouTuber StacyPlays (pictured below) will also be joining the WDC team in North America over the Gamers for Orcas weekend to film a special Minecraft Field Trip as part of her YouTube series.

“I’m thrilled to be working with WDC to produce a ‘Field Trip’ to the ocean biome”, said Stacy. “Getting to see first-hand the work they are doing to protect whales and dolphins has been inspiring and I’ve already learned so much about the vital role whales play in the earth’s ecosystem. I can’t wait to share what I’ve learned with my viewers on YouTube.” 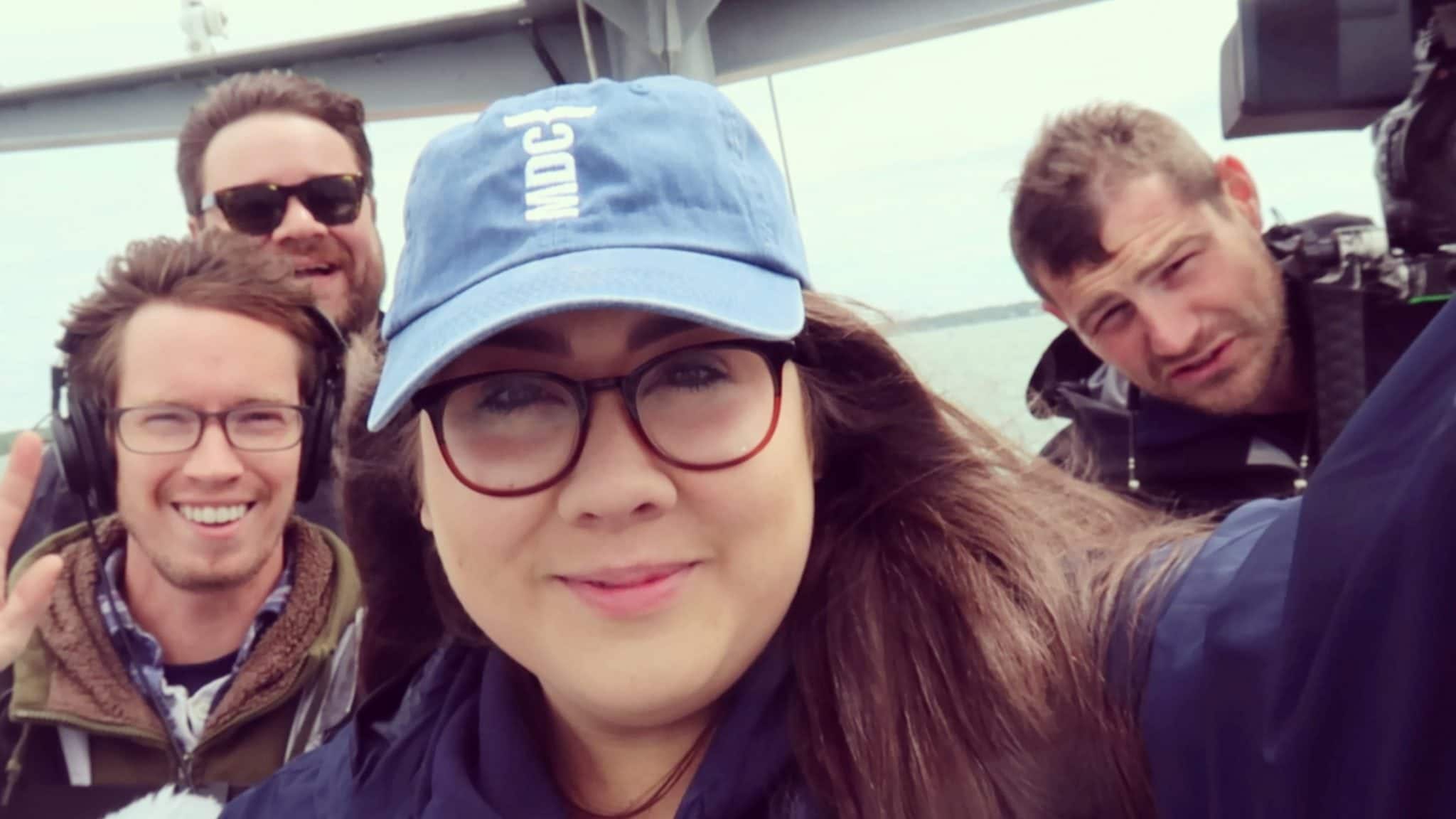 The Gamers for Orcas event has also been boosted by a special Oceans Day Bundle  from Humble Bundle, launched at 11AM PST on June 8th (World Oceans Day), with 100% of proceeds from the Bundle going to charity. The line-up features a range of ocean-themed games including the highly acclaimed underwater adventure, ABZU  (from Journey creator, Matt Nava and published by 505 Games) as well as Aquaria, UnderWater Adventure, RipTide GP:Renegade, Submerged and NEO AQUARIUM: King of Crustaceans. 505’s ‘Brother’s: A tale of two sons’, and SEGA’s classic Columns and Columns 2 complete the Bundle. In a break from the usual format, both Humble Bundle and all of the developers and studios involved are donating their income from the Bundle to charity – with WDC selected as the Oceans Day Bundle’s featured charity. 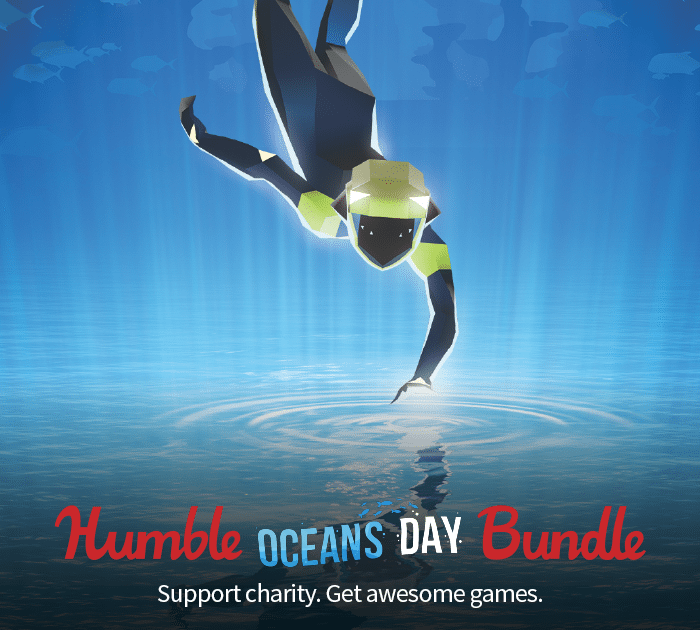 Erik Heiberg, brand manager at 505 Games said: “ABZÛ is an epic descent into the depths of the sea where you have the opportunity to experience a hidden world that exists beneath our oceans and connect with majestic creatures including blue whales, dolphins and orcas. ABZÛ was created by a team of people who are passionate about the oceans and helping to protect its wildlife so supporting WDC with the Oceans Day Bundle and their Gamers for Orcas event felt like a really natural next step in the journey of the game. We are delighted that it is going to help make a really positive contribution to WDC’s conservation work and campaigns”.

Abbie Cheesman, WDC corporate partnerships manager said: “We have been completely overwhelmed by the support we have received from Humble Bundle and all of the studios and developers involved, especially the teams at 505 Games and SEGA who have been instrumental in making this happen. We are also so grateful to have the opportunity to work with the team at Twitch and all of the amazing streamers who are giving up their time to support the event and raise much-needed funds to help continue WDC’s work to help keep orcas safe and free.”

WDC are also challenging members of the gaming community to run their own gaming marathons as part of the event, to fundraise and to raise awareness of the important work that WDC do around the world. People interested in taking part can register at https://givepenny.com/event/gamers-for-orcas

Read more about Gamers for Orcas at whales.org/gamersfororcas 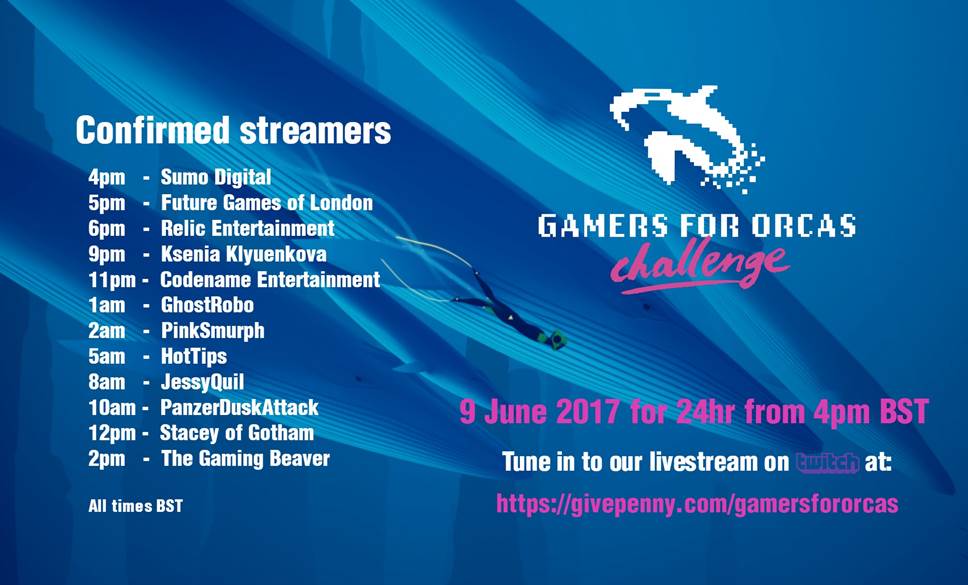