A new report published by The Royal Society looks at the reasons behind how modern day whales evolved to be so much bigger than their ancestors.

Scientists examined the lengths of over 60 extinct baleen whales, based on measurements of their skulls, and compared these with 13 existing baleen whales.

Using computer models, they were able to identify how gigantism appeared in different branches of the baleen whale family tree. It appears it was a fairly recent event, with whales of over 10 metres only evolving in the last 2-3 million years, despite having been evolving for around 36 million years.

According to the authors, the revelation that it was a relatively recent change rules out the possibility that the whales grew in size in response to the size of predators such as giant sharks, or falling ocean temperatures.

Instead, they believe it was more likely a response to changes in ocean currents that began to drive cold, nutrient rich water upwards, allowing large dense blooms of prey to develop. This encouraged the evolution of large mouths and large bodies that were more efficient in moving from one patch of prey to the next. In humpback whales, different techniques for catching their prey, such as bubble-netting, have also evolved.

The findings have raised concerns about what impact a changing climate, leading to further changes in currents and ocean temperatures, might have on food availability for the large whales in the future. 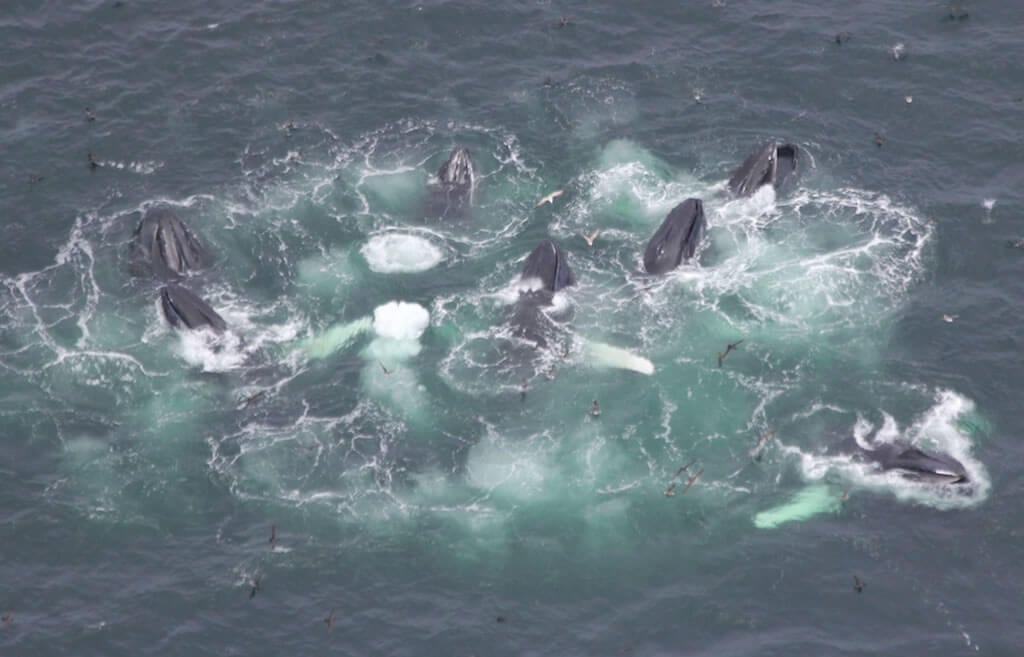