According to reports from Japan, two new species have been added to the list of those already allowed to be killed, and captured by fishermen in Taiji for use in captivity shows.

The Japanese Fisheries Agency (JFA) has included rough-toothed dolphins and melon-headed whales to the nine other species already listed.

Fishermen in Wakayama and Okinawa Prefectures filed a request to the Fisheries Agency in 2006 and it has now been approved on the grounds that, according to the JFA, there are 5,483 rough-toothed dolphins and 50,889 melon-headed whales, and that allowing the capture of these species is sustainable. They also believe that capturing the creatures for the next 100 years would not result in a decrease in their respective population sizes.

Initial plans are for the rough-toothed dolphins (46) will be used for captive display, whilst the melon-headed whales (704) will be slaughtered for their meat. No limits for hunting of other species have yet been decided. 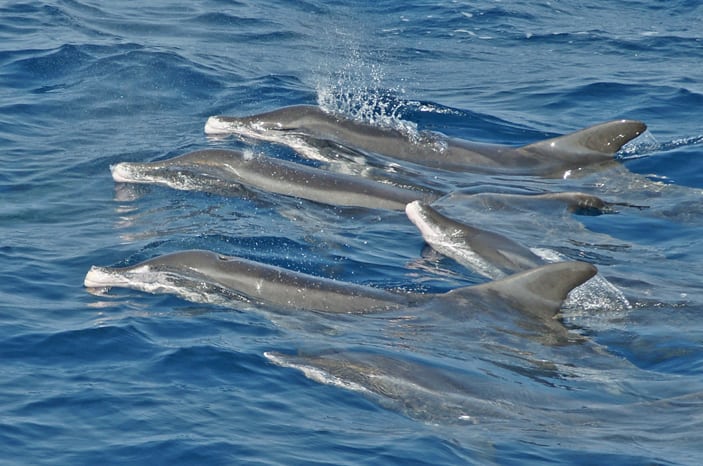 Rough-toothed dolphins  get their name from the unusual wrinkles on their teeth.

The dolphin drive hunts in Taiji run from September to April and involve the corralling of dolphins at sea and driving them into the confines of a cove where they are slaughtered for meat or kept alive for sale to marine parks and aquaria across the globe. Captive whales and dolphins taken in these brutal hunts are separated from their families.

The revenue of the Taiji dolphin hunts largely depends on live captures for aquaria. The price of a bottlenose dolphin is about 9,000 dollars as a live capture, while it is about 200 dollars for the meat.