It was lovely to see two of the WDC Adoption dolphins – Moonlight and Mischief – in close to the beach at Chanonry Point yesterday and despite the strong and very cold North-Easterly wind the light was lovely and good for photography, great for picking out fine details on the dorsal fins of the dolphins – this is how we identify individuals and big Mischief is more easily identified than most with the big, partially fused cut at the base of his fin and scratches and marks not just on his fin but on his head. One comment on a Facebook post suggested it looks like Mischief has had a tattoo ! Whatever he was doing yesterday he certainly had a glint in his eye and looked as though he was up to something – no wonder he’s called Mischief. 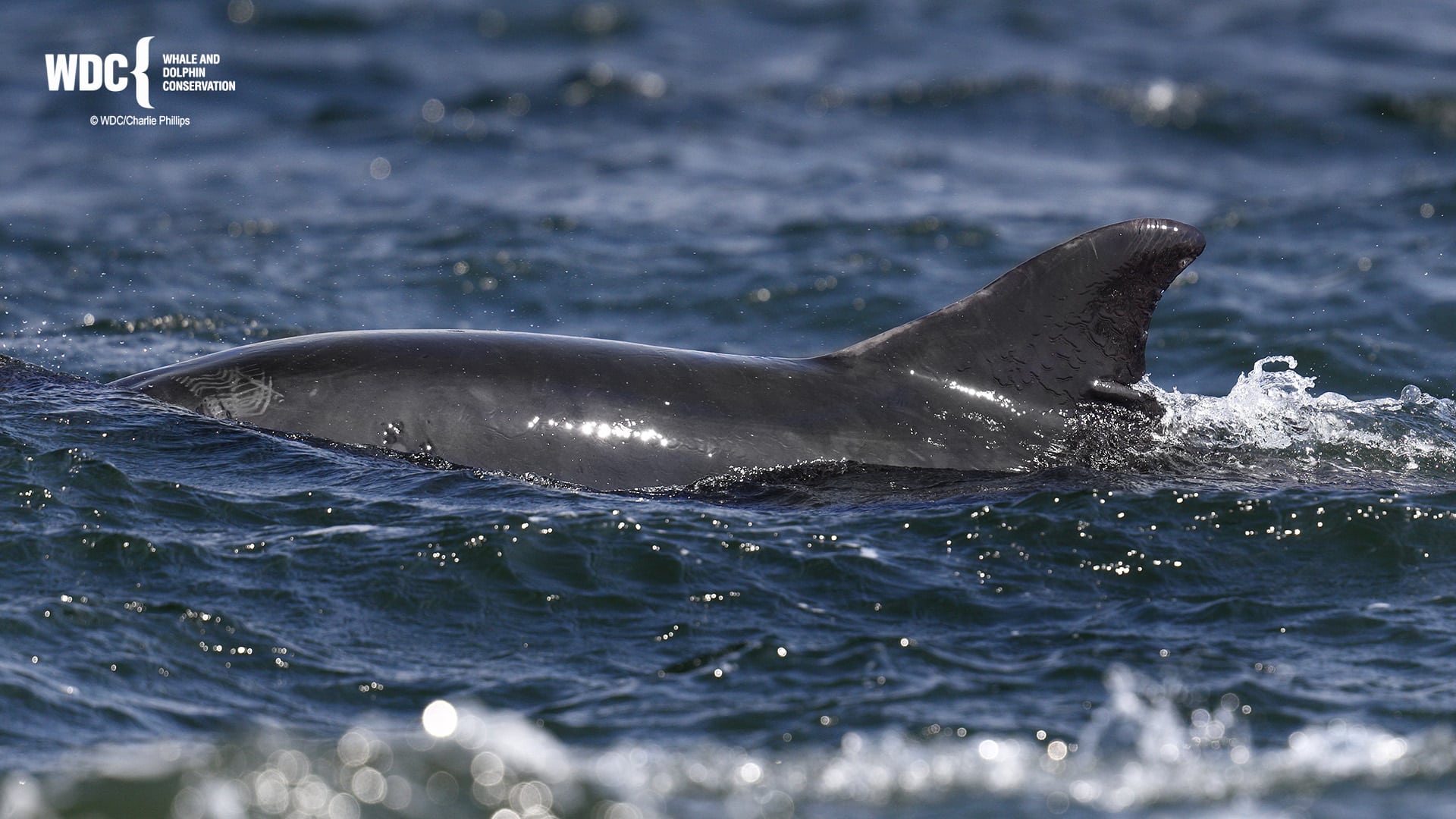